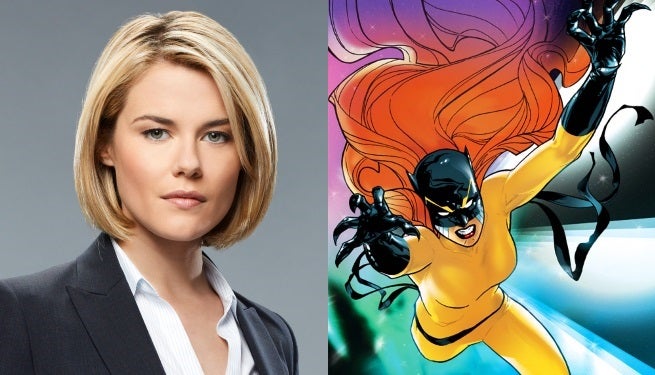 Trish is short for Patricia, and Marvel Comics fans may better know her as Patsy Walker, a.k.a. Hellcat.

After a tragic ending to her short-lived super hero stint, Jessica Jones is rebuilding her personal life and career as a detective who gets pulled into cases involving people with extraordinary abilities in New York City. Trish is a syndicated radio talk show host, former model and child TV star known to her adoring fans as "Patsy" Walker. As Jessica Jones’ closest friend, Trish helps her embark on the most dangerous case of Jessica's career. The character of Patricia Walker has roots dating back to 1944 with her first appearance in MISS AMERICA MAGAZINE #2, and in the comics Walker donned the super hero identity of Hellcat in 1976.

Taylor has appeared in many films, including the 2005 film based on Marvel’s Man-Thing, and Michael Bay’s first live action Transformers. She’s also played roles on televisions series such as Grey’s Anatomy, the recent Charlie’s Angels series, and, most recently, NBC’s Crisis.

The 13-episode A.K.A. Jessica Jones series will premiere on Netflix in 2015.