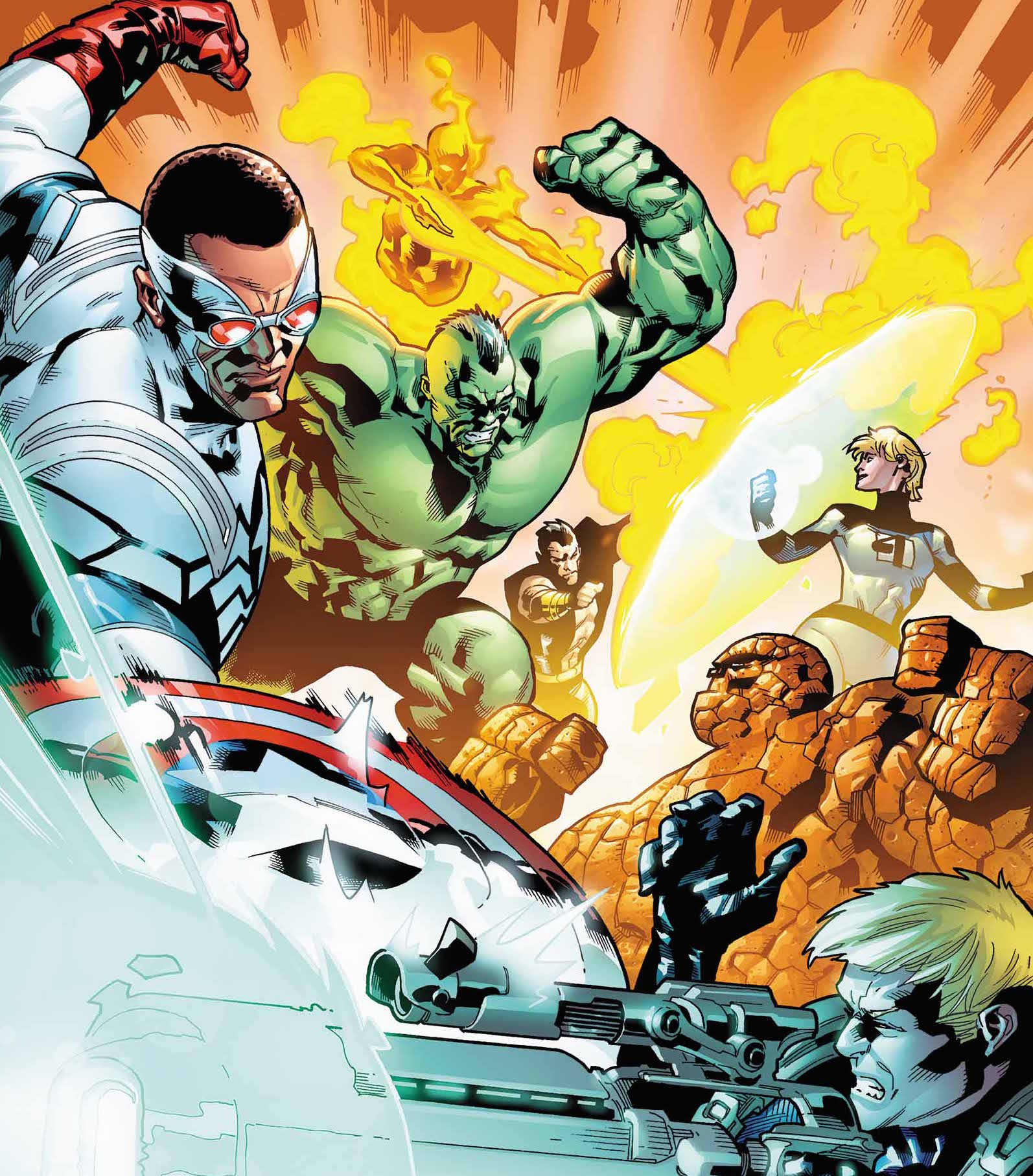 Marvel Comics has released a preview for "Fantastic Four #642", marking the first chapter in title's "The End Is FOURever" story arc.

In series' final storyline before facing cancellation, Marvel's First Family clashes with with The Invaders, All-New Captain America, and more. As the superhero showdown ensues, the architect of The Fantastic Four's demise unveils his master plan. The issue also marks the currents series' return to the original Fantastic Four numbering. The current series launched earlier this year, and would have hit its 15th issue with the current numbering

The issue is written by James Robinson and illustrated by Leonard Kirk. Check out the preview and Marvel's solicitation text below. 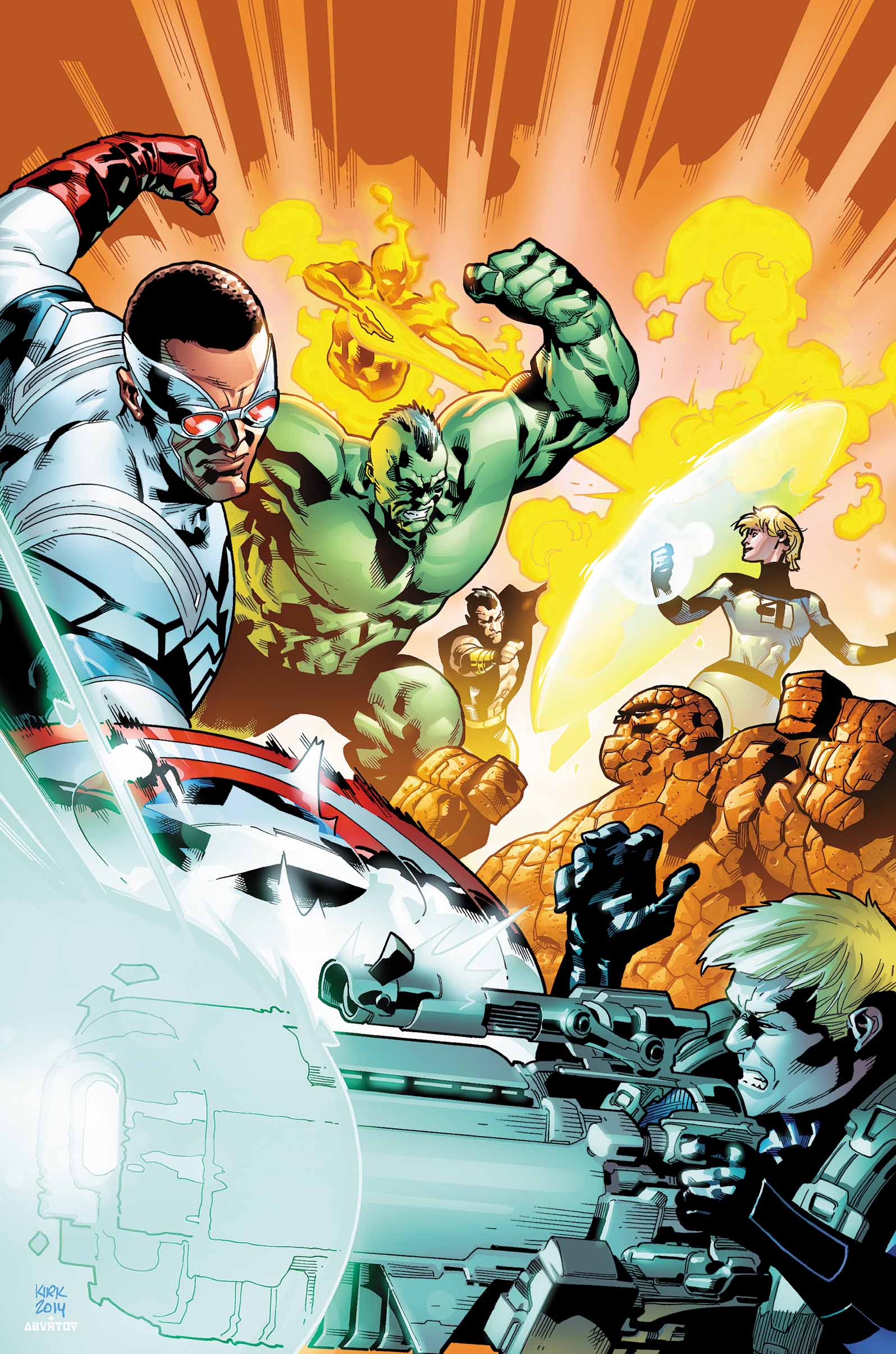 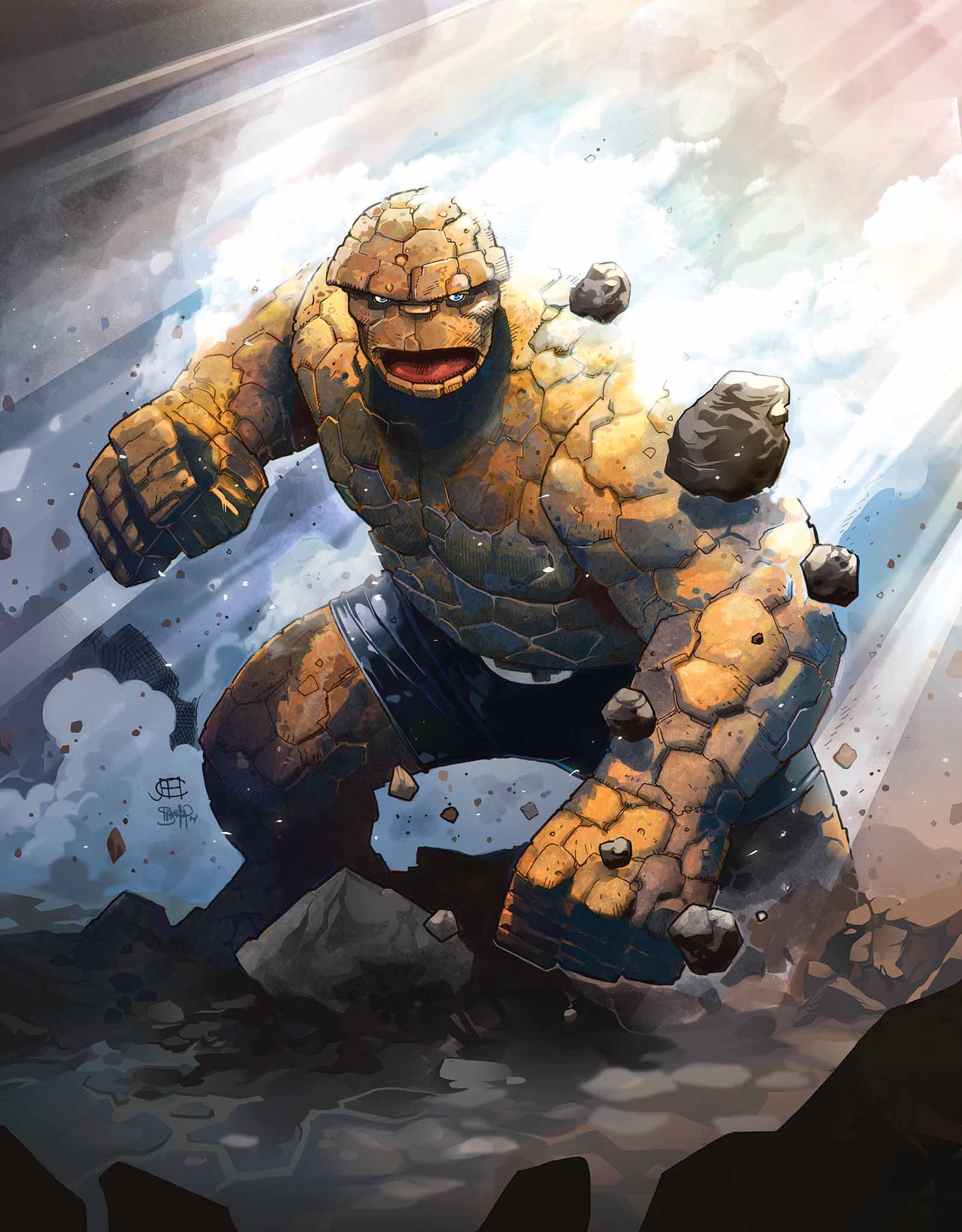 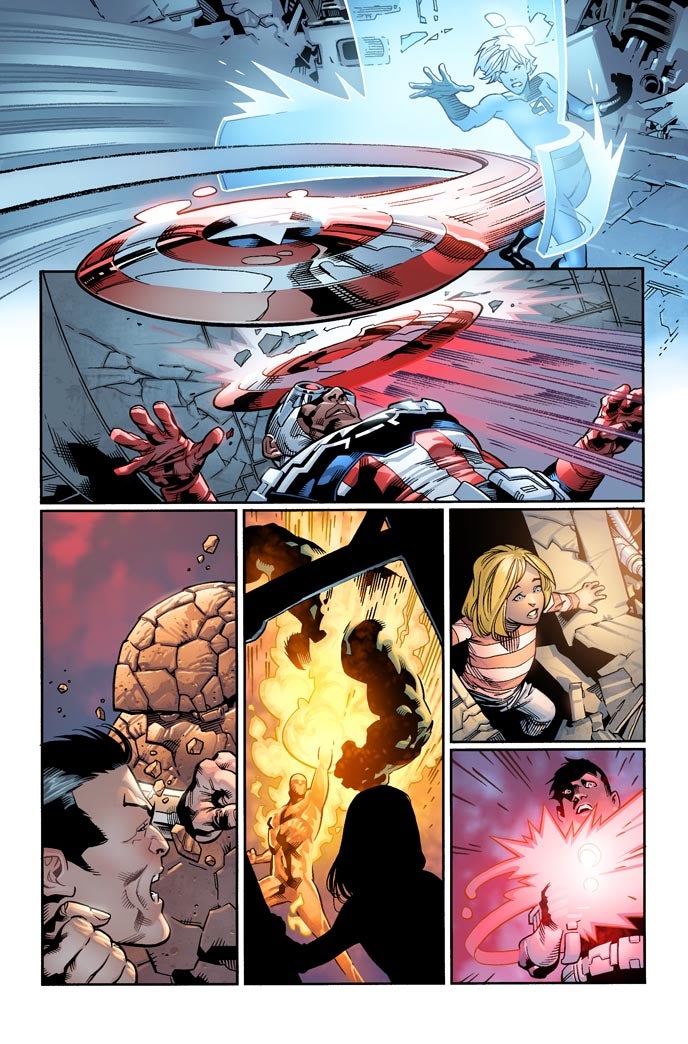 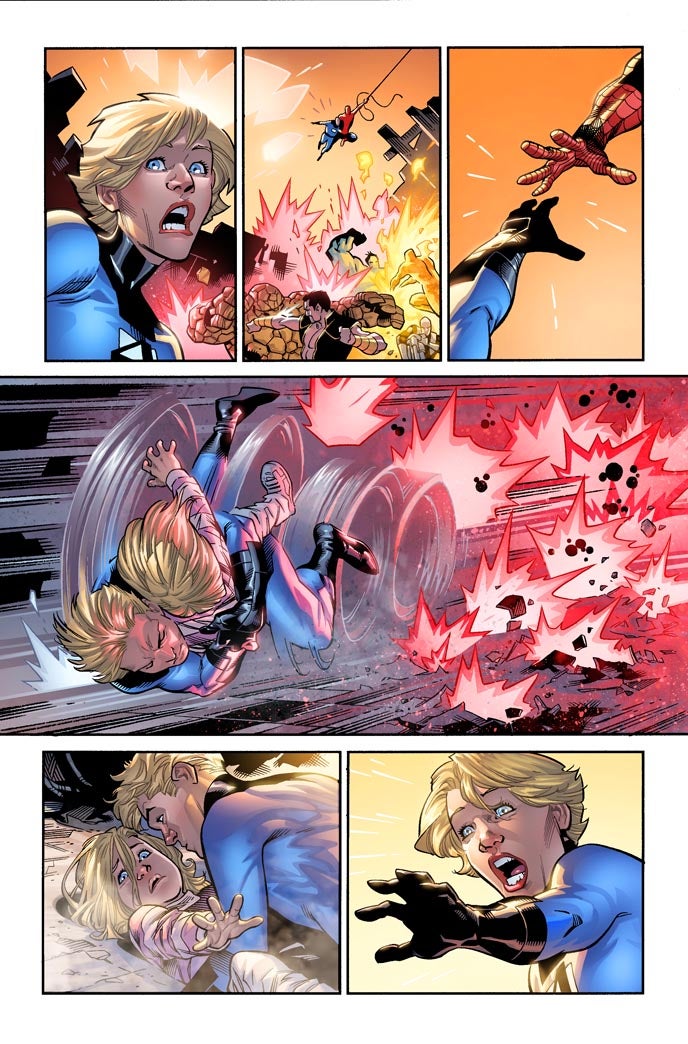 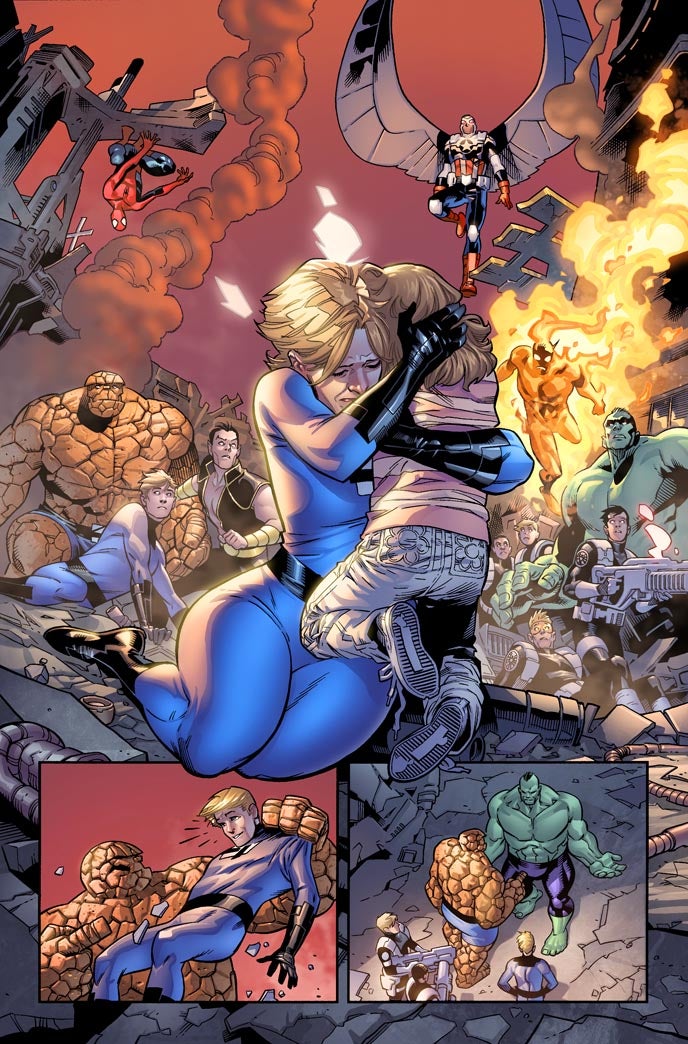 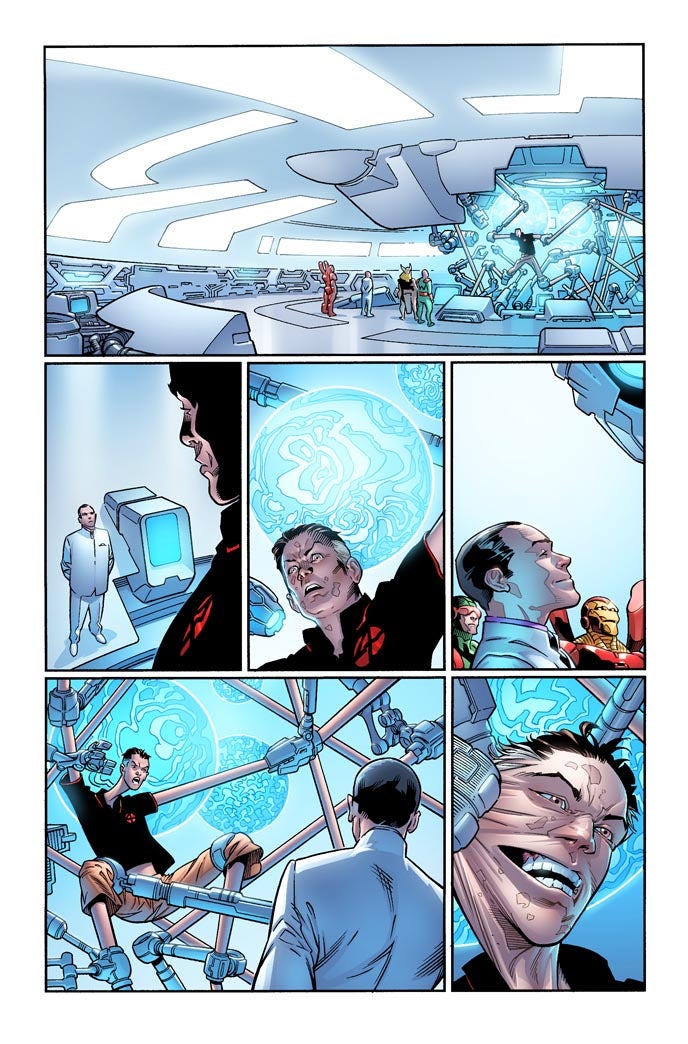 This January, the countdown begins…and the end of Marvel's first family is upon us in FANTASTIC FOUR #642 – the first chapter in The End is FOURever! Blockbuster writer James Robinson and artist Leonard Kirk's epic endgame begins as the Invaders crash headlong into the Fantastic Four and the hunt for Reed Richards and the missing Future Foundation kids takes a dangerous turn! Meanwhile, the mastermind behind the systematic dismantling of the Fantastic Four reveals his ultimate plan. But how does Franklin Richards and his unchecked powers factor in? And why are Jim Hammond, Namor, All-New Captain America and Doc Green hunting the remaining members of the Fantastic Four? Nothing lasts forever. Don't miss the beginning of the end this January in FANTASTIC FOUR #642!