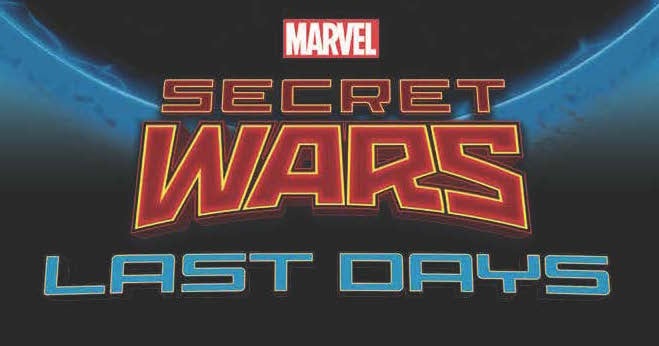 If all of existence were to suddenly reach its end, how would you process that devastating information?

It's a question that the Marvel Universe will soon answer with Secret Wars: Last Days, a Secret Wars tie-in branding that will explore how Marvel's heroes will spend their final hours before the unstoppable incursion destroys the universe. Similar to "Dark Reign" or "The Heroic Age" branding that Marvel has used in the past, "Last Days" will signify a certain tone and story direction for the individual title it will adorn.

"What would you do if you learned today was your last day on Earth?" Marvel Editor-in-Chief Axel Alonso said in a press release . "That's the question your favorite Marvel heroes are going to ask themselves in their Last Days story lines as they brace for Secret Wars and the end of the Marvel Universe."

Last Days will be the first of three separate brandings that Marvel will use during the Secret Wars event. According to David Gabriel, Marvel's SVP of Sales and Marketing, all three brandings will carry custom trade dress and logo treatment. The purpose of which, according to Gabriel, is to show each series' unique relationship to the main Secret Wars title. 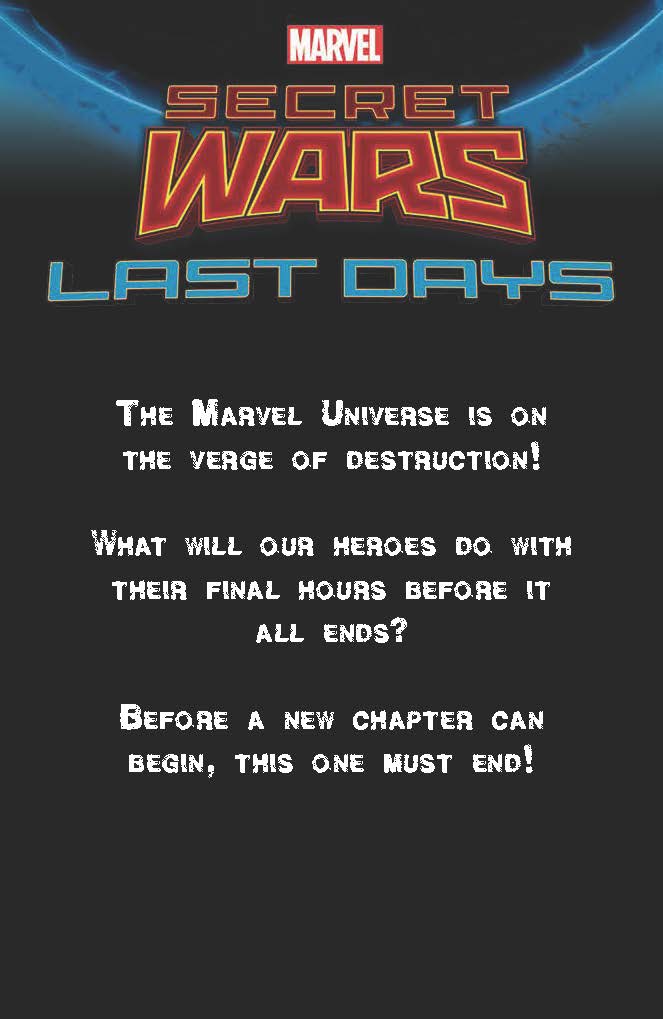 As the Earths Mightiest Heroes and Villains contemplate their final moments of existence, Secret Wars: Last Days hits comic shops in May.