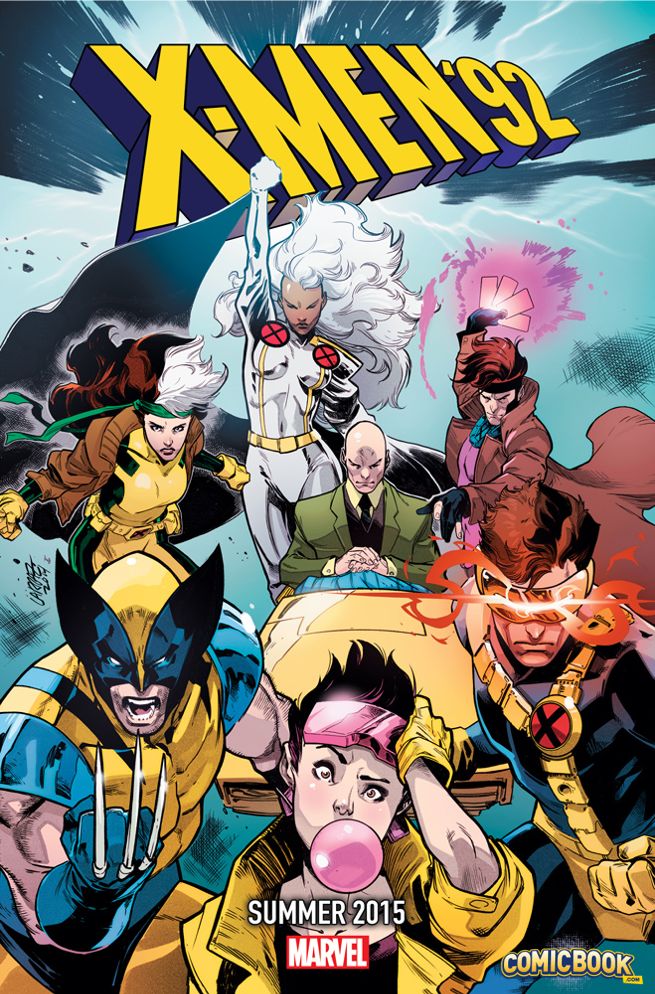 You can almost hear the iconic FOX Kids theme song.

Marvel has released their latest teaser image exclusively to Comicbook.com, offering the possible return of the early 90’s-era X-Men team. Anchored by Wolverine, Cyclops, Storm, Jubilee, Beast, Jean Grey, and lots (and lots) of pouches, the X-Men of the early 90s were one of the franchise’s most prevalent in pop culture. X-Men #1, published in 1991, still holds the world record for the highest-selling comic with almost four million copies sold, and X-Men the animated series, which ran from 1992 to 1997, still remains a fan-favorite take on the characters.

Today’s image continues Marvel’s long line of teasers—now more than a dozen—hinting the possible return of past storylines and series. While the previous teasers, from Civil War to Inhuman, have targeted consolidated storylines, X-Men ’92 is the most wide-ranging teaser yet.

The possible return of the Jim Lee-designed team wouldn’t be out of the question for Marvel. They’ve already brought the First Class X-Men to the modern era through time travel, so why not pluck a few more past iterations of their mutants? It could be a backdoor way of bringing the recently-expired Wolverine back to their publishing fold. Indeed, they already pulled that trick with Jean Grey in "All-New X-Men."

But maybe the return of the nineties-era squad is thinking too small. What if Marvel plans to export the entire animated series universe into their publishing line? The classic Spider-Man animated series (and the current Ultimate Spider-Man cartoon) are already crossing into the 616 universe via "Spider-Verse." Marvel may have enough faith in the move’s success that they’re already set to replicate the formula.

The most likely possibility, however, is a brief return for the Secret Wars mega event hitting the Marvel Universe next year. After all, the image includes the same “2015” banner that every other teaser has bared. That link alone must mean that it’s part of a larger initiative. Plus, let’s not forget the Secret Wars teaser image from New York Comic Con, featuring Marvel characters from every decade clashing with one another.

Answers are likely to come soon. Until that time, let’s revel in mutant’s heyday with the animated series’ classic Japanese opener.