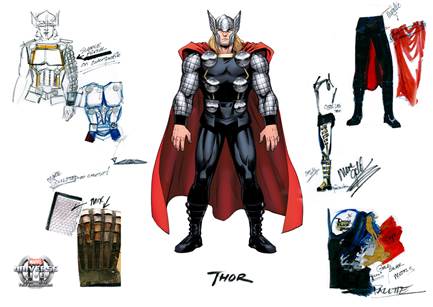 With Marvel Universe Live! taking to a multi-city tour next year, many fans assumed this was their chance to see a high-stakes, high-production value, live-action extravaganza that teamed the Avengers with the X-Men and Spider-Man--something that, while Marvel says "never say never," isn't happening in the movies anytime soon.

CORRECTION: A representative for the show reached out to ComicBook.com to clarify that these first characters announced will not be all of the characters used in the first shows.

"I did want to point out that this was only the first round of heroes being announced," we were told. "There will be more out in the coming weeks that will expand upon the list issued today."

It will be a while before we see exactly how that lineup will take shape, though; the first batch of character announcements, released today, are primarily Avengers. According to Feld, the events management group that is putting on the show, "It all starts with members of The Avengers world with Iron Man, Thor, Captain America, and Hulk, along with Hawkeye, Nick Fury, Falcon and various S.H.I.E.L.D. Agents joining the fray. For more information and artwork you can visit the Marvel Universe LIVE! on Facebook here.

"Marvel Universe LIVE! will bring Marvel’s most iconic heroes and fearsome villains to life like never before during a live-action arena spectacular that will tour 85 North American cities in its first two years.  In association with Feld Entertainment, it will redefine the live show experience by integrating a Marvel character driven story with state-of-the-art special effects, pyrotechnics, aerial stunts, martial arts and countless other show elements."