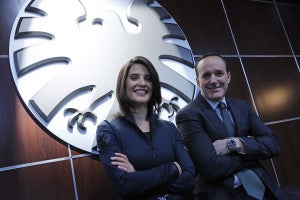 ABC has released a trio of brief teaser clips of Marvel's Agents of S.H.I.E.L.D., giving fans a further taste for what to expect from the series, which launched in just over a month and is set in the same Marvel Cinematic Universe as films like Iron Man 3 and The Avengers. The series stars Clark Gregg as S.H.I.E.L.D. Agent Phil Coulson, who first appeared in Iron Man and went on to star in four Marvel Universe films before his apparent death in The Avengers. In Agents of S.H.I.E.L.D., Coulson is inexplicably back in action and leading an elite team of field agents in the war on metahuman violence. Inspired by Kurt Busiek and Alex Ross's Marvels, Coulson provides a human look into the larger-than-life Marvel superhero universe. Along with plans to introduce The Flash on Arrow, the show represents some of the first efforts in years to bring DC and Marvel superheroes to the small screen in live-action.