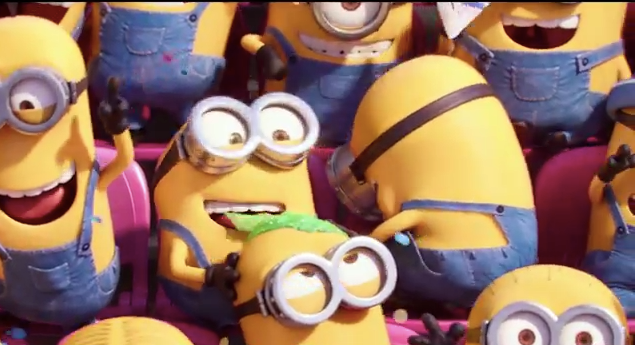 Universal Pictures has released a new trailer for Minions, this summer's spinoff film to Despicable Me.

The trailer, clearly tailored for The Big Game's audience, shows the Minions cheering on their favorite sports team...perhaps a little too enthusiastically. But when 64 ounces of a really sticky, fruity drink are involved, things always tend to get out of hand. Indeed, these minions are ready for game time.

Minions, a prequel spinoff of Universal's popular Despicable Me franchise, follows a band of minions in the 1960s as they help the world's first female super villain take over the world. Jon Hamm and Sandra Bullock with headline the voice cast.

You can check out the full trailer below, which will air this Sunday during the New England Patriots and Seattle Seahawks game.