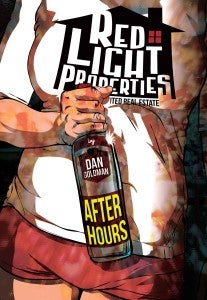 This is the first day-and-date release of a Red Light Properties story from Monkeybrain, who took on Goldman's journeyman digital-first series earlier this year after.

"Red Light Properties was on ComiXology in the creator-owned books ghetto for almost a year before I moved over to Monkeybrain and nobody found it," Goldman told us shortly after the move. "It just sat there. Not only was it on ComiXology, it was on the Kindle, on the Nook and on the Kobo as well. I had tried hand-coding that stuff and that was a disaster and then I used Graphicly’s services and I felt like the conversions were okay but they weren’t really solid. The best experience was with ComiXology, where I already was, but nobody could find me there. With Monkeybrain, aside from the fact that you’ve got this new, shiny seal of quality, I really like the other people who were publishing with them and I really like Chris and Allison very much. Once we really started talking, it was like, “This is going to be really good,” so that’s where the decision came from."

After this, Goldman has reportedly delivered Red Light Properties: The Three Towers to Monkeybrain, meaning that after a fairly long wait between these most recent installments (during which time Goldman moved, "remastered" the old RLP material for Monkeybrain and worked for AMC on the cult-favorite series The Killing, he'll be back on a pretty regular schedule with new installments starting now. 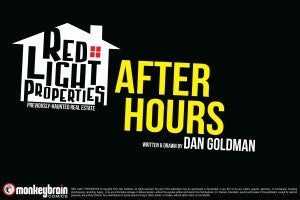 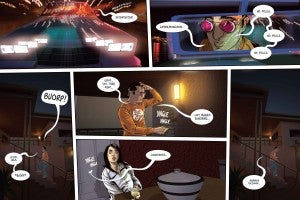 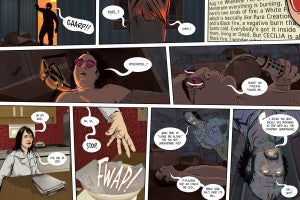 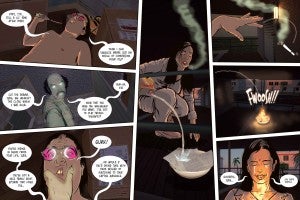