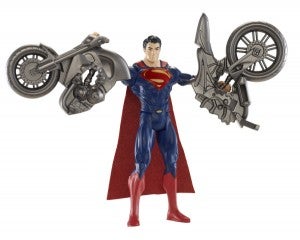 This one's not a leak, folks--USA Today and Hero Complex have, respectively, brought us our first looks at new toys featuring General Zod and Jor-El from the upcoming Zack Snyder-directed Superman reboot Man of Steel. We also get, at right and via Hero Complex, our first official look at a Man of Steel Superman action figure that was leaked last week in a poor-quality convention photo. Is that a scene from the movie, in which Superman actually rips apart a motorcycle? Could be cooler to see with a real (or CG) bike than a plastic one, certainly. 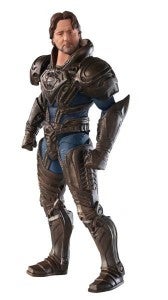 The Jor-El is particularly of interest to collectors since it's one of Mattel's beloved Movie Masters figures--detailed toys meant for the adult collector's markets, and figures that have done very well among fans of The Dark Knight Trilogy, the just-concluded series of Batman films from Man of Steel producer Christopher Nolan and writer David S. Goyer. There's a Movie Masters Zod shown as well, over at USA Today, along with an adorably evil Funko/Pop! Heroes figurine and a Lego set that shows Zod doing battle with Superman. Both the Lego and Funko sets show Zod in his armor, while the Movie Masters line is more like the black Kryptonian regeneration suit from the Death and Return of Superman, except with an omega logo rather than the House of El's family crest. The Lego set is interesting; Zod appears to be attacking Superman using the antenna and satellite dish from the top of a building (possibly the Daily Planet?). Should that show up in the film, it would be the second time in as many years that a superhero film has featured the catastrophic collapse of a rooftop antenna (the first being in Amazing Spider-Man). 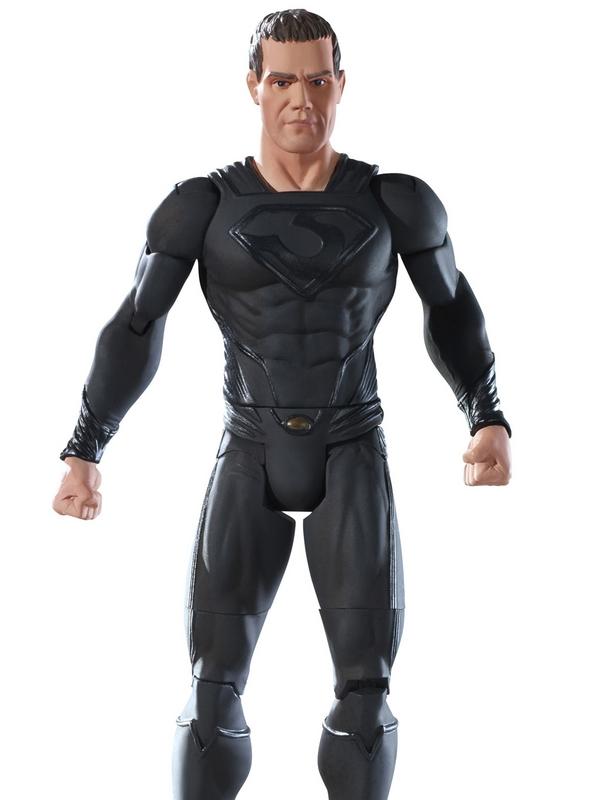 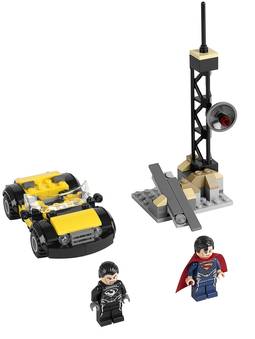 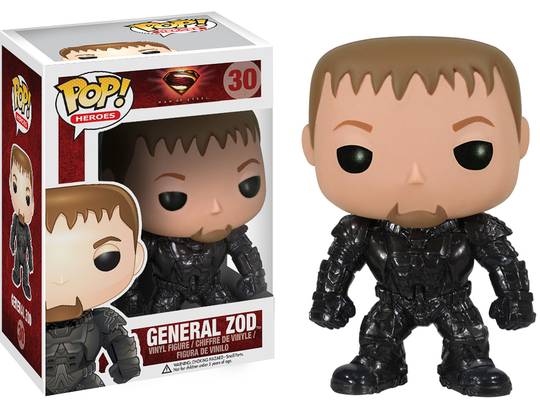