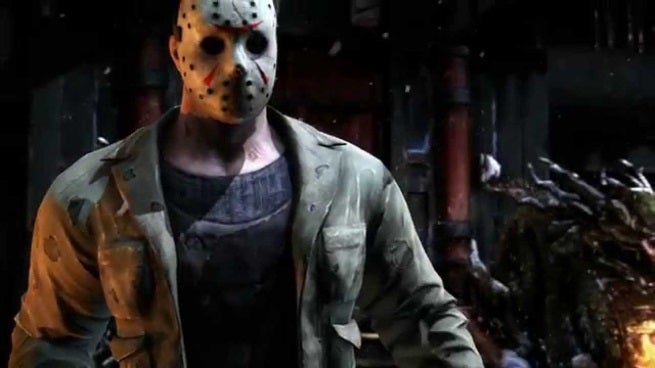 The website Test Your Might has posted an unmasked screenshot of Jason Voorhees from the recently-released Mortal Kombat X video game.

The most surprising thing is that Netherrealm Studios actually took the time to render a face for the master slasher from the Friday the 13th film series. Yes, Jason is a playable character character in the game, but "wears a mask in all three of his variations." There really was no need to put much work into his melon. The only reason this reveal is available is because of a MKX Camera Hack. His melon was never meant to see the light of day.

Take a look at the handsome fella in the image below.

Compare that with all the times Jason has been unmasked on film in the video below.

Mortal Kombat X: Is This What Jason Voorhees Looks Like Under The Mask?