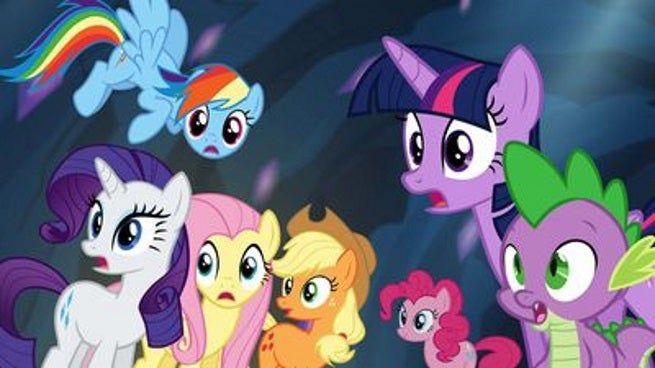 The Hub Network has announced their My Little Pony Mega Mare-athon, starting Monday, August 4 to Friday, August 8 (9 a.m. ET – 7 p.m. ET/6 a.m. PT – 4 p.m. PT). The network will air all ninety-one episodes back-to-back of all four seasons of My Little Pony Friendship Is Magic. The episodes will run as they originally aired. This fifty-hour viewing event, which also includes My Little Pony Equestria Girls, is the biggest in the Hub Network's history and will include "Ask a Pony" interstitials showing real people asking each of the mane six questions and each pony answering them.

My Little Pony Friendship Is Magic, from Hasbro Studios, was recently renewed for a fifth season slated to air in 2015 on the Hub Network.

My Little Pony Marathon To Air On Hub Network