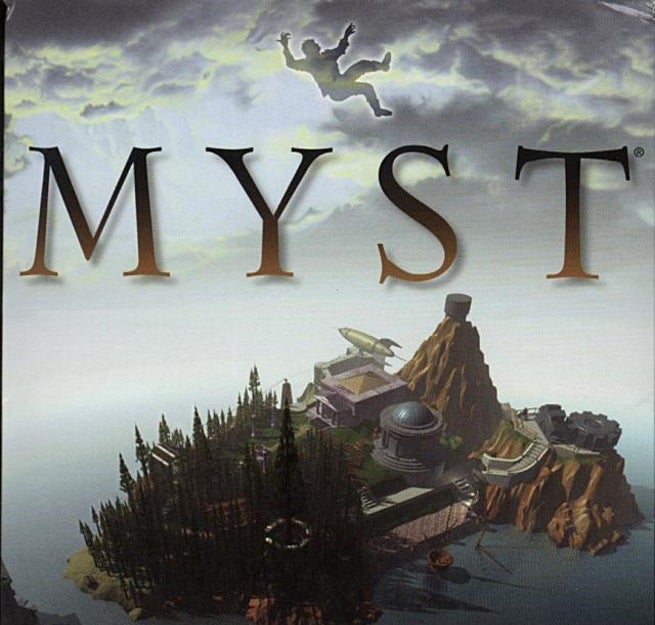 Legendary CEO Thomas Tull is showing off his nerdiness (again) and his age (for once) as word escapes that the company are developing a new TV series based on the classic PC adventure game, Myst. At the same time, the game's original creators, Cyan, will be developing a tie-in game as part of a whole transmedia package.

I was around and playing games when Myst launched some 21 years ago - I was a veteran by then, in fact - and I did see it through and complete the game, and Riven, and the Myst sequels. That's the kind of spod I am.

At the time it felt like there was a lot more storytelling in Myst than the average video game, and certainly a lot more atmosphere. The game's strongest suit, in fact, was in creating a coherent sense of another world. But was there obviously enough story there to sustain a TV show? No. Not that I could see. The mythology was also rather abstruse, at least in comparison to most mainstream TV. In the meantime, however, we've had Lost and, well, I can see how that might provide a paradigm for this adaptation, mixed perhaps with a little bit of Game of Thrones.

I'm aware that David Wingrove wrote three Myst novels, but haven't read a single page. If anybody has and can evaluate their use as material for a TV show, I'd love to know what they think.

Another question, I think, is in how Legendary and Cyan can make a TV show and game that can be enjoyed separately but benefit one another. That's really not as easy as it first sounds, I don't think.

In any case, I'm down for the game and at least the pilot episode. Let's see how this all shakes out.

Myst Being Developed As A Series By Legendary TV