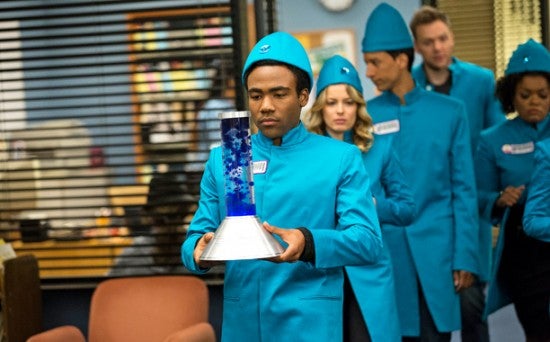 took a hit going up against the premiere of American Idol this week, dropping from a 1.1 in the demo to an 0.9 and falling below 3 million viewers for the first time in more than a month (granted most of that time, the show was on hiatus).

Just about everything got smoked on Wednesday, though; even Idol returned weaker than usual, but still strong enough to sap everyone else on the schedule. The same thing happened again on Thursday, but the momentum NBC had going into the week following the return of Community wasn't enough to hold up.

Veteran comedies Community and Parks and Recreation took just a 1.1 and 1.2 in the ratings, for just over 3 million viewers, which is scary for a "big three" network but not entirely unheard-of. But freshman sitcoms The Michael J. Fox Show and Sean Saves the World, both of which came into the season with very high expectations from critics and the network, scored an 0.6 and an 0.8, respectively, with Fox dropping 40% in a week.

That's scary for both shows--and Fox in particular, which scored below not only Arrow (as did Sean) but also below cable shows like Cougar Town, Robot Chicken and re-runs of The Big Bang Theory in syndication on TBS that aren't "event TV" for fans the way Arrow is. 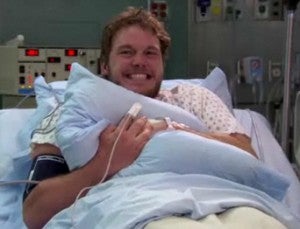 Production is reportedly complete on the first seasons of both shows, so while basically nobody expects them to be back next year, they'll likely play out their runs. After all, it isn't as though new episodes of Community and Parks and Recreation are doing much better. Thursday has gone from being NBC's prime real estate to being an expensive wasteland for the network in the course of just a couple of years, and both Community and Parks and Recreation, each of which will lose two major cast members by the end of this season, are looking likely to be finished as well, unless the network brass gets scared of the gaping hole that will leave in the schedule. Had either Sean or Fox been the hit they were supposed to be, it's likely the other three shows would have all been axed so that the network could build around the hit--but what do you do when Community, a show that's been almost-cancelled three years running, looks much stronger than your new shows? Certainly it can't instill a ton of faith in whatever's in development...

On top of all of this, Thursday's American Idol--the second half of the "two-day premiere"--was down sharply from Wednesday's, drawing less than 4 million viewers as opposed to the nearly 5 million the first half brought in. That means that Arrow and its Wednesday night slot-mates were up against the stronger half, demanding a larger audience share, and the underperforming Thursday night lineup at NBC did so against weaker competition.

Parks and Recreation might get an artificial bump this year from an unexpected source: Chris Pratt, the lead star in Guardians of the Galaxy and the soon-to-shoot Jurassic World--plays a part on the show, and as the promotional run-up to the summer movie season begins, Pratt will spent the first bit of it still on network TV week-to-week as a supporting player on the Amy Poehler comedy.