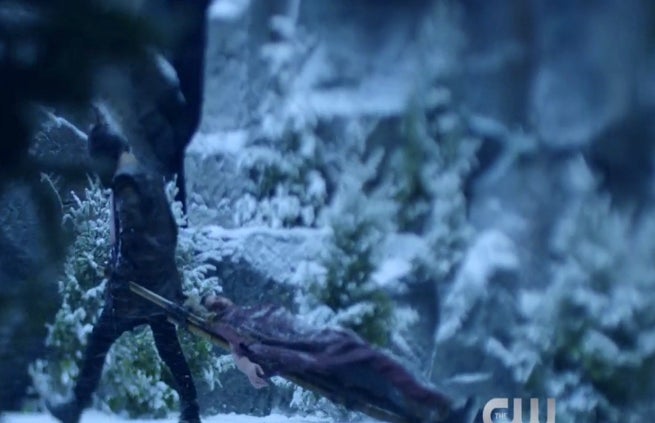 The CW has released an extended trailer for Arrow's midseason premiere, "Left Behind."

When Arrow's midseason finale concluded in December, Oliver Queen was left for dead by Ra's al Ghul, his whereabouts unknown by any of his allies. As the trailer shows, a hooded figure picks up where the finale ended, with a hooded figure—presumably Malcom Merlyn—recovering Oliver's body from its snowy resting place.

The trailer is laced with plenty of other exciting moments, like the rise of new villains in Starling City, experiments with Ray Palmer's Atom suit, and a tantalizing message from Malcom Merlyn to Team Arrow.

Where are you Oliver? Don't miss the return of #Arrow in ONE WEEK! https://t.co/tTwTTnsawP