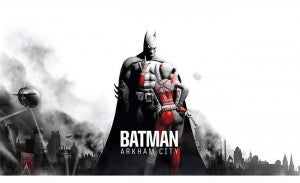 Earlier this year, Warner Bros. registered a bunch of Arkham related domain names, which led to speculation that either a new Batman Arkham game was in the works or the next Batman movie might be based on the popular game series. As has happened with Disney recently, the fan rumors have now been confirmed as part of Time Warner's earnings report.

As part of the earnings call, Time Warner's CFO John K. Martin said, "And we also have a strong games release this year, which will include the next release in the Batman Arkham franchise. So all in all, we expect Warners to post another very strong year in 2013. And with a little luck, the year should be as good or maybe even a little bit better than 2012."

While Time Warner did not reveal any details on who would be creating the game, VG247 is reporting that their sources indicate it will not be done by Rocksteady Studios, which was the creator of the series.