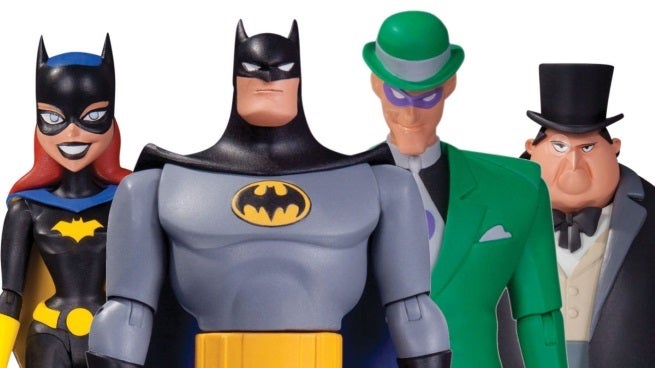 The Batman Animated: The New Batman Adventures Batman Action Figure was the bestselling toy of November, and it seems that DC Collectibles is giving fans more of what they want.

At MTV, DC Collectibles has unveiled the next wave of figures in their Batman Animated line, including a new Batman – based on his original appearance in Batman: The Animated Series – Penguin, The Riddler, and Batgirl.

Each figures stand between 4.5” and 6” tall, and comes with accessories from the show.