It's custom to want to take a bath after dealing with Saul Goodman, television's dirtiest lawyer.

Luckily, AMC has its viewers covered with their latest teaser for the Breaking Bad spinoff series, Better Call Saul. In the teaser video, Saul's car is scrubbed clean of whatever ungodly misadventures that Saul just put it through. As the car pulls away, the teaser reveals the series' latest poster, which shows Saul attempting to place a phone call in the middle of the desert. We're going to go out on a limb here and guess that Saul is trying to call collect.

Set before the events of Breaking Bad, Better Call Saul follows a fledgling Saul Goodman while he builds his career as New Mexico's most infamous attorney. The series sees actor Bob Odenkirk reclaim the role of Saul, with Breaking Bad creator Vince Gilligan returning to produce. The series already has a two-season commitment from AMC.

You can check out the video here, and the full poster below. 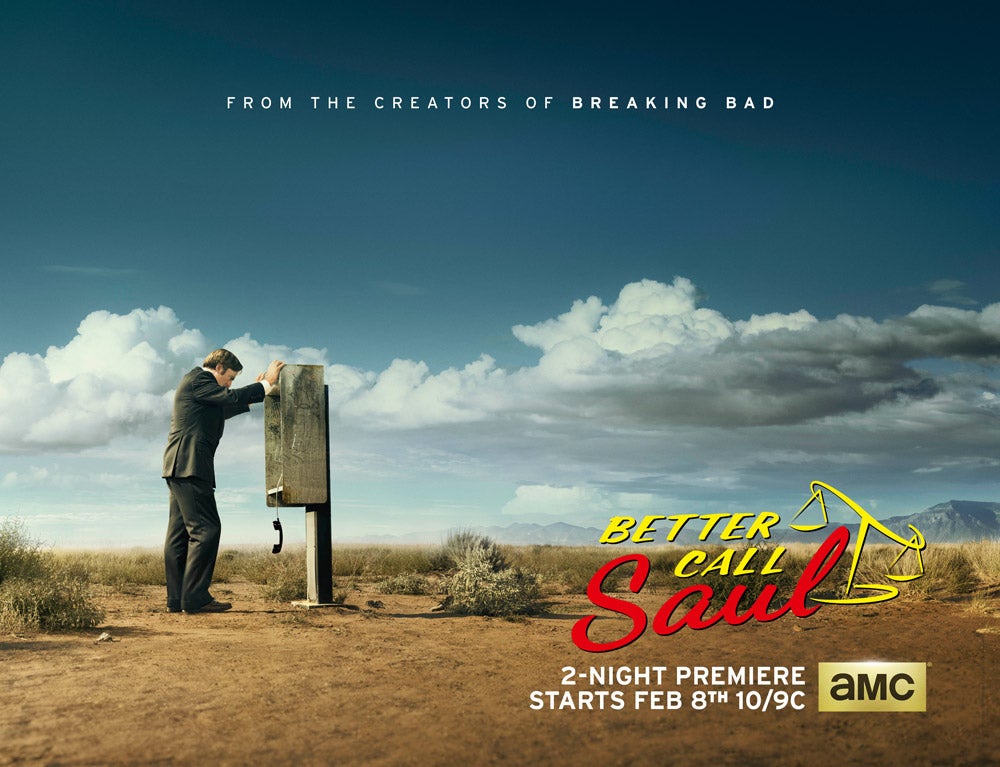 Better Call Saul premieres on February 8th and 9th for a two-part series premiere at 10:00 p.m. on AMC.