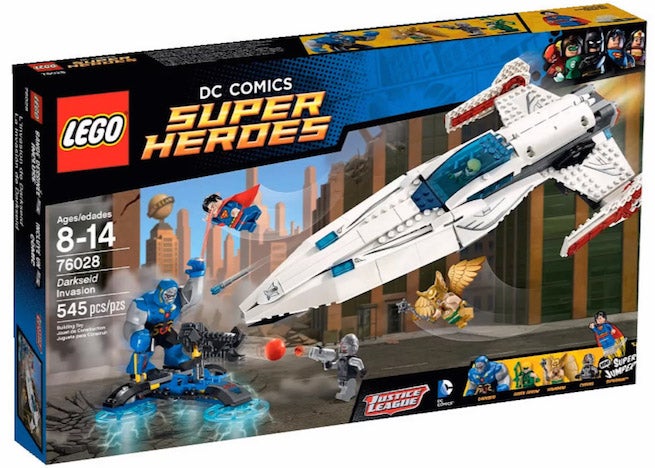 A release date has been announced for five new of DC Comics Superheroes Lego sets.

Fans will be able to take them home on January 1.

Each set features some of DC mightiest champions such as Superman, Batman, Wonder Woman, Cyborg doing battle against some of their most dreaded foes such as Braniac, Sinestro and even Darkseid.

Gorilla Grodd is causing havoc in Gotham City as he seeks his morning banana fix! The gigantic gorilla is leaping on the truck, sending crates of bananas flying and almost breaking the vehicle in half. Hurry to save the terrified driver with Batman™ and his awesome Bat-Mech. Launch a triple LEGO® Super Heroes counter-attack by firing the net and stud shooters. Face off against mighty Gorilla Grodd with The Flash, evading the evil beast’s grabbing fists and Captain Cold and his Devastating Ice Shooter. Swoop unseen into battle with Wonder Woman in her Invisible Jet with spring-loaded missiles, then send Batman™ leaping off the top of the Mech with the Super Jumper to bring down Gorilla Grodd! Includes 5 minifigures with assorted weapons and accessories: The Flash, Wonder Woman, Batman™, Captain Cold and truck driver, plus a Gorilla Grodd figure. 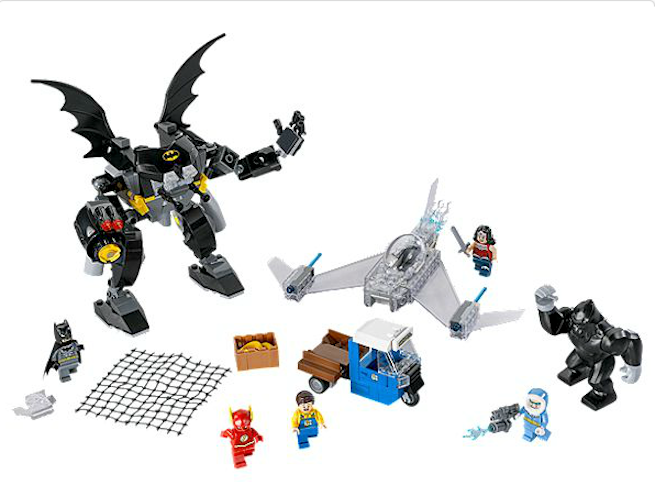 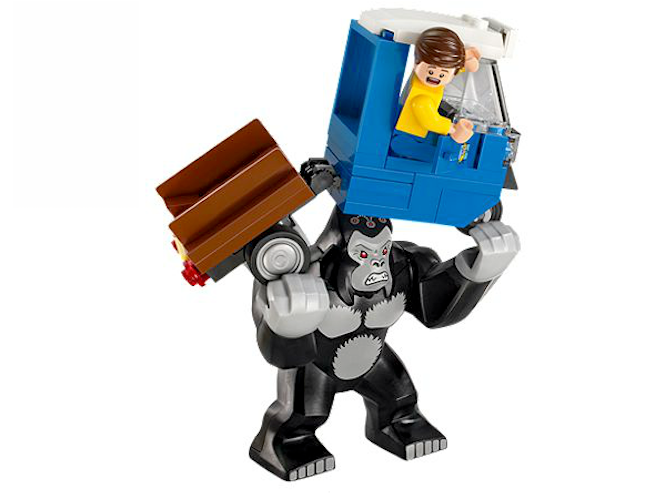 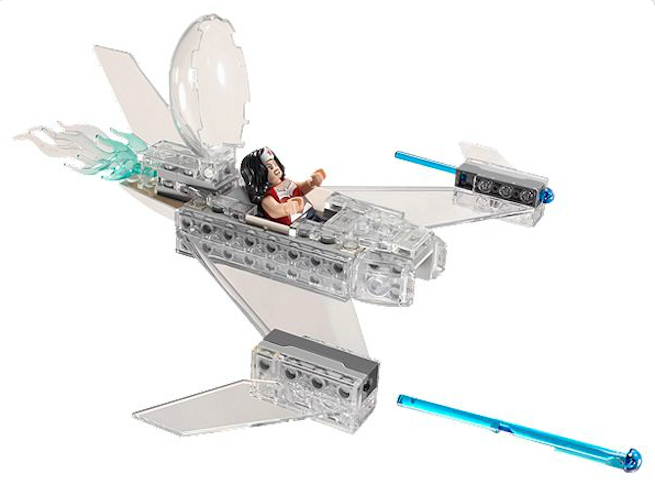 Reclaim the lantern from Sinestro in LEGO® DC Comics Super Heroes Green Lantern vs. Sinestro with the construct spaceship and Super Jumper.

Black Manta has captured Scuba Robin, snatched the trident from Aquaman and escaped in his sleek Sea Saucer! Now, the evil villain is holding Scuba Robin hostage at the temple ruins at the bottom of the sea. So team up with Aquaman and Batman™ to launch an underwater rescue mission in the awesome Bat sub. Steer clear of the Sea Saucer’s stud shooters and the roboshark’s laser shots. Retaliate with the Bat sub’s flick missiles and unleash super-jumping Aquaman to bounce Black Manta off his perch. Free Robin from his chains and escape with him on the detachable glider! Includes 4 minifigures with assorted weapons and accessories: Batman™, Aquaman, Black Manta and Scuba Robin. 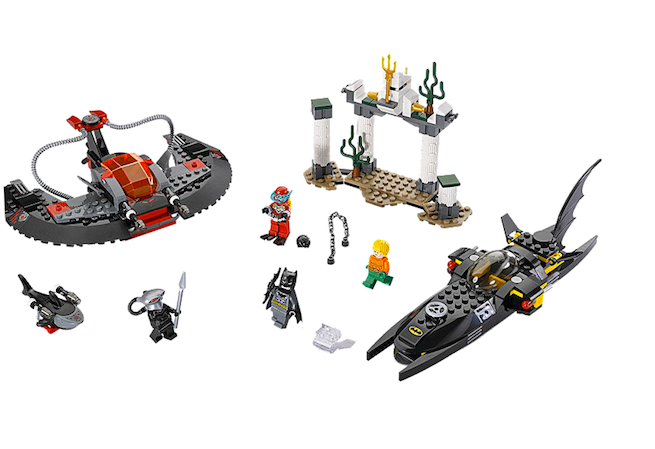 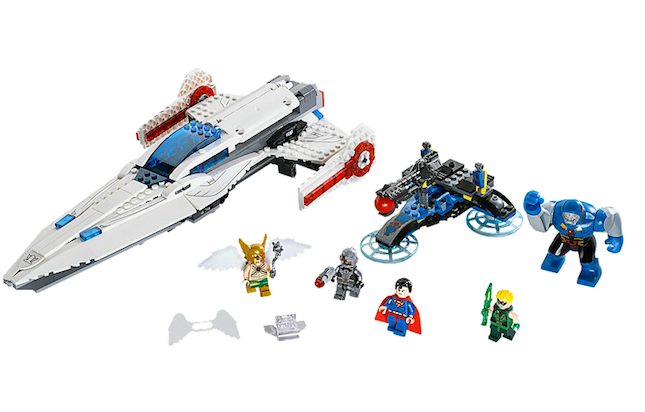 Panic grips Metropolis as the evil Brainiac leads an Earth invasion in his tentacular Skull Ship! Martian Manhunter is cornered and needs help, so rush to the rescue with Superman™ and Supergirl. Dodge the spaceship’s flick missiles and activate the Super Jumper to disable the cannon. The threat is greater than ever, so the Super Heroes must work as a team to foil Brainiac’s destructive mission. Includes 4 minifigures: Brainiac, Superman™, Supergirl and Martian Manhunter. 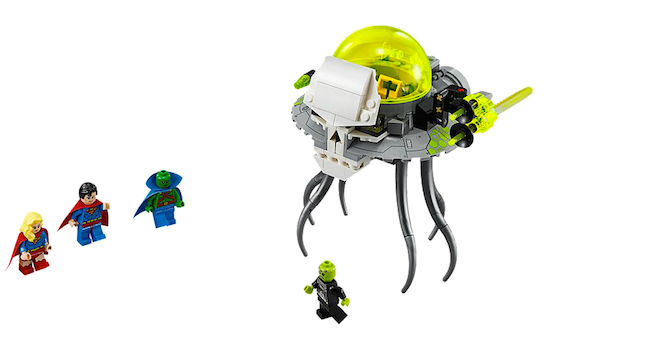 DC Comics has been joining forces with Lego quite frequently as of late.

Last month, the comic book company announced November as Lego Theme Month and celebrated with variant Lego covers on some of their popular titles.

Lego Batman, one of the fan favorites from this year’s Lego Movie, will be getting his own spinoff film which is slated for a 2017 release.