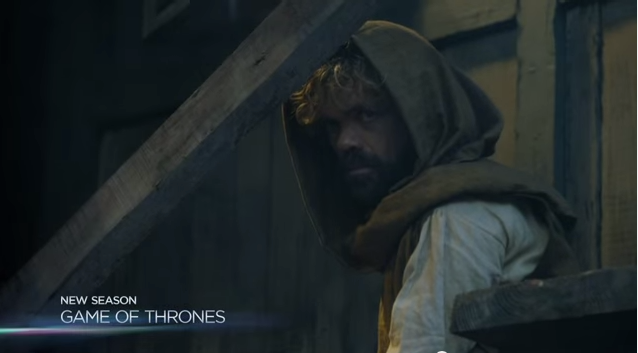 In a new online trailer promoting its content for 2015, HBO has provided a few new glimpses at Game of Thrones' Fifth Season.

Though the trailer's snippets are brief, viewers can get a look at a bearded and hooded Tyrion Lannister, who’s looking rather dour in his unkempt state. The clip also features Arya as she enters Braavos, Cersei, and John Snow.

You can check out the content below, which kicks in around the 1:37 mark in the video.

Although unrelated to Game of Thrones, the HBO trailers does provide some decent shots of the Rock, who will appear in the new sports-based series Ballers. In that series, The Rock will play a retired football player.

Game of Thrones Season Five will premiere on HBO in Spring 2015.

Chuck E. Cheese Closings: Full List of Locations That Are Shutting Down

Darkest Dungeon Is Getting a Board Game