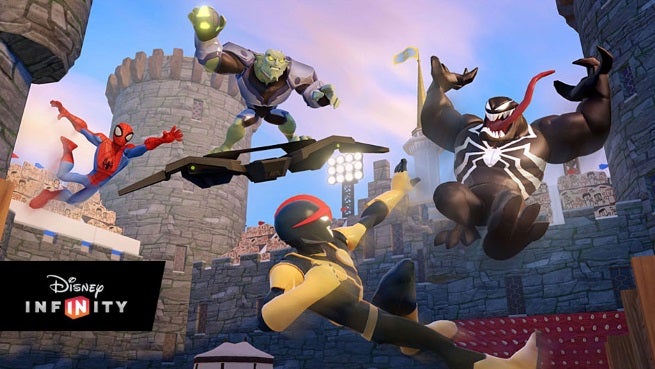 The images feature several of the many characters available for the game, including Spider-Man, Iron Fist, and Nick Fury.

Posted on Marvel.com, the images accompany a post describing the Toy Box mode of Disney Infinity: Marvel Super Heroes, where players can build their own levels and share them online. The mode has been improved from the original Disney Infinity so that it’s more inviting to new players.

While the first “Disney Infinity” Toy Box mode featured this same do-it-yourself approach, more casual players found the freedom a bit intimidating. “Marvel Super Heroes” addresses this with a number of enhancements that promise to make the experience accessible to anyone who wants to run wild in this potential-packed playground. An intuitive interface and new user-friendly features—such as minion-like builders, pre-made templates, and auto-generating tools—make creating your personal games, structures, and adventures as simple as painting with a virtual brush. The sequel also adds the ability to personalize interiors; so, if decorating Captain America’s living space—complete with a star-spangled shield coffee table—is your thing, go for it! 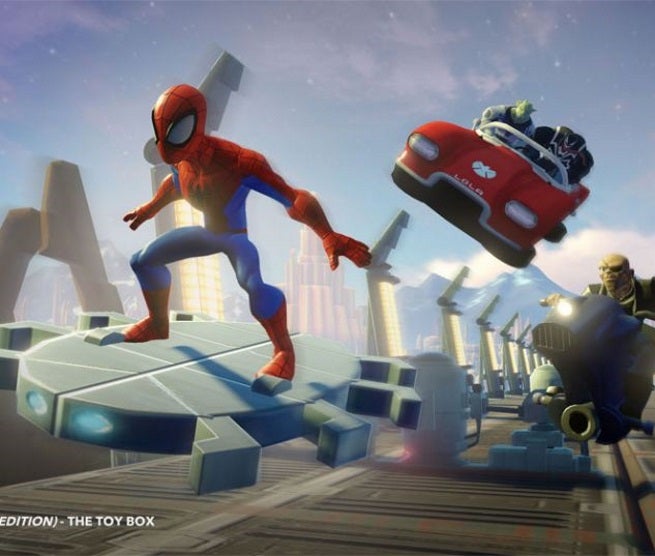 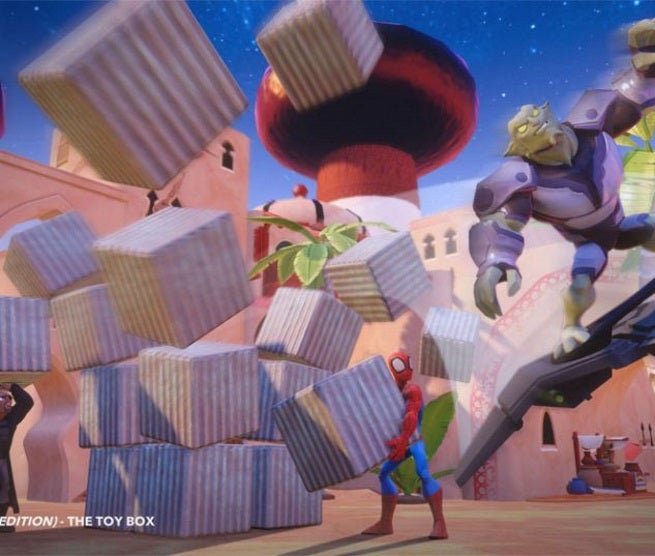 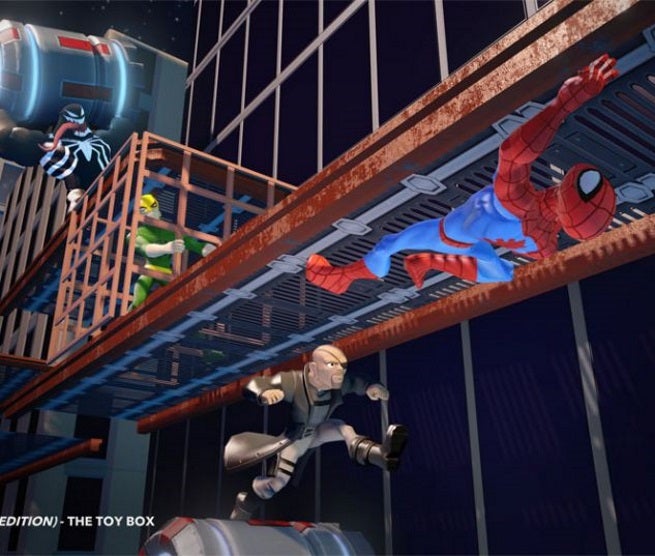 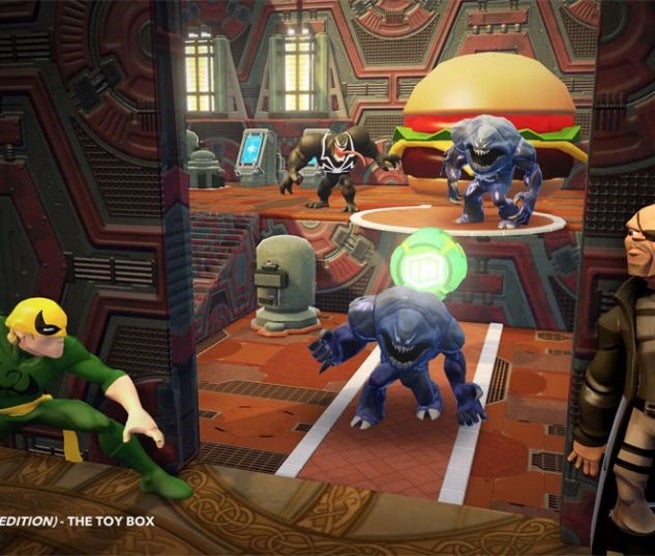