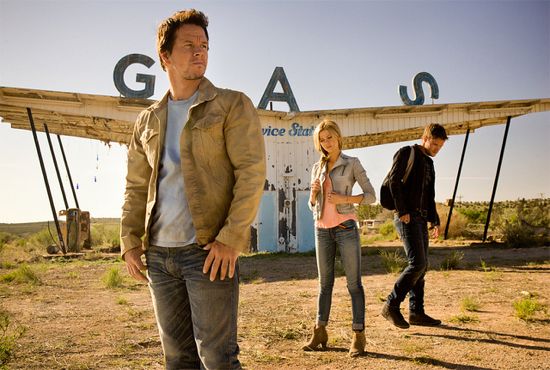 In spite of the fact that Michael Bay has repeatedly talked about his final Transformers film as the first act of a new trilogy which will be completed by another filmmaker or filmmakers, it seems as though the studio isn't quite as committed to financing those films yet as we'd previously been led to believe.

Vice Chairman of Paramount Pictures Rob Moore spoke with members of the Chinese press earlier this week (via CBM), and said that the future of the franchise hinges on the success of Transformers: Age of Extinction, the 2014 release that will unite Mark Wahlberg and the Dinobots.

"Each time we've waited until the movie has come out to start the next one and making sure we've made a really satisfying movie that was popular and starting to figure out where a next adventure should go," Moore said. "But certainly our hope is that we will continue to make Transformers movies well into the future."

He added that there are no concrete plans for a fifth and sixth installment in the franchise yet.

You can check out the full interview, which focuses primarily on Paramount's strategic relationship with China, at M1905.