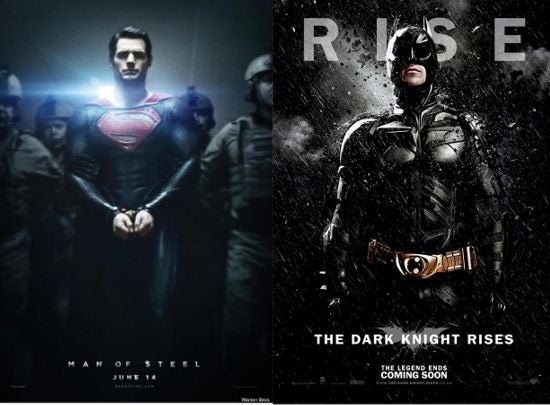 In his Dark Knight trilogy, director Christopher Nolan created an intricate world for Batman. With high tech gadgets and vehicles and amazing stunts, the Batman films had to be challenging to put together. However, Christopher Nolan says what he went through with Batman pales in comparison to what director Zack Snyder has to do with Superman.

In an interview with The Hollywood Reporter, Christopher Nolan offers up some thoughts on Man of Steel, which he is producing. Nolan sings the praises of Zack Synder, calling him “the perfect man to take this on.” Nolan points out Synder’s ability to create a “coherent, cohesive world” like he did in 300 and Watchmen.

Perhaps most interesting, Nolan offers up an opinion on how the Man of Steel is very different from his Dark Knight movies. Nolan says,  “In my honest appraisal, taking on Superman and creating that world is far more difficult than creating the world of the Dark Knight. He has a lot of finishing to do on the movie -- it has a very long postproduction schedule because, unlike Batman, Superman flies."

Even though Warner Bros. hasn’t been shy about reminding viewers in Man of Steel trailers that Christopher Nolan is a producer on the film, Nolan himself seems intent on reminding everyone that Man of Steel is Zack Snyder’s movie. Nolan professes to feeling guilty talking about the movie, because he’s sitting around with nothing to do, while Zack Snyder does all the hard work of finishing the film.