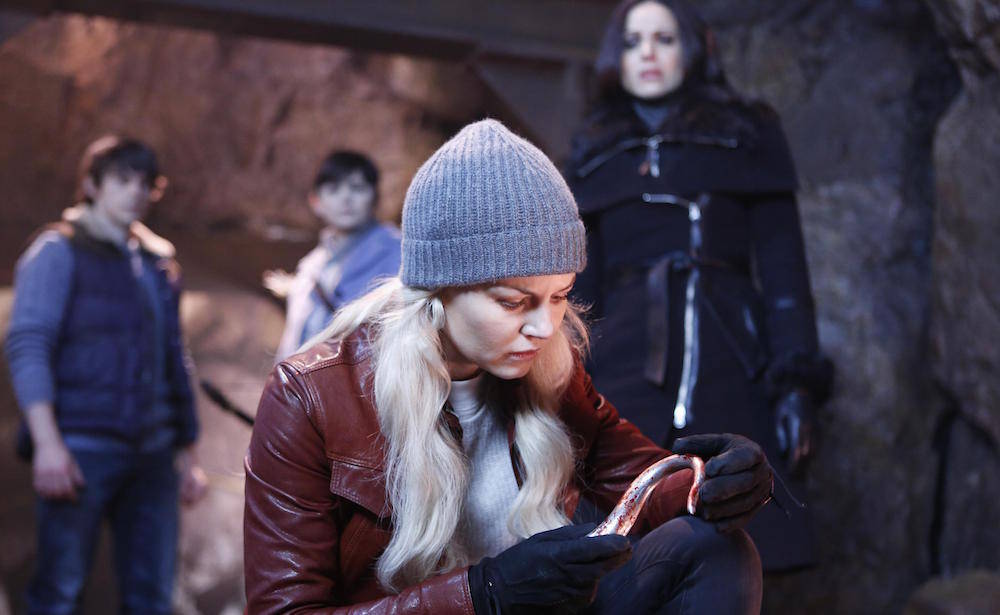 The episode opens in a fiery portion of the Underworld, where Hook (Colin O'Donoghue) and a young girl are both being held captive, by Cerberus, the mythic three-headed dog. He encourages her to escape while he distracts them, sacrificing himself. Emma (Jennifer Morrison) and Regina (Lana Parrilla) find her later, with Cerberus still hot on her trail, and use magic to poof all three of them to the Underworld equivalent of the Charmings' apartment.

Meanwhile, Mary Margaret (Ginnifer Goodwin) and David (Josh Dallas) wonder the graveyard, discovering the grave of Hercules and inciting a flashback. When Snow White was just a young princess (Bailee Madison), a horde of bandits was terrorizing the kingdom – working with the Evil Queen behind Snow's back, of course – and she ran away, embarrassed that she couldn't help her people.

Snow falls into a hunting trap in the woods and is saved by Hercules, who only has one of his Twelve Labors remaining: defeat Cerberus. He encourages Snow White not to give up, and he even offers to train her for battle, suggesting that she fight the bandits herself.

In the present – Emma, Regina, and Mary Margaret find Hercules (thanks to the blind witch from the Underground version of Granny's), and he appears to be the same age, unwilling to share how he died. Mary Margaret figures that not only could he help them defeat Cerberus, but also, it may be his destiny, the "unfinished business" keeping him in the Underworld.

Elsewhere, Henry (Jared Gilmore) breaks into the mayor's office while Robin (Sean Maguire) keeps guard outside, expecting it to be empty but finding Cruella. She explains that only the Author – aka, Henry – can bring her back to life. Additionally, Henry may have broken the Quill up on Earth, but that just means that it's alive in the Underworld, with unfinished business. If he helps her escape the Underworld, it will be as if she never died, and therefore, Emma's soul will be pure again. When Henry leaves the office later, he pretends that he didn't find anything or anyone, lying to Robin. 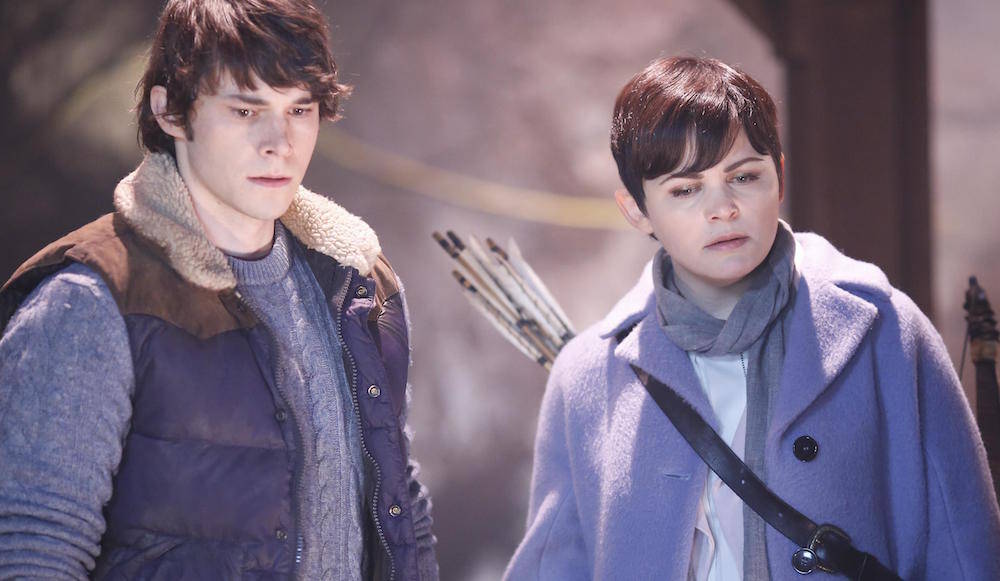 Then, Mary Margaret, Hercules, and the others go the tunnel where Cerberus is waiting, but Hercules quickly gets cold feet. Hades (Greg Germann) appears, revealing that it was Cerberus who killed Hercules, sending him to the Underworld. And then, he presents Emma with a token from Killian: his actual, bloody hook.

Back in the flashback, Snow White bravely stands up to the bandits, only to drop her quiver of arrows and make a fool of herself. Hercules defends her in the moment, but her dignity is shot. He admits that he only achieved his first labor by failing miserably, but learning from it, and this inspires her to try again. This time, she shoots away their weapons and successfully convinces them to leave the kingdom.

With this memory in mind, Mary Margaret comes to the conclusion that they need to fit Cerberus with Hercules's first failure in mind. He regrets fighting the beast alone, so this time, they will fight him together. Cerberus first bursts into the Charmings' apartment, but after the crew splits up and a chase ensues – Hercules, Mary Margaret, and the prisoner from the beginning find themselves trapped by the monster. Hercules gives the prisoner his dagger, grabs a pipe for himself, and Mary Margaret readies her arrows. Together, they slay the beast.

Next, the gang cools down at the restaurant, and the prisoner reveals herself to be Meg. Hercules died not only fighting Cerberus but also trying to save her from the monster. Unfortunately, she died after he failed – but now, both of them have solved their crisis of "unfinished business." The crew takes them to the send-off point, and Hercules and Meg ascend together to Olympus.

Deep in the Underworld, Hades sees the clock tick twice, once for each of their souls escaping. Hook sits nearby, covered in blood. Hades decides that it's no longer enough for Hook's friends to leave the Underworld; he wants to punish them. For each soul they help escape, one of them will have to stay forever. And Hook will have to decide which of his friends to condemn.

Once Upon a Time Season 5 Episode 13 Recap With Spoilers: Labor of Love