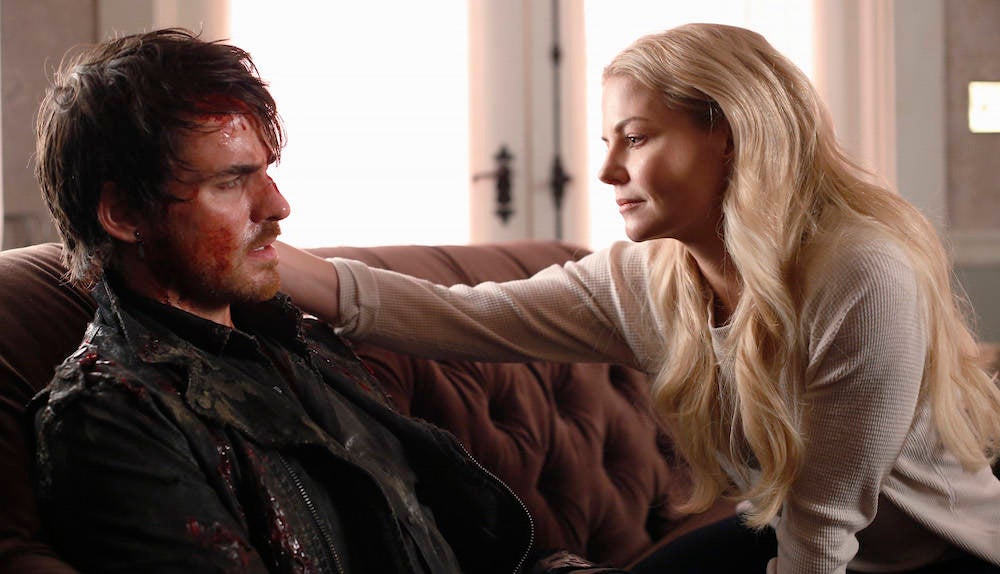 The episode begins with Cruella (Victoria Smurfit) and Henry (Jared Gilmore), searching for "the pen." When Henry sees a glimmer in the forest, they split up, and he finds himself face to face with the Apprentice (Timothy Webber), whose "unfinished business" is Henry. He tells Henry that the pen is resting at the Sorcerer's mansion and that all he needs is a key to get it. However, he doesn't think that Henry should use the pen for anything but recording. If Henry makes the right choice, the Apprentice can "move on."

Meanwhile, Emma (Jennifer Morrison) uses magic to heal Hook entirely and quickly goes in for a kiss, but he turns away. Hook (Colin O'Donoghue) is mad at himself for instantly giving in to his dark powers, thinking he doesn't measure up to her. They're interrupted by a knock on the door; Hook's brother Liam (Bernard Curry) apparently has some sort of unfinished business, though he doesn't know what it is. He tells them that there is "some sort of book" with the power to defeat Hades, which Emma assumes to be the Underworld equivalent of the Storybook.

The crew gets to work, looking for the Storybook, without much luck. At one point, Liam pulls Emma aside, telling her that she isn't good enough for Killian by citing her poor decision to turn him into the Dark One. He wonders if she saved Hook for the sake of saving him, or for herself. Liam proposes that she break up with Hook, after they hopefully escape. Henry returns and tells the others that the Storybook is probably in the Sorcerer's mansion, though he doesn't fill them in on the pen. They will need to get the key from the Sheriff: David's twin brother.

In a flashback, we see Liam and Hook cleaning a ship, after being sold into slavery by their father. Liam plans for them to leave their servitude by joining the Navy, but Hook gambles away their prospects. Despite his drunken antics, Liam vows to never leave his brother. Some days later, their ship recklessly heads into a hurricane, with the captain in pursuit of "the Eye of the Storm," a sought-after treasure. Liam hosts a successful mutiny to protect the crew.

In the present, Hades (Greg Germann) visits Liam's Underworld bar, where they share a drink. Hades knows about their plans to acquire the Storybook, and he demands that Liam find and destroy the pages that concern Hades's story. He blackmails Liam, saying that he will reveal to Hook the real reason why his brother has unfinished business in the Underworld – if he doesn't deal with the pages. 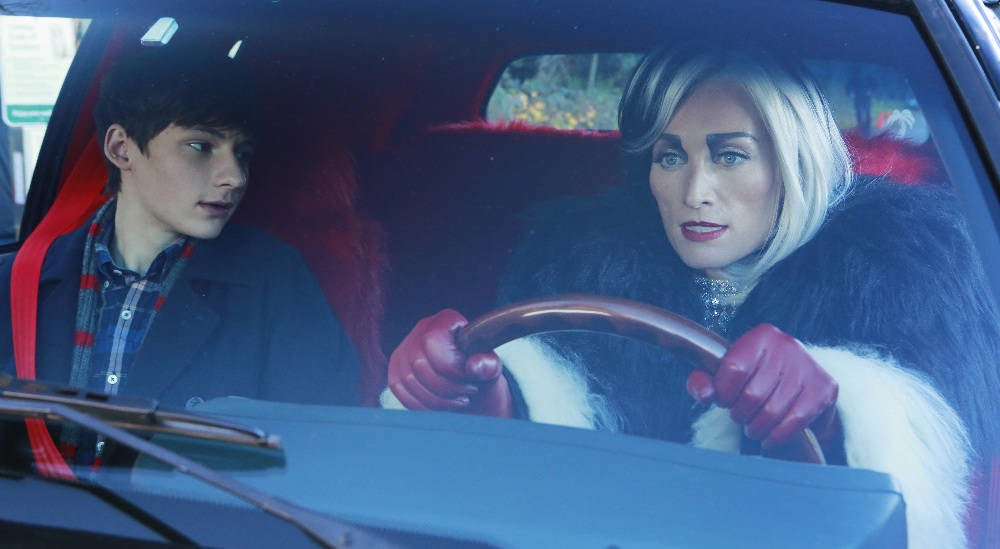 Snow White (Ginnifer Goodwin) and David (Josh Dallas) go the Sheriff's office and find the key almost immediately, until Cruella appears, looking to unwind with James. Snow leaves with the Key, while David pretends to be his brother. Cruella gets handsy fast, going right for a passionate kiss.

The crew enters the Sorcerer's house with the key, and Henry's moms both demand that he stay in the foyer. He disobeys, of course, looking for the pen. Liam is the first to find the Storybook, and he rips out the Hades pages right away. All the while, David does his best to turn down Cruella without giving away his identity – until he snaps. She admits to knowing who he was the whole time, and then she tells him that his brother has always resented him for having a loving mother.

As the flashback continues, we see Hades appear on the ship, initially giving Liam some advice about the mutiny. Hades then reveals his identity and admits what he is after: the souls of the men on the ship. He offers to ensure that Liam and Killian will survive, if Liam lets the rest of the men die. Hades even offers Liam the Eye of the Storm, which is sure to get him his dream job in the Navy. Liam makes the deal with Hades, lies to Killian, and drives the ship right into the storm. Later, we see the Brothers Jones wash up on shore, found by men from the Navy. Liam shows them the Eye of the Storm, and he is declared a hero. They are both immediately given positions on a Royal Navy ship.

The others are dismayed to find that the Hades pages have been ripped out, and Liam makes a big point of not giving up and continuing to look for them. Soon after, Emma tells Hook that she thinks something is fishy about Liam, suggesting Hook might not know everything there is to know about his brother. Emma tries to confront Liam later, but Hook will have none of it. He says he wants to break up once they escape, and Emma storms off. Then, he notices that Liam does indeed have the pages, just as the men from the ship begin to surround them. They reveal the truth about Liam, and then kidnap both brothers.

Hook and Liam soon find themselves at the edge of the Underworld, with the men demanding that they take the leap into the depths. Suddenly, Hades appears, happy with Liam but obviously furious with Hook. When Liam tries to stop Hades, the Lord of the Underworld pushes him into the flames. Hook grabs Liam's arm just in time, but Liam decides to let go, sacrificing himself in an attempt to make things right. Because of this, he is able to move on to a better place, as does the ship's crew. Hades – furious – leaves.

Right after, Hook returns to Emma, apologizes, and explains what happened. Back at the Sorcerer's mansion, Henry retrieves the pen, while the rest of the crew reads through the Storybook. David notices that Henry seems off, and after a heart to heart, Henry decides to show them all that he has the pen. He plans to use the pen the right way, by re-writing the Hades story that was ripped out.

Deep in the Underworld, Hades scans over the torn pages, gazing at a drawing of himself with Zelena, and says "our secret remains safe."

Once Upon A Time Season 5 Episode 15 Recap With Spoilers: The Brothers Jones

Spy x Family Is Topping Ratings Over in Japan