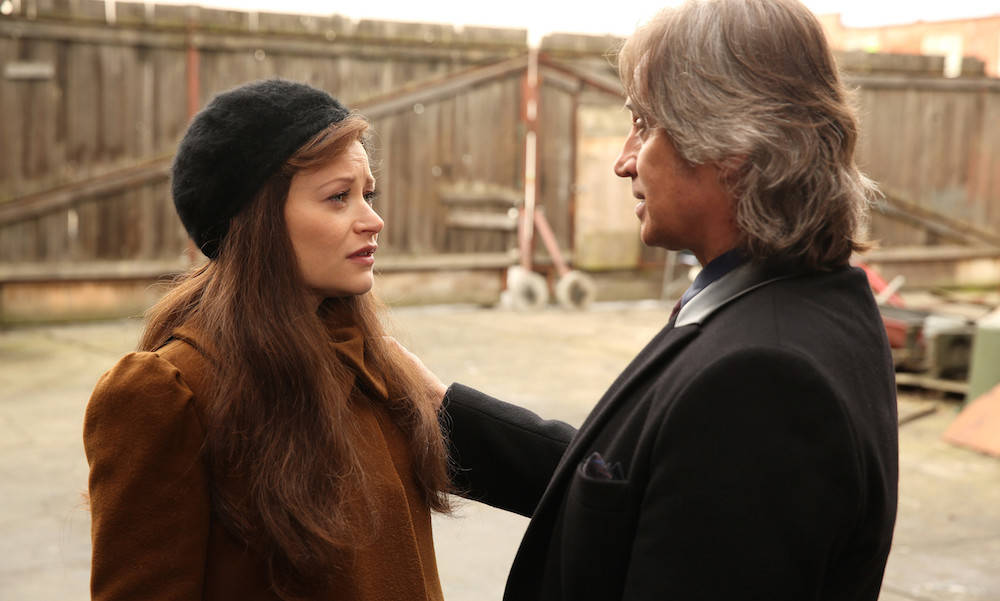 The episode begins in a flashback, where Belle's father, Maurice, once again introduces her to a new suitor: Gaston (Wes Brown). She's heard the tales and is reluctant to meet with him, but when changes her mind when Maurice admits that a political alliance with Gaston's family would help them in a nearby ogre. Belle (Emilie de Ravin) is surprised to find that Gaston is actually, seemingly, quite humble and agrees to go on a walk with him.

The two are getting along surprisingly well – especially after Gaston admits that all of the rumors about his womanizing are false – until they hear the sound of a large animal nearby. An avid hunter, Gaston tracks it through the woods to find an enormous hole in the ground. Inside, they find an ogre child. Gaston believes it may be a scout for the rest of the ogre army, but Belle is afraid that the ogre may be tortured if they take it back to the castle. He agrees to let her investigate her way, instead.

In the Underworld, Belle returns to Rumplestiltskin (Robert Carlyle) after their argument and explains that she will only agree to stay with him if he uses his Dark One powers for good – which they will need to protect their baby. He says that it's simply not possible, but she retorts that he has no other option.

Nearby, Emma (Jennifer Morrison) dreams that that she can use a magic spell to burn their names off Hades's gravestones, but a storm stops her. Then, a wild animal attacks her mother, Snow White (Ginnifer Goodwin), which is when Emma wakes up. Regina (Lana Parrilla) has done her best to unlock the elevator to Hades, but even with her combined magic with Emma's, the elevator remains shut. Emma tells them about the gravestone spell from her dream, and they agree that it's their next best plan.

Elsewhere, Hades (Greg Germann) follows Zelena (Rebecca Mader) around the Underworld but is interrupted when he sees a flower growing out of the rubble. He goes straight to Gaston, who works at an animal shelter in the Underworld. Hades believes that the presence of Belle, Rumple, Emma, and the others has inspired hope – causing souls to escape and life to grow in the Underworld. He offers Gaston magical arrows to kill his own murderer: Rumplestiltskin.

Belle and Rumple are researching light magic nearby, but they end up in another argument when Rumple explains that her requests are simply not possible. She leaves, and he follows her outside, when Gaston appears, bow in hand. Rumple grabs one of his arrows out of the air and immediately uses magic to poof both himself and Belle to safety. The arrows were forged in the River of Souls, meaning that even a simple scratch will condemn you to the river forever. Belle insists that they try to help Gaston move on from the Underworld, instead of fighting back. 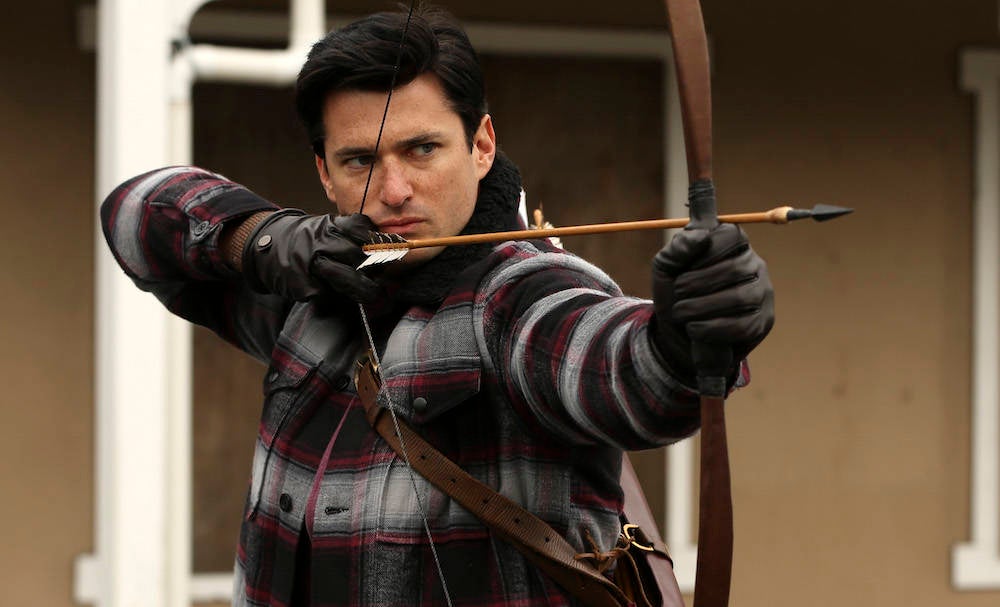 As the flashback continues, Belle uses a book of magical artifacts to determine that a special item called "the Mirror of Souls" will reveal of the ogre has evil intentions, and she gives Gaston her favorite book: "Her Handsome Hero." She leaves to get the Mirror, while he agrees to stay back and watch the ogre. However, when she returns with the Mirror, her father, and his army – the ogre has attacked Gaston. He decides to lead a search party to find the beast.

Gaston and his hunters ultimately find the ogre and shoot it out a tree, without realizing that Belle is close behind. She attempts to shield the ogre from one of Gaston's arrows with the Mirror, when the magical item reveals that Gaston's intentions are malicious. This is when she realizes that he actually tortured the ogre while she was gone. Furious at Gaston, she lets the ogre go free. Later, the ogre army approaches their borders, and she is forced to accept Gaston's marriage proposal for the political benefit.

Back in the Underworld, Belle and Rumple break into Gaston's locker at the shelter, where she finds a copy of "Her Handsome Hero." She assumes that she is his "unfinished business" and tells Rumple to leave while she waits for Gaston's return. Instead – Hades visits her, making a deal. If either Gaston or Rumple manages to push the other into the River of Souls, he'll tear up the contract that gives him ownership of her baby. She turns the deal down.

Then, she sets up a trap at Rumple's shop to lure in Gaston, where she confronts him. He says that she is wrong about his unfinished business; the book is actually a punishment, reminding him that she made him weak. After he leaves, she goes to Rumple and begs him to promise not to hurt Gaston. Once he does, she tells him about the deal Hades proposed, and – immediately turning on his promise – Rumple leaves to kill Gaston.

Belle follows and begs Rumple to hear her out before he throws Gaston into the river. She gets close and leans in for a kiss – before pulling the dagger out from his coat. Belle commands that he leave Gaston alone, so he drops him. But then, Gaston picks up his bow and arrow, about to shoot Rumple – and Belle pushes him into the river to defend her husband. Hades appears and explains that her actions do not satisfy his deal, because it was supposed to be either Rumple or Gaston that pushed the other – not Belle.

Meanwhile, at the graveyard, Emma's dream seems to become a reality, as the storm begins. They run away from the beast into Regina's vault, where they wait. Regina eventually joins them and convinces Emma that her dream is likely not true. Instead, it probably represents something that is going on in her head. Emma admits that she regrets taking them all into the Underworld, but Snow reminds her that they all wanted to help. They decide to go after the beast together.

The episode ends as the heroes track the beast through the woods, eventually stunning it from afar with magic. When they get close, they realize that the beast was actually just Little Red Riding Hood in wolf form. She lies on the ground, unmoving.

Once Upon A Time Season 5 Episode 17 Recap With Spoilers: Her Handsome Hero