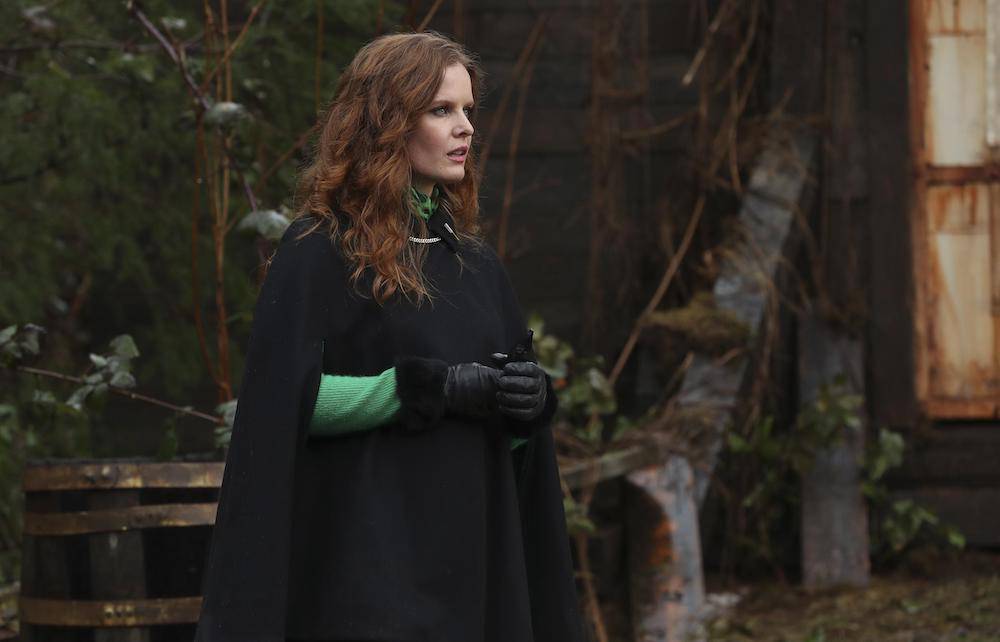 The episode opens on young Zelena, using her magic to restore a bird's nest that was knocked out of a tree by some other kids. A boy named Stanum sticks up for her, saying her appreciates her magic and doesn't think she's "a freak" like the others do. Then, we see Zelena (Rebecca Mader) as an adult, green skin and all, receiving a visit from adult Stanum, who needs her help.

Stanum was cursed by the Wicked Witch of the North and is now turning completely into tin. He believes that he can stop the process by obtaining the Crimson Heart, but Zelena isn't interested in helping. Once he accuses her of being afraid, she changes her mind.

Elsewhere, Snow (Ginnifer Goodwin) is overly excited to plan Emma and Hook's wedding, especially right before the Final Battle. She believes that the wedding will provide everyone with the hope they need to be strong. Hook (Colin O'Donoghue) gives the magic wand piece to Regina (Lana Parrilla) so that she can examine it, while the Charming family plans the wedding.

At the pawnshop, Rumple (Robert Carlyle) explains to Belle (Emilie de Ravin) that the Blue Fairy knew the Black Fairy before she ever turned evil. Perhaps the Blue Fairy will have a clue as to how to defeat her, but unfortunately, she is still under a coma thanks to Rumple's attempt to defend Gideon earlier in the season. He leaves to do some research, and Zelena enters. Belle agrees to look after Robin, and Zelena leaves – ready to take on the Black Fairy. 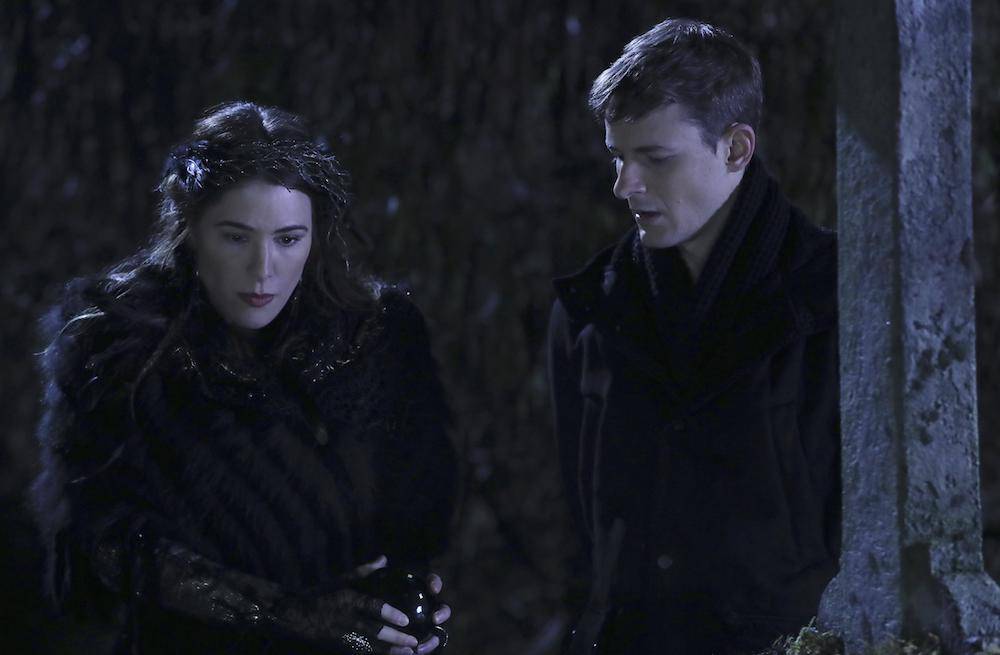 Regina's study of the wand piece leads her right to the pawnshop, where she quickly realizes where Zelena has gone. She finds Zelena deep in the mines where they believe the Black Fairy is hiding, and they get in a physical fight. Zelena refuses to turn back, running ahead and finding the Black Fairy and Gideon. Ultimately, Gideon holds off Regina while the Black Fairy shows Zelena just how powerless she is.

Then, the Black Fairy uses Zelena's unstable, dark magic to power up a series of crystals, which she says she will use to start the Final Battle. Having no more use for Zelena or Regina, she vanishes them outside of the mines. When they wake up, Regina angrily tells Zelena that she should just go back to Oz.

As Zelena's flashback continues, we follow her and Stanum on their quest to the Crimson Heart. He tries to convince her that she doesn't have to be so lonely, but she denies the feeling the first place. On their way, he is attacked by a lion, and Zelena successfully fights away the beast. They find the Crimson Heart but discover that someone's magic must be absorbed for it to work. Zelena will not give up her magic for him, and Stanum turns into the Tin Man.

Again in Storybrooke, we follow the Charming family to multiple venues that Snow considers suitable for the wedding. David (Josh Dallas) finds flaws with all of her plans, and when Snow angrily pulls him aside, he admits that he doesn't think the timing is right. He doesn't want Emma to be pre-occupied during her wedding, thinking about the Black Fairy. Emma overhears their conversation and insists that the timing is perfect.

Towards the end of the episode, Zelena retrieves baby Robin and prepares to go back to Oz but changes her mind. She meets up with Regina, Emma, and co. and explains that she still has the Crimson Heart. She can use it to absorb all of her magic, rendering the crystals useless. Zelena bravely sacrifices her magic to do just that.

Finally, Emma, Regina, and Zelena go to the pawnshop and use their magic to awaken the Blue Fairy. Then, we see the Black Fairy tell Gideon that the Blue Fairy knows her darkest secret: the reason she abandoned Rumple.

Once Upon a Time Season 6 Episode 18 Recap With Spoilers: Where Bluebirds Fly