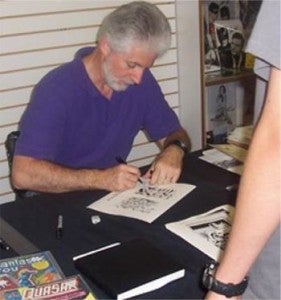 Yes, we at Comicbook.com have scored an exclusive interview with a man whose name has been making front page headlines for the last several days. We’re talking about none other than Paul Ryan. You might be familiar with Paul Ryan for his long run drawing the Fantastic Four for Marvel Comics or as the artist on the Phantom newspaper comic strip.

What? Did you think we were talking about Congressman Paul Ryan, who Mitt Romney recently picked as his vice presidential running mate? Why would we talk to him? He doesn’t write or draw comic books (at least not any we know of).

No, the Paul Ryan we’re talking about actually co-created a character called Ravage 2099 with Stan Lee. We bet the Congressman has never created anything with Stan Lee. Comic book artist Paul Ryan also co-created DP7 for Marvel’s New Universe line, and he is one of only two comic book creators to have contributed to both the wedding issues of Spider-Man and Superman. 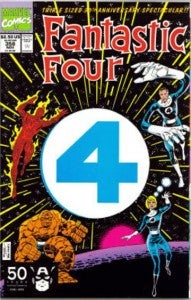 Comicbook.com: Have you gotten any emails or phone calls from confused press members thinking that you're the same Paul Ryan that Mitt Romney selected as his vice presidential running mate?

Paul Ryan: No calls or emails from the press. Friends and family have been kidding me ever since the announcement.

Comicbook.com: How do you think having the same name as the possible future Vice President of the United States might impact you? At the very least, it should bump you to the top of the list when making dinner reservations.

Paul Ryan: I don't think having the same name as the Congressman from Wisconsin will have any impact on me. No dinner reservation bumping. I live in Massachusetts. They would probably tell me they were already filled to capacity with the Elizabeth Warren party.

Comicbook.com: Have you seen an increase in visits to your website or interest in purchasing your art since the announcement about Paul Ryan was made?

Comicbook.com: Do you plan to vote for the Mitt Romney/Paul Ryan ticket?

Paul Ryan: Telling you that would violate the privacy of the voting booth. Oh, what the heck......YES!! 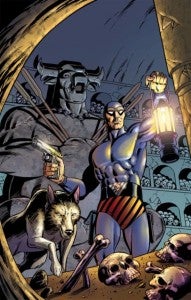 Comicbook.com: Do you have any plans to return to comic books? Or is the Phantom comic strip keeping you to busy for anything else?

Paul Ryan: No plans, no offers.

Comicbook.com: Of all the comic book work that you have done throughout the years, what was your favorite title and/or characters that you worked on?

Comicbook.com: Anything else that you would like to tell our readers about any upcoming work or appearances?

Paul Ryan: I will be appearing with the Lovely Linda at the Rhode Island ComicCon, November 3-4, 2012. There's really not much going on around here. I do, still, enjoy working on the Phantom. Oh, and I have a new hobby. Cowboy Action Shooting. Thanks for asking.

If you’re interested in learning more about comic book and comic strip artist Paul Ryan, his official website is located at SecondStarGraphics.com.