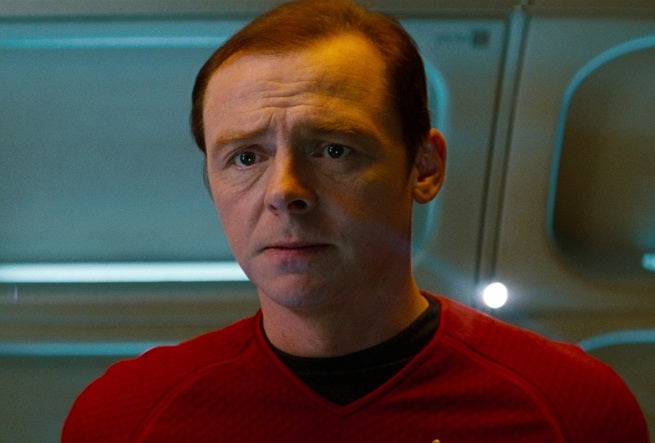 Scotty, you've some explainin' to do...oh, wait, you did. Nevermind.

Simon Pegg drew some ire from some Star Trek, Star Wars, and pretty much the nerd community at large recently when an i09 article about a Radio Times had him saying that genre movies and the culture itself has made society "infantilized".

"Now we're essentially all consuming very childish things – comic books, superheroes. Adults are watching this stuff, and taking it seriously," he said. "It is a kind of dumbing down, in a way, because it's taking our focus away from real-world issues. Films used to be about challenging, emotional journeys or moral questions that might make you walk away and re-evaluate how you felt about … whatever."

Well after a bit of digestion, the Star Trek star and screenwriter responded on his own site this afternoon and explains he he didn't mean to talk down to sci-fi fans, much less the genre.

"It has come to my attention (thank you google), that the excellent website, Io9 picked up on some controversial comments I made to the Radio Times, which can be summed up in the above headline. Now, maybe I was being a little bit trollish, I can be a bit of a Contrary Mary in interviews sometimes. When you do lots of them, you get sick of your own opinions and start espousing other people's. Having said that, the idea of our prolonged youth is something I've been interested in for a very long time. It's essentially what Spaced was about, at least in part."

Pegg continued on to say that his comments were mistranslated and were not intended to come across that way. " I did not mean that science fiction or fantasy are dumb, far from it. How could I say that? In the words of Han Solo, 'Hey, it's me!'"

i09 has since been updated with Pegg's response, but what if there's some truth to it, readers? What do you think?

Pegg Responds To The Response Of His Comments on Nerd Culture