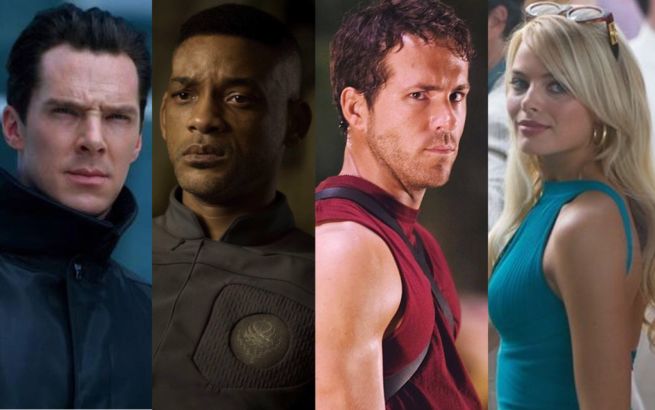 Whoa, did you hear that? That’s the collective sound of Hollywood’s actors signing their next five years away with comic book franchise contracts.

“Massive” doesn’t even begin to describe the amount of casting news made this week. “Thanos-sized” might be more appropriate, with multiple announcements made by DC and Marvel, and more.

Over at Warner Bros., DC Comics began the deluge by announcing the cast for their 2016 Suicide Squad film. Heading DC’s villainous movie are Jared Leto as the Joker, Will Smith as Deadshot, Margot Robbie as Harley Quinn, Tom Hardy as Rick Flag, Jai Courtney as Boomerang (or Captain Boomerang), and Cara Delevingne as Enchantress.

That was only Tuesday. Thursday began with the news that Christoph Waltz will play the chief villain in the new James Bond film, SPECTRE, continued with Cliff Curtis as the male lead in The Walking Dead spinoff, then ended with the bombshell that Benedict Cumberbatch will play the Sorcerer Supreme in Marvel’s Doctor Strange film.

Of course, it wouldn’t be a day on the Internet with out some unconfirmed reports, which came by the way of Ryan Reynolds' potential return to Deadpool, and  Mike Colter’s possible casting as Luke Cage for Marvel's Netflix series.

But the week ended with an official announcement for another of Marvel’s Netlfix series. After unverified reports from Thursday, Marvel officially confirmed yesterday that Breaking Bad’s Krysten Ritter will play Jessica Jones in the upcoming Jessica Jones series.

That’s a lot of news to take in, let alone get excited about. But we'll have to declare their favorite bit of casting news sooner or later. It’s in our blood. That’s why Comicbook.com is going to turn it over to you to decide which announcement was the crème de la crème of casting news. Sound of below in the poll below, and let the powers that be know what they got right—or wrong.

POLL: Which Comic Book Casting Announcement This Week Made You The Most Pumped?