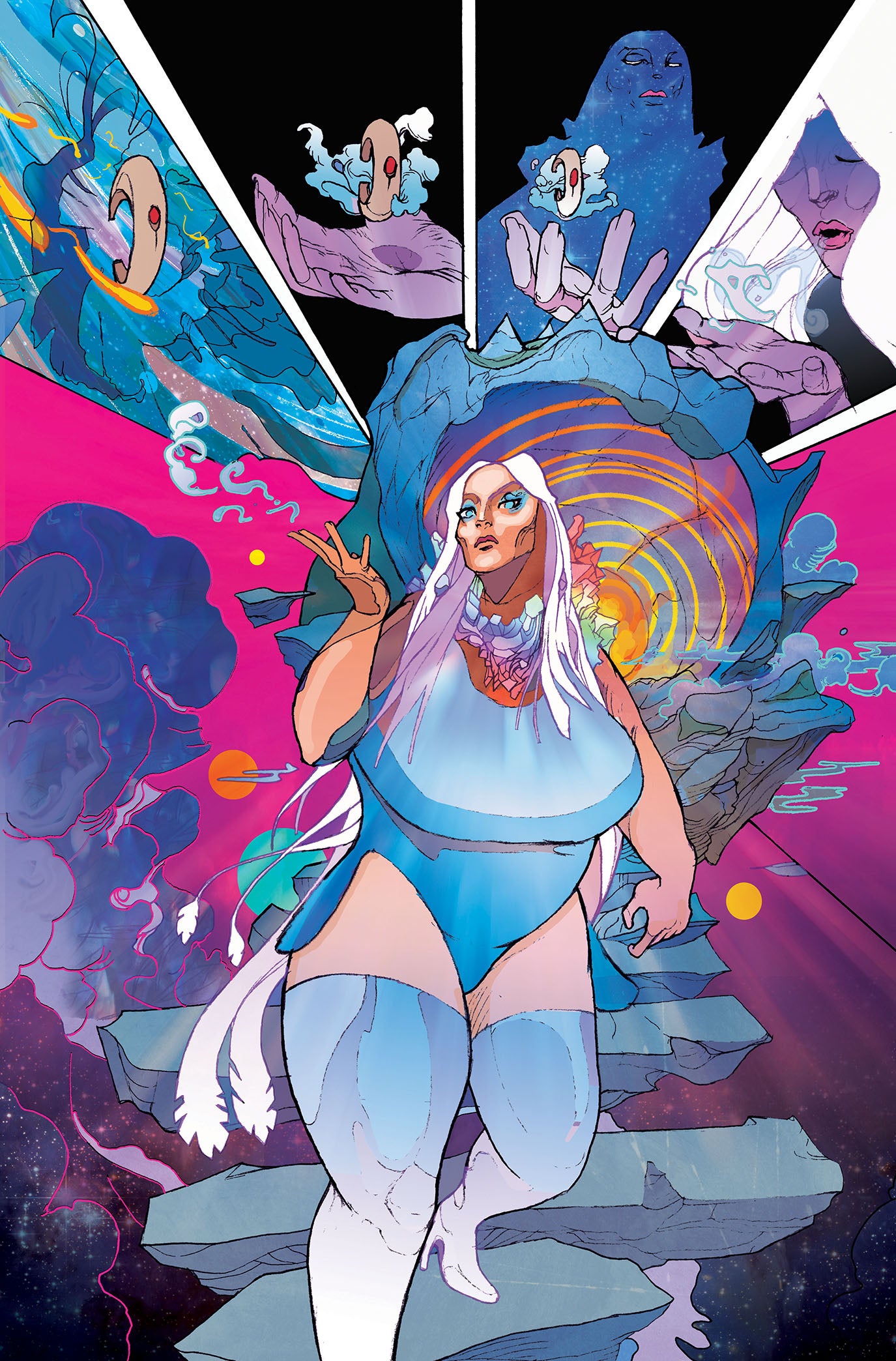 The series is a cosmic retelling of Homer’s epic poem “The Odyssey,” where all of the characters live in deep space and have reversed genders. For instance, the main character Odysseus has been recast as a female named "Odyssia." In an interview with Comicbook.com earlier this year, Fraction described the series as “very cosmic, very hallucinatory science fiction.”

The pages below, by Christian Ward, certainly seem to evoke those trippy sensibilities. "ODY-C #1" hits comic shops on November 26th. Its final order cut-off for retailers is today.