On location film photos are quickly becoming the latest fad. With social media and a plethora of blogs, such photos are easy to publish to the world. Such is the case with 'R.I.P.D.,' which recently began production.

R.I.P.D. was originally a very successful comic book series from Top Cow. Written by Peter Lenkov, it centers on a murdered officer (Reynolds), who joins a department of dead cops who battle dead spirits that refuse to move on. Reynolds' character is given the opportunity to find the man who killed him.

Here is one photo from the set. You can find the rest here. 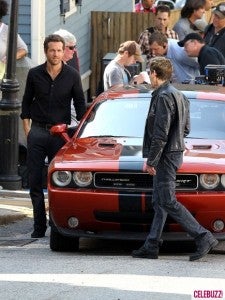