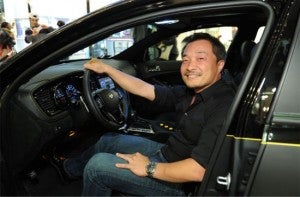 Earlier tonight at the Time Warner Shops at Columbus Circle in New York, DC Entertainment co-publisher Jim Lee was on hand to unveil a Batman-inspired Kia Optima SXL in front of a crowd of onlookers, mostly fans and members of the comics press in the city for tomorrow's kickoff of the New York Comic Con. According to Kia, "Lee provided creative direction for all eight vehicles and each car highlights the collaborative process between Lee and the custom shops bringing his designs to life."

For the most part, the car is just a souped-up Optima, but the grill is the real highlight; it was hand-crafted and reportedly took over 40 hours to complete. 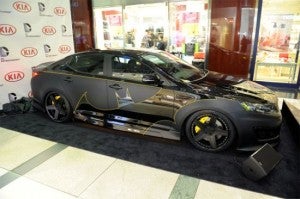 "Batman is one of the most popular Super Heroes of all-time, and showcasing in a fun and creative way Kia‘s top-of-the-line Optima SX Limited as a Batman-themed custom ride underscores this car‘s potent combination of premium features and turbocharged performance," said Michael Sprague, executive vice president, marketing and communications, KMA. ―The Optima is our best-selling vehicle and has played a significant role in Kia becoming one of the fastest-growing automotive brands in the U.S. over the last five years, and it is the perfect platform to introduce our partnership with DC Entertainment and the Justice League to benefit the We Can Be Heroes campaign."

We Can Be Heroes is a campaign underwritten by Warner Brothers and DC Entertainment, in which DC's iconic superhero characters are used to generate funds for and awareness of starvation in the Horn of Africa. The Darkness and Light Art Show in support of the event is on display at the Time Warner Center in New York this weekend during Comic-Con. 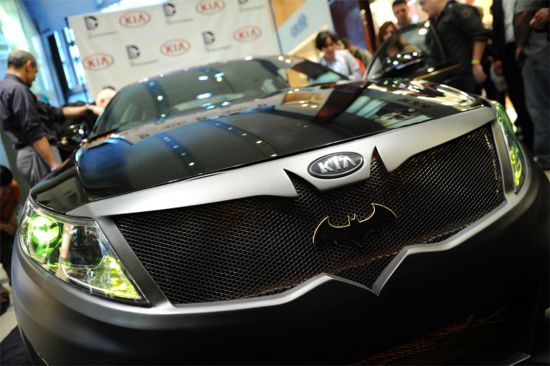 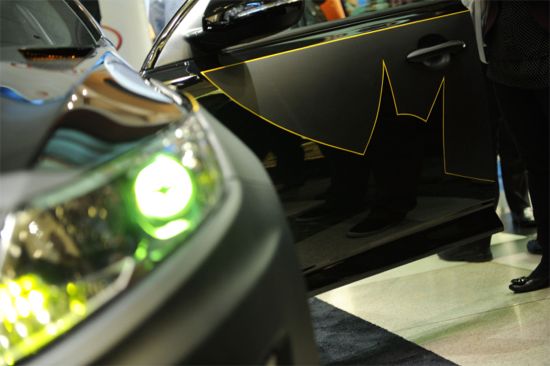