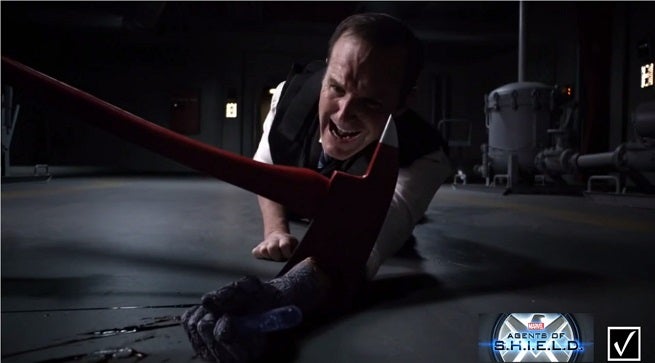 As previously reported, there's a recurring Easter in Marvel Studios' Phase 2 movies of cutting off somebody's hand as an homage to The Empire Strikes Back.

Our original report included a supercut of all of those instances. Fun Notes has now put together a video that includes those instances, plus two from Marvel Studios television: one in Daredevil, and the other in Agents of S.H.I.E.L.D.

No arms chopped off in Agent Carter. Guess it's a good thing the show got renewed for a second season then.

What If...? Director Reveals Why He Thinks Evil Strange Should Win Emmy

CM Punk vs. Jon Moxley Announced for AEW All Out 2022, Punk and Moxley Brawl on AEW Dynamite