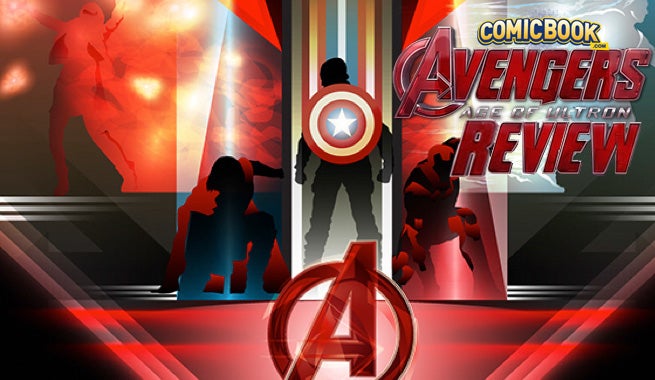 Avengers: Age of Ultron is exactly what you've anticipated: An epic Marvel Universe adventure filled with action, humor, and heart. And that's it. Age of Ultron lands exactly within the field of expectations instead of soaring above them like recent Marvel Studios movies. Call it a victim of Marvel's non-stop success, but the studio's biggest sequel fails to truly usher in a new age.

That's not to say Age of Ultron is a bad film. Far from it, actually. Taken as its own entity, the installment is a thrill. As soon as the Marvel logo fades from the screen, Ultron opens with the fully-assembled Avengers storming the gates of Hydra. While the opener's massive set piece teases the possibility of another two-hour toy commercial, director Joss Whedon thankfully uses it as a catalyst to send the Earth's Mightiest in a more introspective direction. Escalating the thematic arc established in the Iron Man trilogy and The Avengers, a haunted Tony Stark commits an act of hubris that births Ultron, his failed attempt to protect the world. Through Tony's actions, The Avengers learn to pause and question each other's motivations . It's a refreshing progression from the first Avengers, when the team was simply content to throw a pithy one-liner before leaping into the next fight. These characters carry the weight that The Avengers and their respective solo films saddled on them. Tony wants to protect the world through any means possible; Captain America fears the idea of preventative warfare, and Black Widow lashes against her past demons. The disparate, and often conflicting, baggage creates an engaging dynamic that challenges the team in a way that fisticuffs never could.

But don't worry, Age of Ultron has plenty of crowd-pleasing destruction. Every battle is orchestrated to give each Avenger his or her moment to shine, while also pairing their power sets in fresh and inventive ways. (Let's just say Captain America does a lot more than just toss that shield around.) With so many super-powered sluggers running around, it would be easy to get lost in the action, but Whedon never leaves you disoriented. Each moment flows perfectly into the next for some the most elegant brawling to hit popcorn season.

It's just a shame that The Avengers' latest punching bag is just that. The film's chief antagonist and genocidal robot, Ultron, lacks the pathos or motivation to make him a villain worth investing in. Memorable supervillians usually come with a compelling backstory, or at least some scene-chewing charisma, to justify their time on-screen. That's not the case with Ultron. He's simply there move the story's more compelling pieces around him--and blow stuff up, of course. That said, actor James Spader works wonders with limited tools he's given. Even cloaked under a layer of motion capture animation, Spader imbues a disturbingly human quality into Ultron. Apologetic and slightly sarcastic, this isn't the Ultron that comic readers grew up with. That's ultimately a good thing, however, as it provides one of the film's few surprises.

Therein lies Age of Ultron's Achiles heel. It doesn't shock or re-write the formula for superhero blockbusters. Part of what's made Marvel such a creative powerhouse is its bravery to experiment, giving even jaded theatergoers something new to experience. Age of Ultron would have been every bit enjoyable as its predecessor if it came out in 2012, the year that The Avengers did. But within those three years, Marvel further rewrote their own rules with the subversive Captain America: Winter Soldier, and the delightfully wackadoodle Guardians of the Galaxy. Viewers entering Age of Ultron awaiting that same sucker punch may leave disappointed, especially since Marvel undercut Age of Ultron last year with their mammoth Avengers: Infinity War announcement.

Though a smaller step forward than previous Marvel films, Age of Ultron will still delight both the mightiest Marvellites and naivest cinema-goers. The trademark banter and brawling that made The Avengers the third-highest grossing film of all time is still there—but that's about it. New additions like the Scarlet Witch, Quicksilver, and The Vision certainly add some spice to recipe, but they aren't given enough screen-time to chart The Avengers into foreign territory. Considering how mesmerizing Paul Bettany's turn as The Vision—who was thankfully kept under lock and key during Age of Ultron's marketing push—was, it almost feels like a crime. But this is Marvel Studios, so at least the cinematic universe is only getting started with him.

Like the comic book events it draws inspiration from, this sequel's real excitement lies in what's ahead. With a new status-quo awaiting the Marvel Cinematic Universe, viewers should simply buckle in and enjoy Avengers: Age of Ultron for what it is: A roller coaster ride to the next level. It will leave you laughing, it will leave you and cheering, but it will not leave you with a reassembled assumption for what comic book films can achieve.