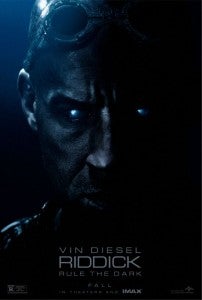 Vin Diesel's Riddick is expected to draw just $18 million this weekend as the week's #1 movie--that's about half a million dollars less than One Direction: This Is Us made when it led off last weekend with $18.7 million and marks what Deadline Hollywood is calling the slowest weekend of the box office year.

That puts it at #2 on the franchise's opening weekend standings--Pitch Black opened at $11 million and The Chronicles of Riddick at $24 million. Of course, Pitch Black was the movie that made Diesel a star and so was opening cold, as opposed to having the cache of his personality and a press tour behind it.

A modest $900,000 take at the midnight showings on Thursday night/Friday morning was part of the problem, although the week after Labor Day is traditionally not a strong moviegoing weekend.

No other movie is projected to make more than $10 million this weekend, with Lee Daniels' The Butler, We're The Millers and Instructions Not Included all expected to make between $6 million and $9 million. That's a trio of over-performers; The Butler was never meant to take #1 against Kick-Ass 2, after all, and We're the Millers was expected to fade out after a couple of weeks but has remained in the top five for over a month. Instructions Not Included opened last week with by far the best Spanish-language opening weekend in U.S. history. 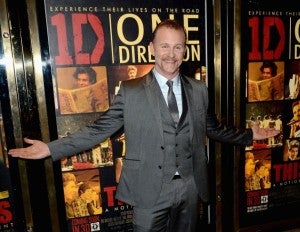 Rounding out the top five with an expected $3.4 million is the One Direction performance film, which is being marketed as a documentary and should ultimately be one of the top all-time grossing films in that category but woin't come close to touching last year's Justin Bieber pic, which made $73 million to be the third-highest-grossing documentary ever and the top-grossing music performance film. 1D could believably take the #4 all-time spot, though, which currently belongs to last year's election-year attack film 2016: Obama's America; the drop-off between #3 and #4 on the documentary lists is substantial and while Bieber made over $75 million, 2016 made less than half that at $33.4 million. Currently, One Direction: This Is Us has $21 million, which puts it just outside of the top ten, looking up at Michael Moore's gun violence manifesto Bowling for Columbine, which it should pass by Monday.

The rest of this weekend's top ten movies at the box office are all clustered together in the $2 million to $3 million range, so really they could fall in any order; it appears to be Elysium, Planes, Blue Jasmine, The World's End and Getaway, in that order, but a strong afternoon by any given film on that list could probably move it up a slot or two.