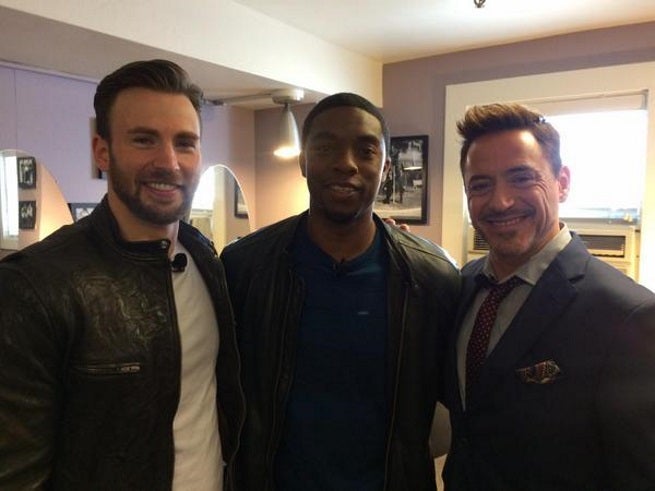 Downey posted the following photos to his Twitter account, showing himself and Chris Evans with Boseman, both on stage and backstage at the event.

The three actors will appear together in Captain America: Civil War on May 6, 2016. Boseman will take the lead in Black Panther, opening November 3, 2017.

Inside and Limbo Developer Playdead Reveals New Details on Next Game

Rick and Morty Brings in Bernie Sanders for a Timely Meme

Catch All of the Pokemon Pops From Funko Fair 2021