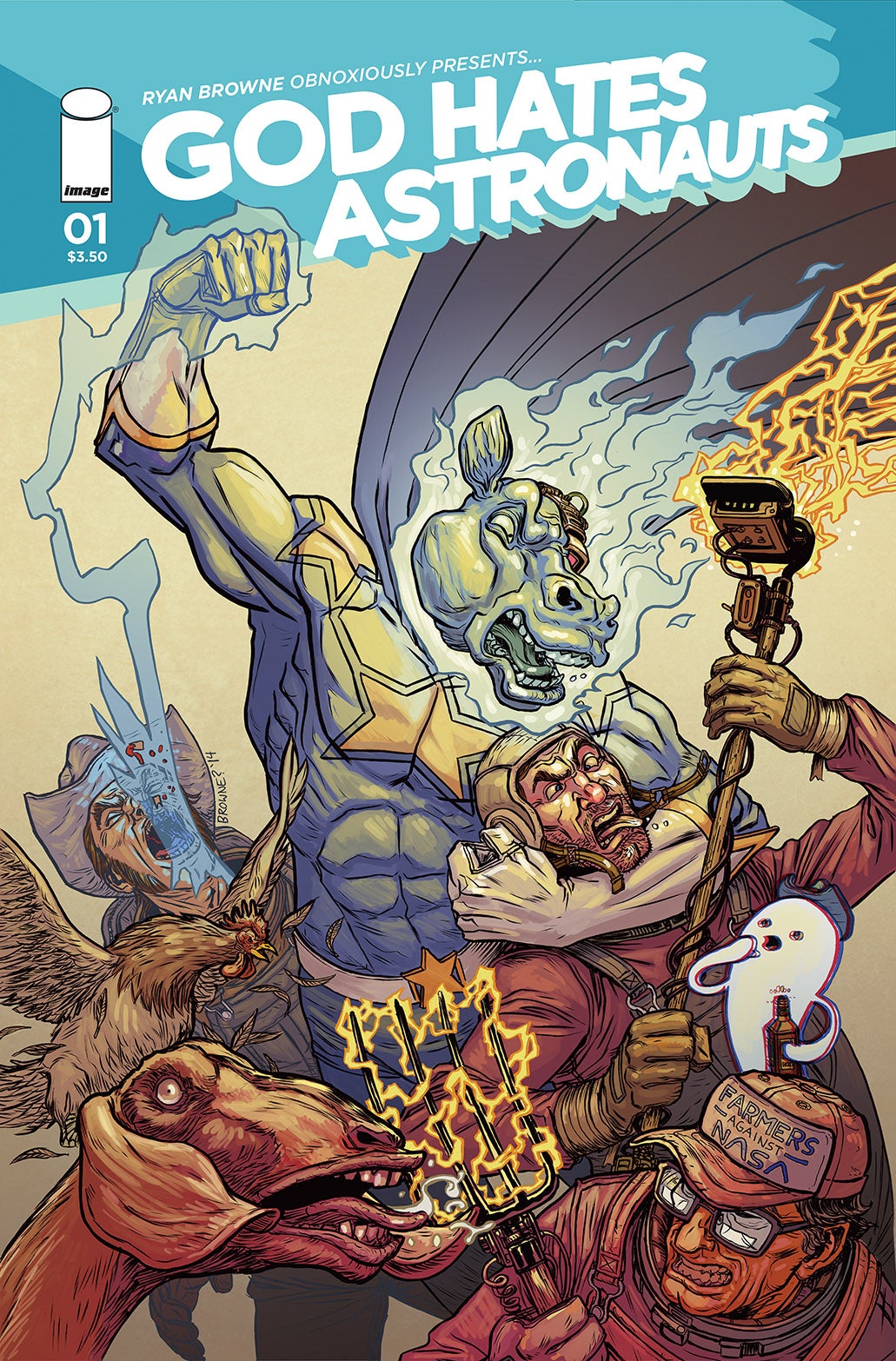 God Hates Astronauts is one of the most hilarious and compelling comics to arrive since the first issue of Chew. Written and drawn by Ryan Browne (whom you may remember from The Manhattan Projects and Bedlam) the God Hates Astronauts originated as a web comic (which you can read here), that was collected in a deluxe hardcover via kickstarter and eventually in a softcover from Image Comics. The series returns today with a new ongoing series from Image Comics.Quirky, and brimming with a brilliant kind of dark, surrealist, and situational humor, God Hates Astronauts drew in fans immediately, garnering near universal acclaim from critics and creators a like. With today's debut of God Hates Astronauts #1, the book is primed to expand its reach to a whole new audience.

I sat down with Ryan to talk about the return of God Hates Astronauts, his process, working with Jonathan Hickman, and his approach to humor.

Check out our preview of God Hates Astronauts #1 after the interview.

So, for those who have no idea what God Hates Astronauts is, give us the pitch. What is GHA and why is it awesome?

GHA is a surreal book that parodies everything from Die Hard to Jack Kirby's New Gods to The Simpsons. It's about a group of "super powered" idiots whoa are in charge of keeping farmers from illegally launching themselves into outer space in homemade rocket ships. Unfortunately, they aren't very good at their job, and intergalactic repercussions loom on the horizon. The book is sort of like the Venture Brothers mixed with The Tick and an adult version of Adventure Time.

Where did this story come from? I know there was the original GHA web series, but before that were these characters you had been putting together for a while before?

Nope. I think one of the keys to the series is the total lack of planning. The first issue was adapted from a 24 hour improv comic that I had done. The new series has a bigger scope than the old stuff. I've got a bunch of broad outlines of where things are going and then I just figure it out when I need to draw the pages.

Is this new GHA series from Image Comics an ongoing? I think I remember reading somewhere that it's going to end up being five trades' worth of story? Is that true or did I completely make that up?

It is an ongoing and I plan to keep putting it out as long as I can afford to. Five trades would be awesome, but if it's still paying the bills at that point I will keep going.

How do you approach the writing/drawing process for the book? Do you start by writing and build it up from there are do the drawings come first and the dialogue/narration second?

I make these loose outlines of the story arcs. Then I break them down to a sentence about what happens on each page. Then I draw the page. THEN I figure out what the hell everyone's saying. It's a very organic process. I add and take away panels a lot and find new jokes at ever step of the process.

What would you say comes first in your mind, the story or the jokes?

On the first series it was the jokes. Now it's the story first, and as I work on it I find more and more jokes and stupid things to throw in there.

What materials do you use for the drawing side of the book? Do you have a particular set up you like to use specifically for GHA?

I do my layouts digitally and then print them on the page in blueline. I draw with blue pencil and ink with a brush and pens on the page and then scan it in and clean it up in Photoshop.

Do you have a notebook full of jokes and gags you're just waiting to get into in the story?

I keep notes in my phone for character and joke ideas. I never know when they are going to strike me.

You took a break from GHA to do some other work, including a handful of issues on The Manhattan Projects with Jonathan Hickman and Bedlam with Nick Spencer. Do you think you learned things from those projects that are helping you on this new incarnation of GHA?

Absolutely! It was great working with those guys and they pushed me to work fast and consistently. Jonathan Hickman especially helped me to figure out how to make a monthly book and keep it on schedule which is really coming in handy with the new GHA series.

Finally, what are you reading/listening/watching these days? What has you really stoked?

I'm loving a lot of what Image has to offer. Southern Bastards, Chew and Manhattan Projects are big must reads for me. I'm excited to see Chris Burnham and Grant Morrison's new Image book and I'm looking forward to Sundowners from Tim Seeley and Jim Terry over at Dark Horse. 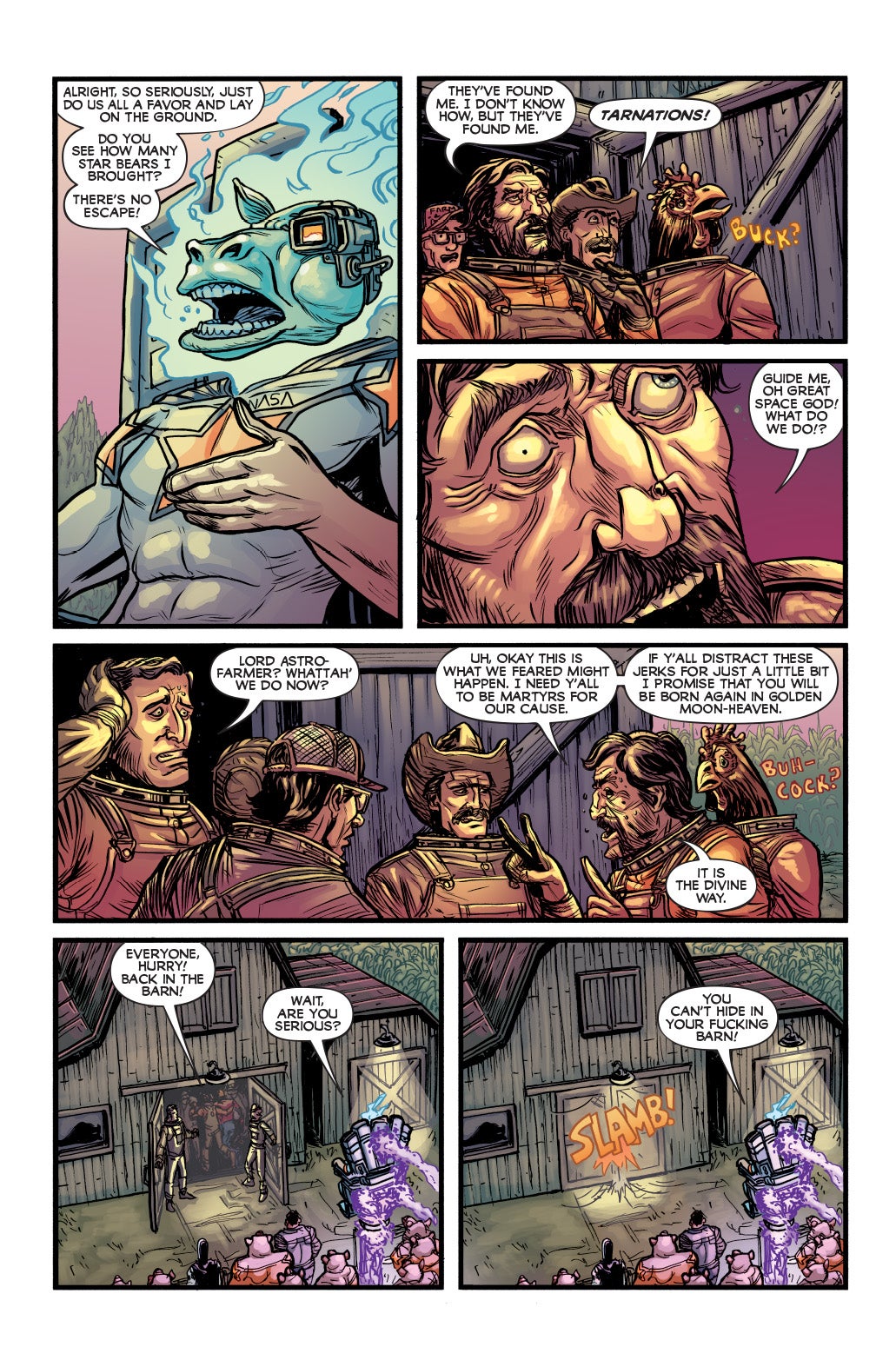 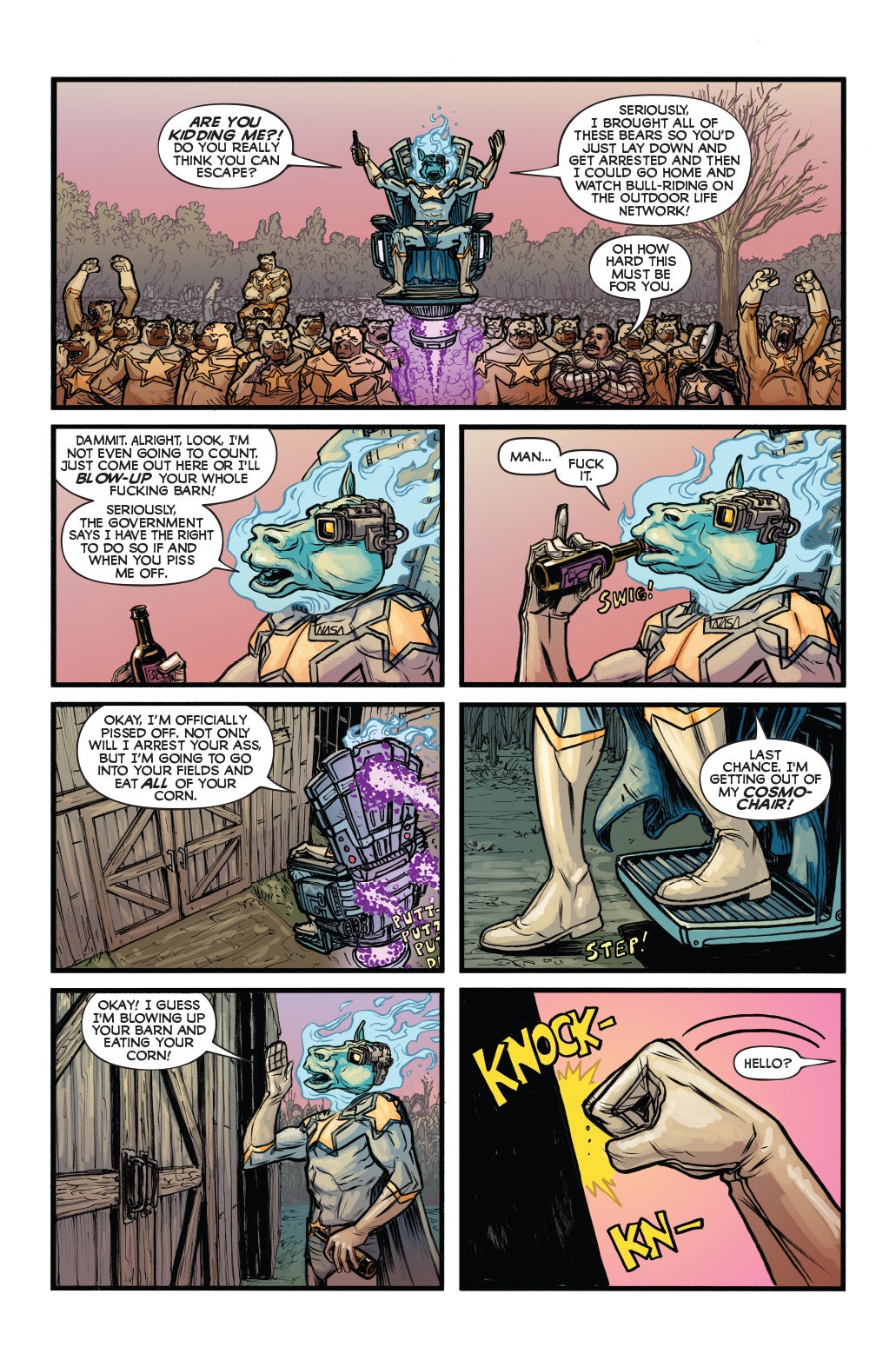 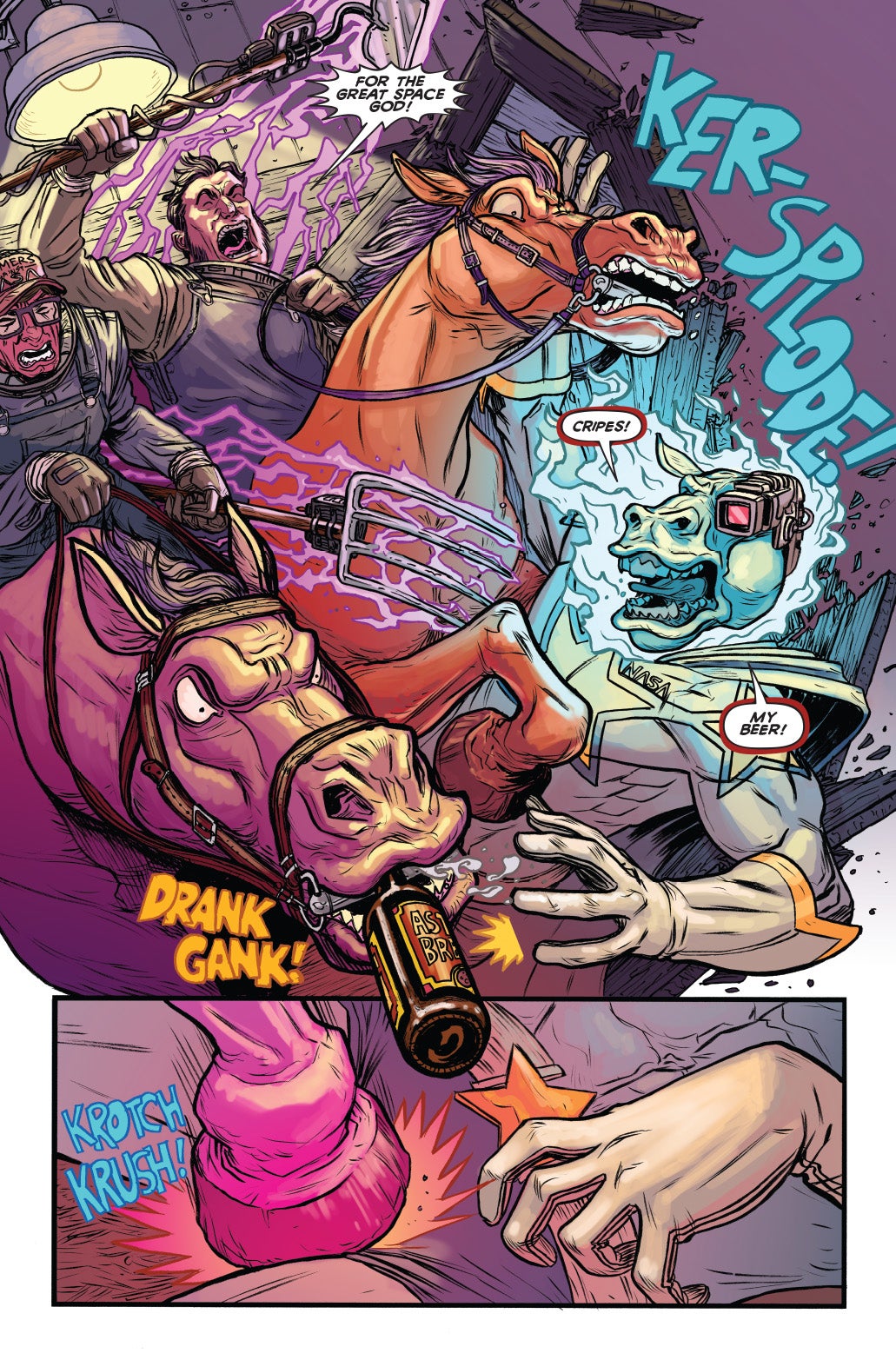 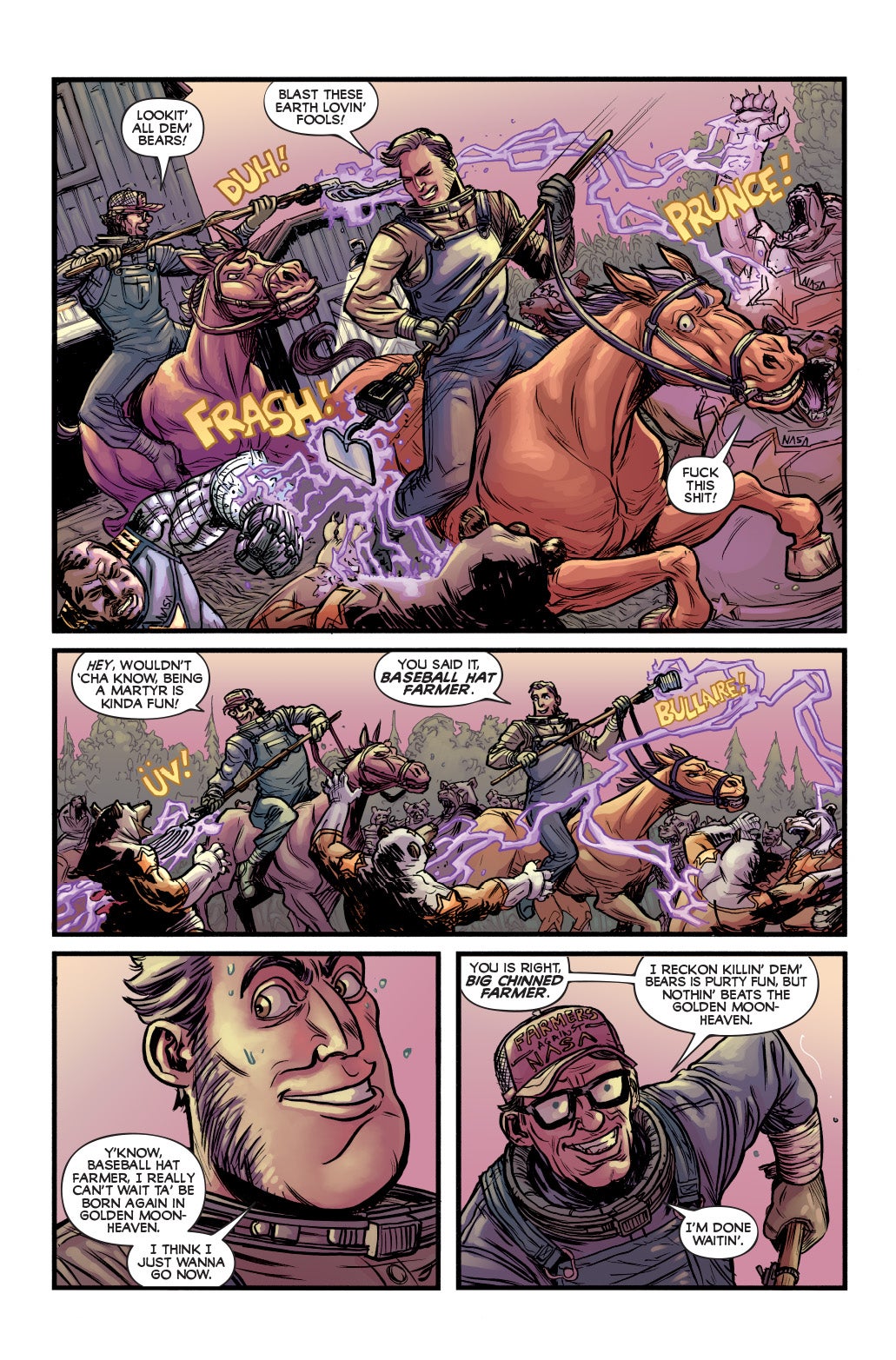 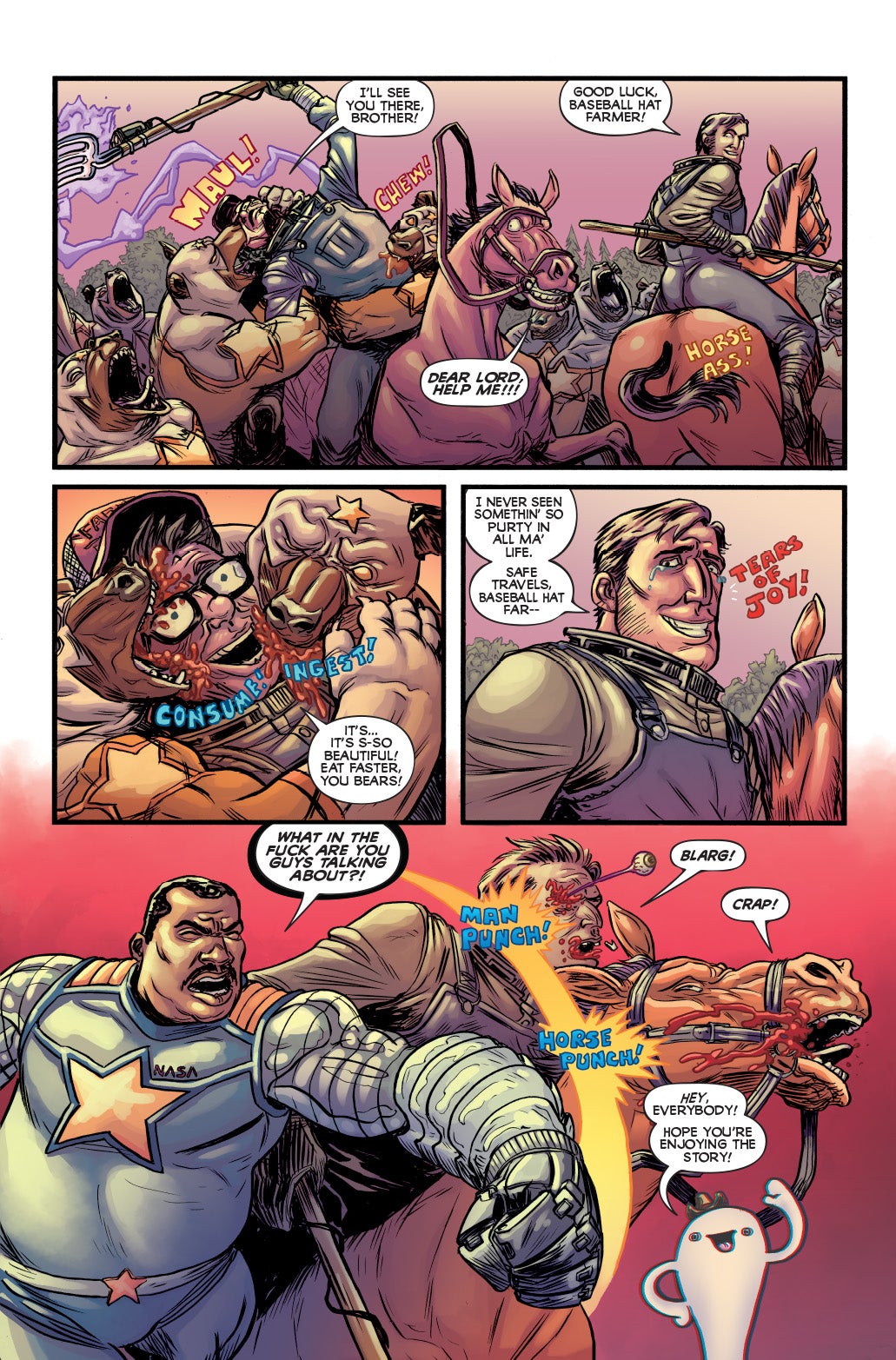