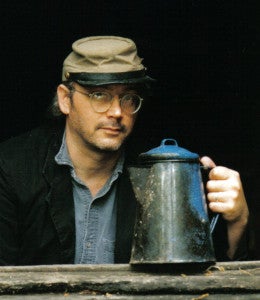 Scott Nicholson is the international bestselling author of more than 30 books, including The Home, The Red Church, Liquid Fear, the After post-apocalyptic series, The Harvest, Speed Dating with the Dead, and many more. He's also written the children's books If I Were Your Monster, Too Many Witches, Ida Claire, and Duncan the Punkin, and created the graphic novels Dirt and Grave Conditions. So what's he doing writing fan fiction? Well, he's part of the ambitious launch of Amazon's Kindle Worlds initiative, which allows fans to contribute stories to a number of franchises whose intellectual property owners have licensed the rights to Amazon. More specifically, he's written a Kindle Worlds novel set in the Valiant Comics universe--and more specifically than that, it's set in the world of Archer & Armstrong, a book that we've discussed quite a bit here. Nicholson's Archer & Armstrong: Fortune Favors the Bold is available now from Amazon, 99 cents for a 16-page story that sees the characters captured by the One Percent. Nicholson joined ComicBook.com for a discussion about his book, Kindle Worlds and the influence of comics on his overall output. ComicBook.com: You're a horror guy. While you've certainly done a wide variety of work over the years, I wouldn't immediately think of you for a book like Archer & Armstrong, which blends historical, epic action and humor. How did your involvement come about? Scott Nicholson: Comics were actually one of my first influences, especially those old House of Mystery and Tales from the Crypt types of comics, with short horror tales ending with a twist. I even made my own comics as a kid, using folded notebook paper. I got back into comics in the 1990s during the indie boom, and Archer & Armstrong was one of the books that really appealed to me. 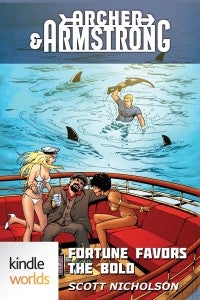