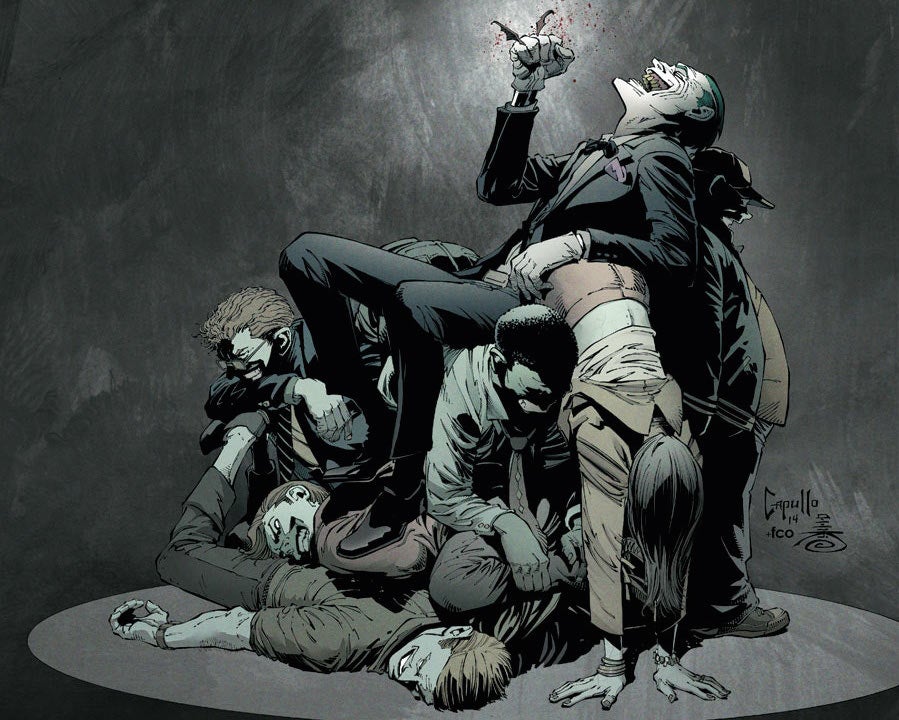 When the dust settles from Batman and The Joker's massive battle in "Endgame," the Dark Knight will find himself with a much different status-quo.

"I want readers to open it, and have it feel like Batman #1. And it's not an official renumbering, mind you. But I want it to feel like Grant Morrison's Batman and Robin #1," he said. "The energy on that book, even after he had been on Batman for three years, was insane."

Now, Snyder is hyping those changes even further. In a new interview with Newsarama, he teased that Batman will be "a very high level of crazy." While remaining mum on just how the title will hit those levels of insanity, Snyder did reveal that his ideas have never been explored in Batman's entire 75-year history.

"Bottom line is, I couldn't be more excited to try it, because it hasn't been done, and it's personal," Snyder told the website. "It speaks to me. And Greg is 100 percent behind it. So we're all ready to go, and excited."

With two more issues to go in the current Endgame story arc, any major clues on where Snyder is heading won't arise for a few more months. The first details will most likely show up in March, when DC releases their June 2015 solicitations.

What do you think June holds for Batman? What could count as a "very high level of crazy" for Snyder and Capullo's Dark Knight? Share your predictions in the comments below.