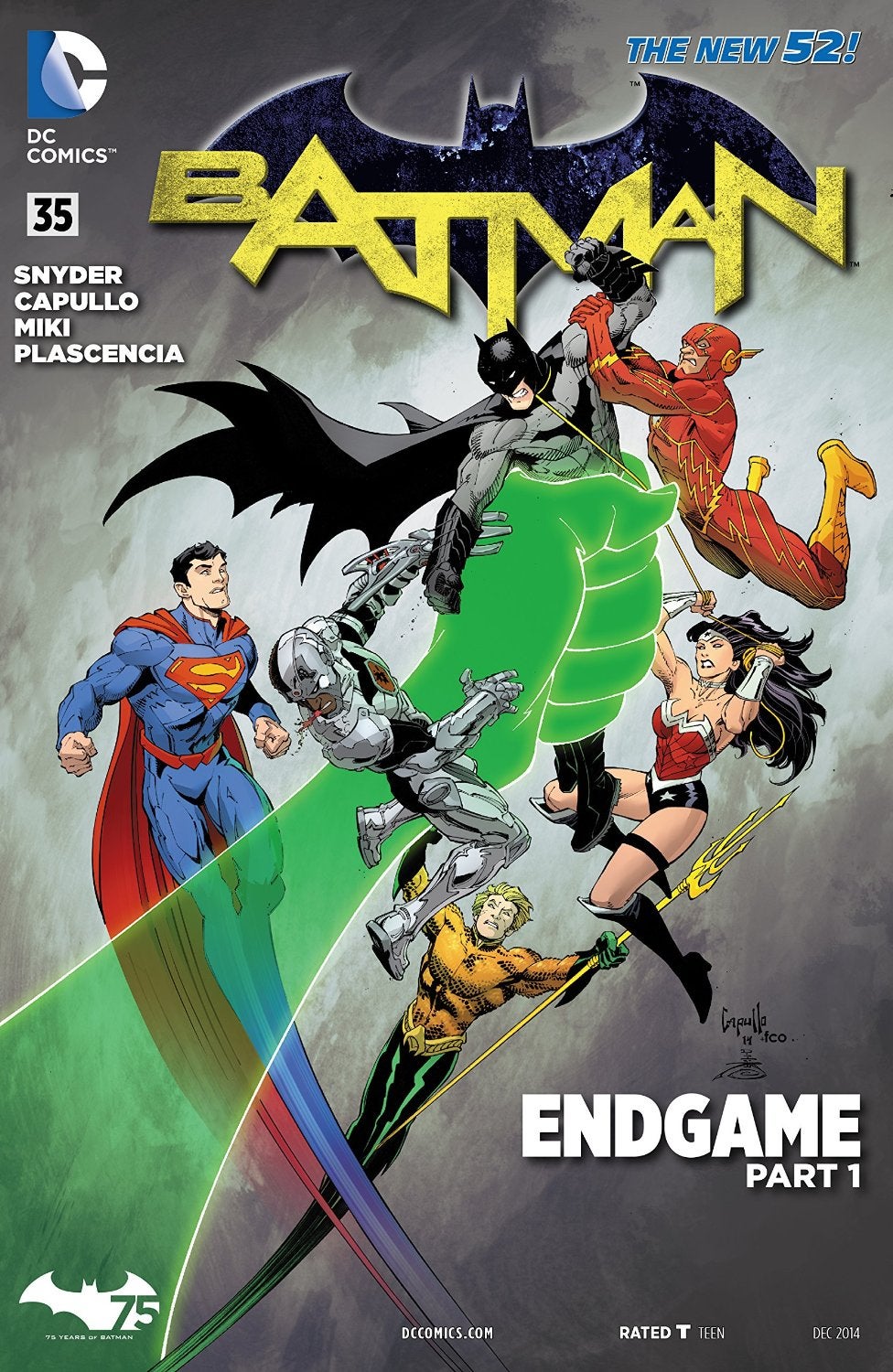 It's possible that DC Comics's Batman, one of the industry's top sellers nearly every month, will be the first ongoing, monthly title from the Big Two to have a standard (rather than one-time) price of $4.99.

That's because the comic, regularly $3.99, will add a backup feature starting with next week's Batman #35 that will increase the cover price by a dollar. The plans were apparently revealed to retailers fairly late in the game, but DC may not have considered the possibility of a backlash considering that adding $1 for 10-page backup features has been standard practice there for about a decade.

Once they made their way public, though, fans weren't happy -- and superstar writer Scott Snyder heard them, and swooped into action:

Regarding the price point on Batman, @GregCapullo and I heard about it yesterday w/you, and quickly made a case to DC about reducing it. 1/2

And I can genuinely (happily) say that DC are taking it very seriously, which we appreciate. Stay tuned.

He seemed to suggest that, even if they cannot reverse the policy, the change would be temporary, not permanent, with the storyline restricted to six issues.

The story is designed to be a celebration of Batman's 75th, so it's pretty huge in scope (tho only 6 issues), with backups featuring

an amazing roster of bat-artists. So come celebrate with us (there's a big surprise in #35, too, promise)! But - all that aside, Greg and I

have always said that we're employed by DC but we work for you, and we feel that way, sincerely. Batman's popularity is YOU. And we want

you to feel like you're Gotham, b/c you are. So thank you for your support, and know that we hear you. Team Batman, and also DC.