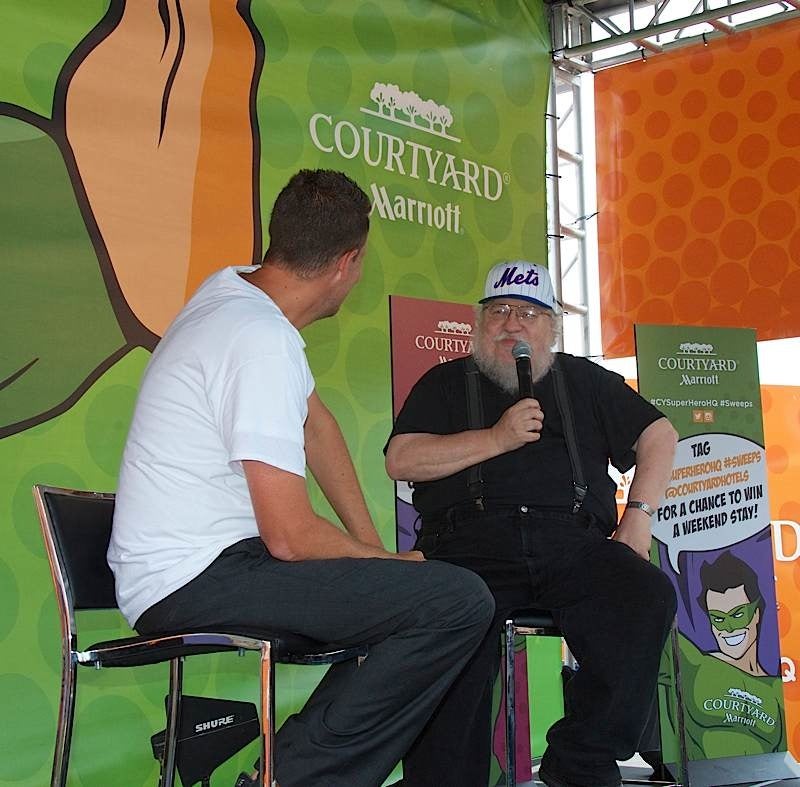 During a Q&A yesterday at the Courtyard Superhero HQ down the street from Comic Con International: San Diego, Game of Thrones creator George R.R. Martin appeared before a group of fans, answering questions and -- as often as not -- having a little fun at the question's own expense.

Asked whether he preferred Batman or Superman, Martin picked Spider-Man. Asked to choose between the power of flight or invisibility, the author wanted a Green Lantern ring (would it kill the guy to pick super-speed and use it to finish a book?) And when it came to the question of Star Trek or Star Wars?

"Forbidden Planet," answered Martin. "I own a movie theater in Santa Fe, New Mexico, the Jean Cocteau Cinema. It was an old movie theater I bought and that had been closed for seven years but I reopened it last August and the first movie we opened with was Forbidden Planet, classic 1956 MGM science fiction spectacular and for you Star Trek fans out there: Hey, Star Trek was a lot of fun...Roddenberry stole everything from Forbidden Planet."

When that claim earned Martin a decidedly mixed response, including a couple of boos from the largely reverential audience, he elaborated.

"Long before the Enterprise there was the C57D and Captain Adams before Captain Kirk and his doctor and his first officer forming a triad, investigating the ancient demise of the race of the Krell," said Martin. "And there was Robbie the Robot there, who was the best robot in science fiction history, man. You can keep R2-D2 and give me Robbie the Robot anytime."