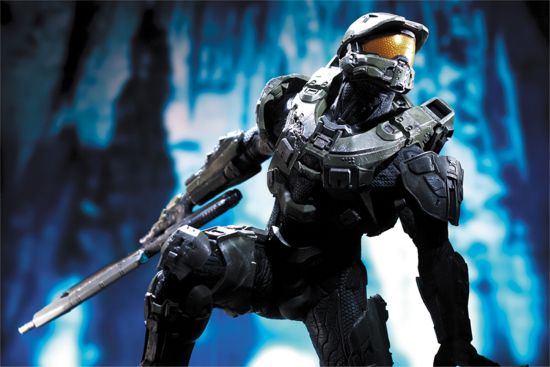 While Sony may have recently put the comics Internet on notice by announcing the acquisition of Brian Michael Bendis and Michael Avon Oeming's Powers, which will go straight to series on PlayStation Network and so finally get at least one full season rather than just another pilot, their closest competitor -- Microsoft's Xbox Entertainment -- will reportedly develop not one but two series based on the hit Halo video game franchise, Variety reports. The trade says that the second series, which will be developed by 343 Entertainment and Scott Free Television, will be a "more modestly budgeted iteration" in the vein of  the Halo: Forward Unto Dawn short-form episodes, which originated on Xbox before getting distribution on other digital platforms. Ridley Scott and Scott Free TV president David Zucker will executive produce, while Battlestar Galactica's Sergio Mimica-Gezzan will direct.