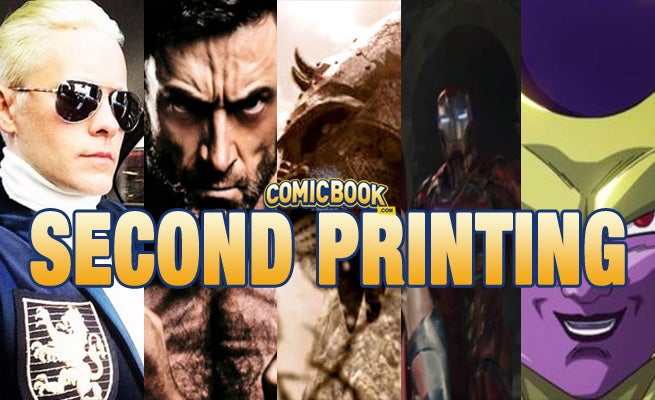 Happy Friday, it's ComicBook.com's Second Printing, where we take the week's biggest issues and put them all in one place to make sure you don't miss a thing! It was a week full of teases and announcements and we have them all for you. Join us in the video below to catch up on all the glorious moments of the week.

Marvel Studios released the third trailer trailer for Avengers: Age of Ultron. It featured a look at The Vision, a new Iron Man suit, and a joke for the first time in movie's campaign so far!

Wolverine 3 will begin filming early next year according to James Mangold's Twitter.

A photo of He-Man's Battle Cat surfaced earlier this week from an executive rumored to be attached to a live-action Masters of the Universe film.

Jared Leto is preparing to shoot the upcoming Warner Brothers/DC Comic adaptation Suicide Squad by cutting off almost all of his hair and shaving his beard. He didn't stop there though. He even shaved his eyebrows for the role.

Toei Animation released a trailer for Dragonball Z: Resurrection of F and in it, fans got a look at Frieza in his golden form.

Which story of the week was your favorite? Wolverine 3 starting production in or early 2016? Which trailer got you more excited, Dragonball Z or Avengers?