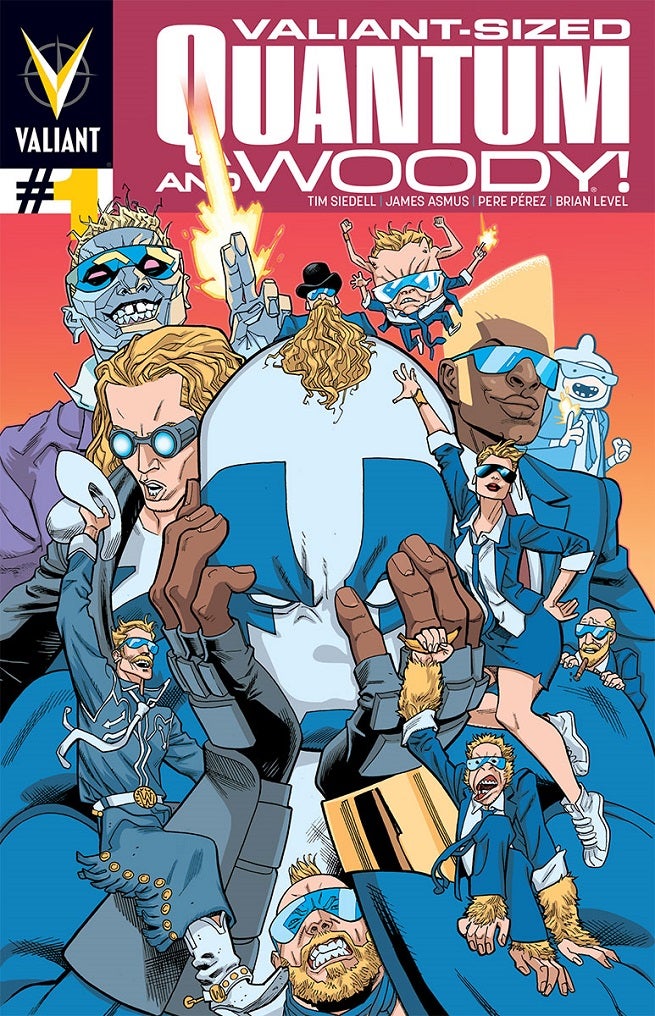 DC and Marvel may have announced suspiciously-similar-sounding massive, continuity-spanning events this week...but Valiant have Quantum and Woody!

And, yes, they aren't kidding with that headline: it really is a multiverse story. Becuase God bless Quantum and Woody.

Check out the preview pages and solicitation text below. The issue hits the stands on December 3. 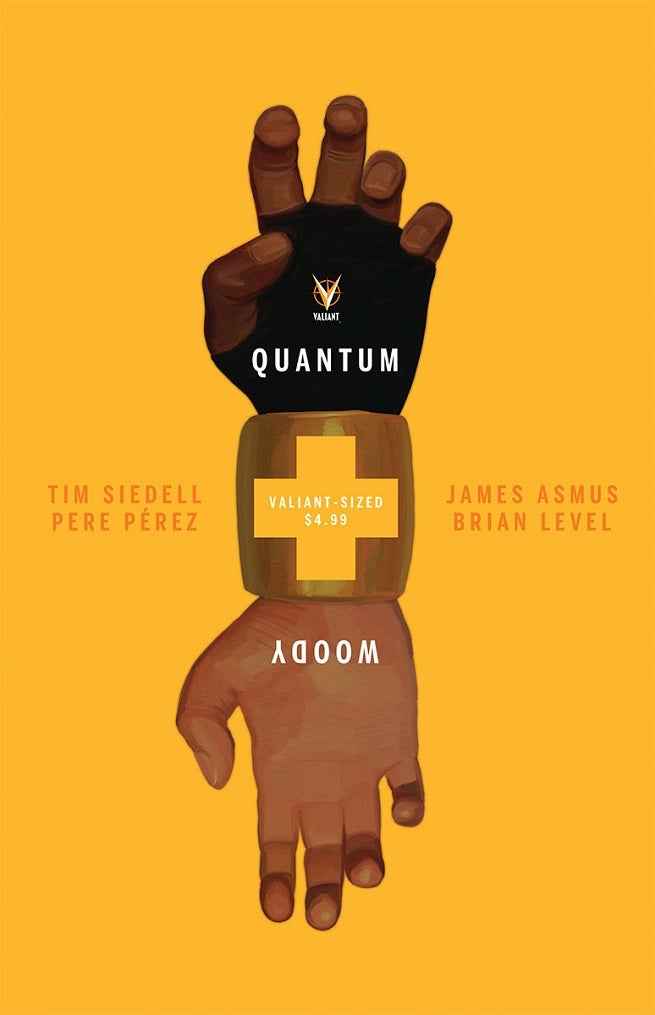 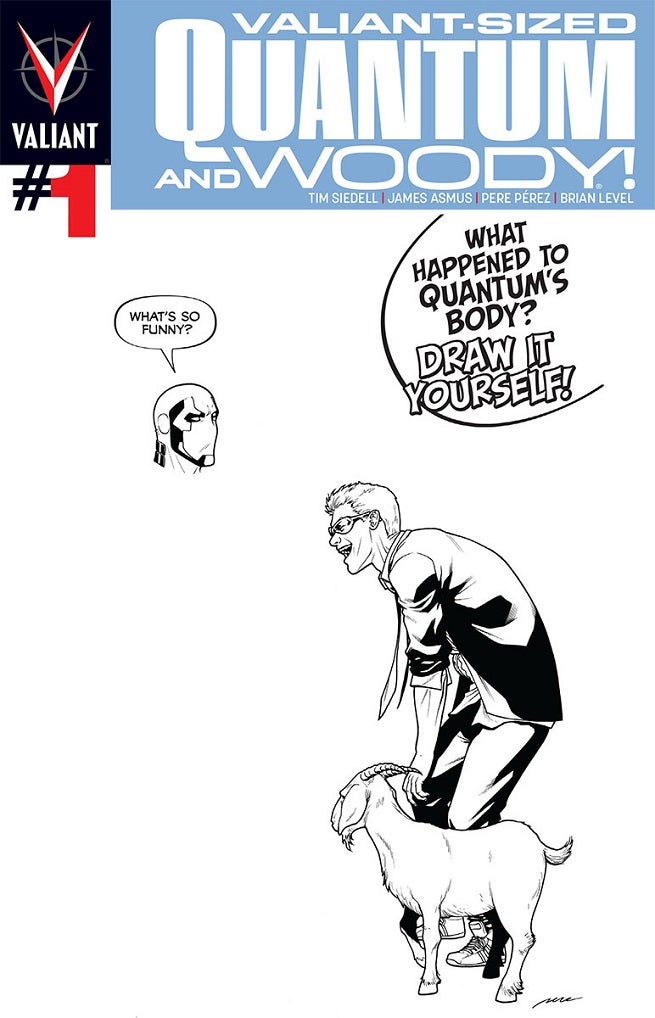 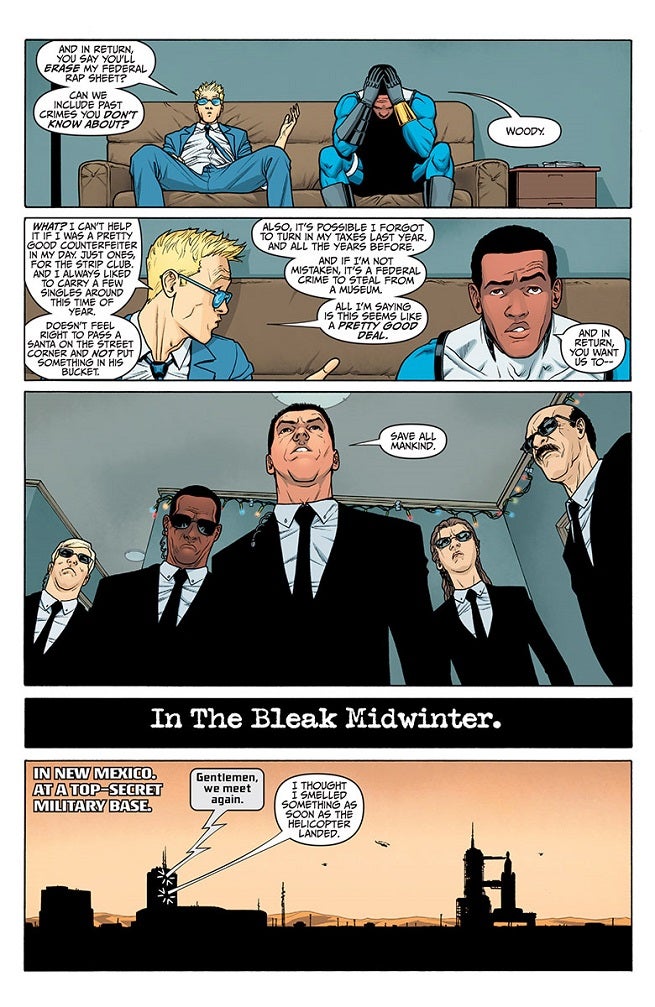 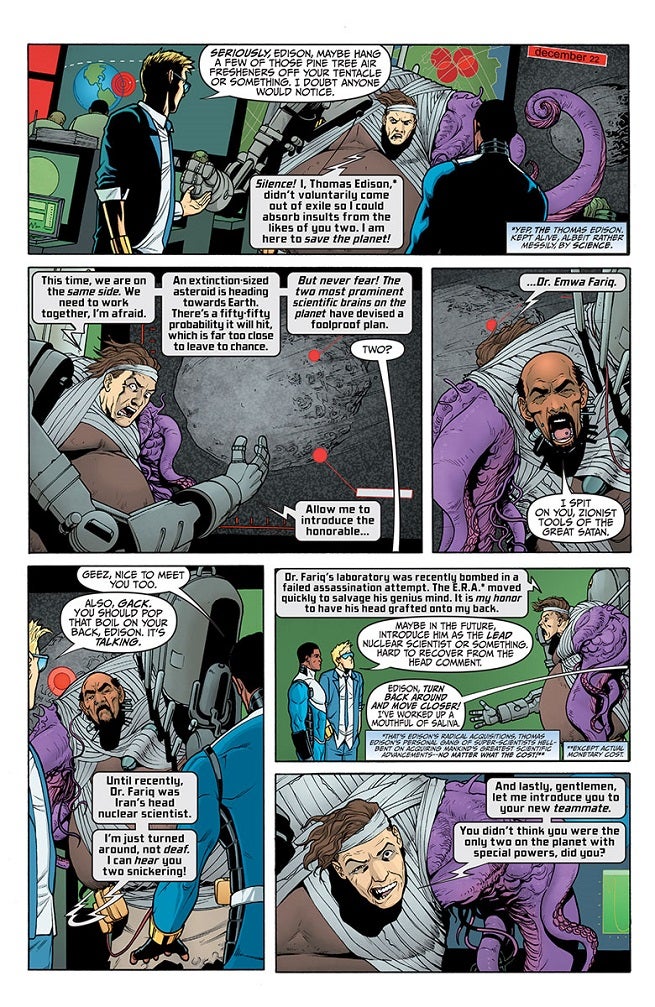 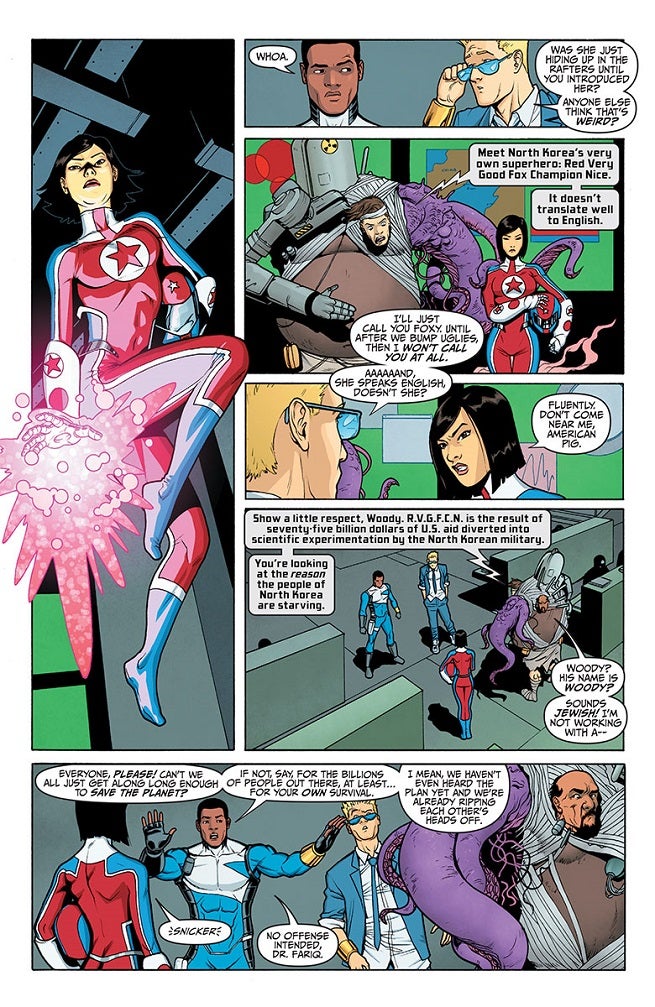 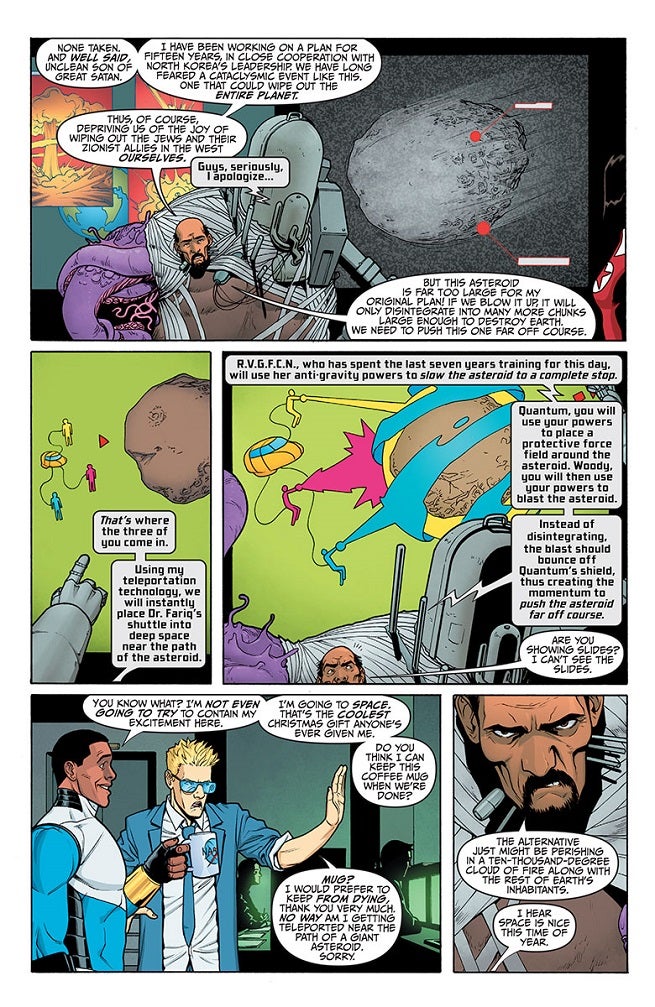 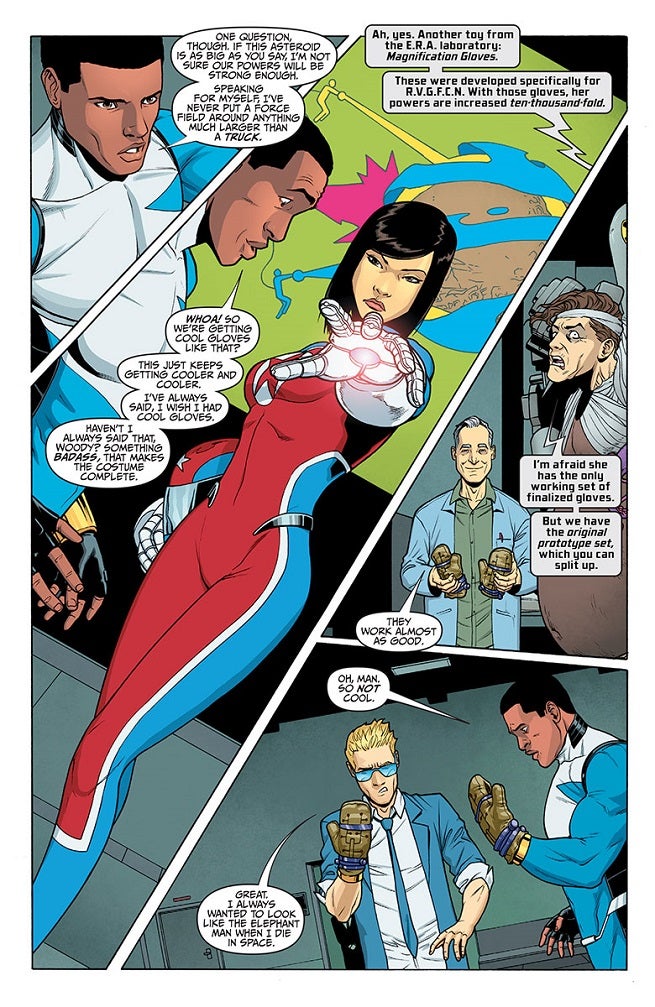 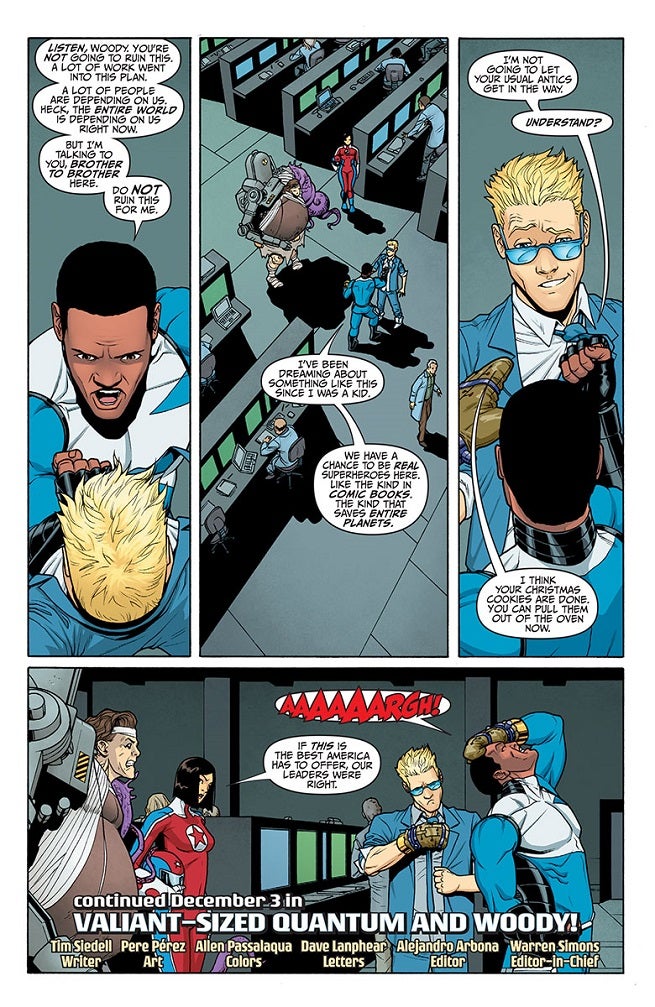 When an asteroid with a fifty-fifty chance of hitting Earth is spotted hurtling toward the planet, the unlikely super-team of Quantum and Woody are drafted onto the international team of specialists tasked with stopping it! But when the duo inadvertently cause a training exercise to go horribly wrong, they manage to doom the entire planet along with the only team capable of saving it. With few options and less time, Woody decides to ditch our world and escape into another through a secret space-time rift created by his arch-nemesis – old timey clone-Frankenstein-robot Thomas Edison! (No…you shouldn’t ask.) Our Woody’s betrayal, however, leaves the door to our dimension open to THEIR counter-Woody and his own counter-asteroid…leaving two worlds in the balance as two Woodys cut a reckless rampage through the multiverse!