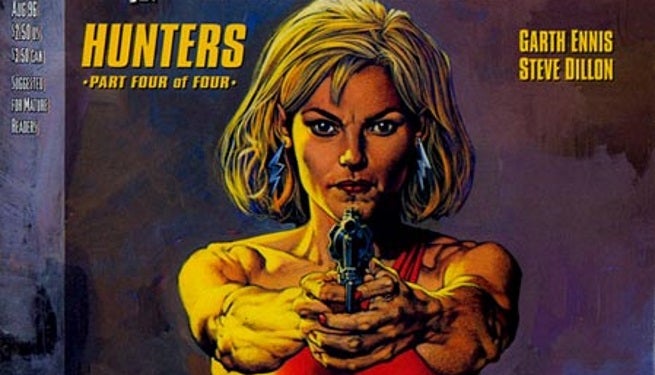 Seth Rogen has tweeted and image of a line of dialog from a script for the AMC television adaptation of Preacher.

The line is from Tulip O'Hare, Jesse Custer's lover. Apparently, she has some skill with building bazookas.

Rogen and his writing partner, Evan Goldberg, wrote the script for the Preacher television series, which was picked up to series by AMC in May.

Preacher is expected to premiere on AMC sometime in 2015.