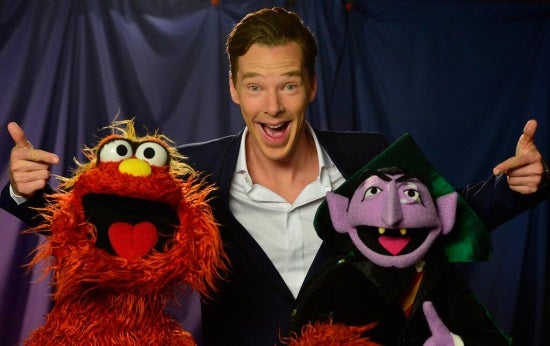 It looks like the ever popular Benedict Cumberbatch will be visiting Sesame Street, based on this photo of Cumberbatch hanging out with Murray Monster and The Count posted on the PBS Twitter account with the hashtag "Counterbatch." Cumberbatch is the star of Sherlock, which also airs on PBS's Masterpiece, and has played the role of the villainous Khan in Star Trek: Into Darkness and provides the voice of the dragon Smaug in The Hobbit trilogy. No news on an air date for his episode yet.