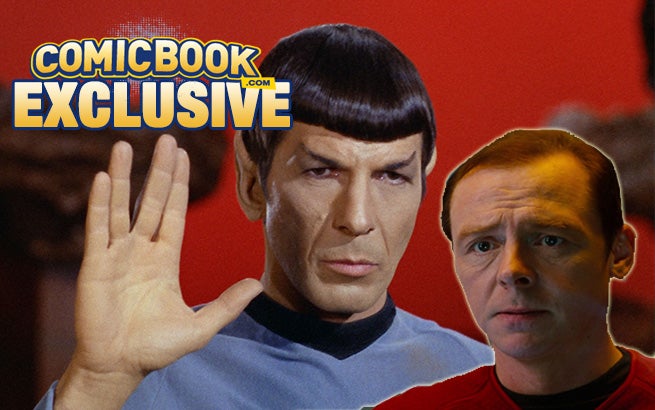 Earlier today , ComicBook.com had the chance to catch up with Simon Pegg for an exclusive interview ahead of Paramount's CinemaCon presentation. During our chat with the Trek star, he mentioned his hopes and plans to pay tribute to Star Trek legend, Leonard Nimoy, in the franchise's third installment.

Since he's writing the Star Trek 3, there's a good chance he'll be able to make it happen. Check out Pegg's thoughts below and stay tuned to ComicBook.com as we bring you more interviews from the CinemaCon show floor.

CB: With Leonard Nimoy passing away, is there any sort of tribute we can expect with the upcoming Star Trek 3?

SP: It would be crazy not to pay a tribute to Leonard in some way. His part in Star Trek and his effect on the world through Star Trek has been enormous... It's also the 50th anniversary of the show as well, so I would hope there will be some kind of acknowledgement. What form that takes? Wait and see but he is literally a legend and his passing is very sad.

CB: Wonderful guy from what I've heard. I never had the pleasure of meeting him.

SP: He was extraordinary and getting to work with him was a real pleasure.

What sort of tribute to Leonard Nimoy would you like to see in Star Trek 3? Something along the lines of the CGI used in Furious 7 for Paul Walker?

What do you think ComicBook.com readers? Let us know below!