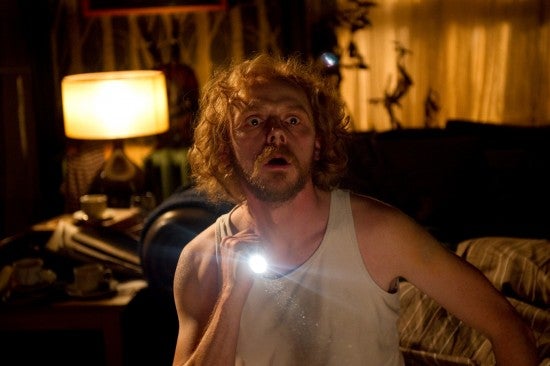 Simon Pegg may have recently reiterated that he's not interested in playing a role in his friend Edgar Wright's Ant-Man movie--but what he does have coming to the U.S. is A Fantastic Fear of Everything.

The film, which has been released already in the U.K., features Pegg as a struggling author who has fallen into the trap of being a children's author--and is, as a result, haunted by a bizarre, stop-motion avatar based on his most famous character.

Check out the strange, funny and very promising trailer below.  A Fantastic Fear of Everything hits VOD on January 7, and then theaters on February 7.

Simon Pegg's New Movie Trailer: A Fantastic Fear of Everything