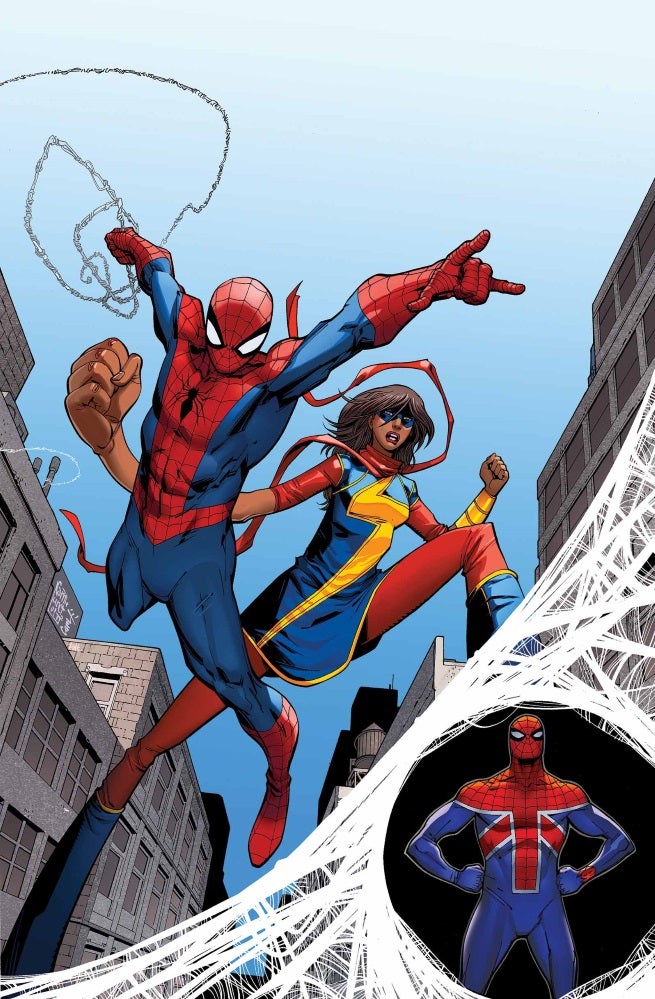 Marvel Comics has released a preview of Amazing Spider-Man #7, featuring the first team-up between Spider-Man and the new Ms. Marvel, Khamala Khan.

In the Edge of Spider-Verse issue, from writers Dan Slott and Christos Gage and artist Giuseppe Cammuncoli, Spidey and Ms. Marvel join forces to confront the mysterious Spider-UK, who looks like a strange amalgamation of Spider-Man and Captain Britain.

The issue leads into this fall’s big Spider-Verse event. Amazing Spider-Man #7 goes on sale in October. 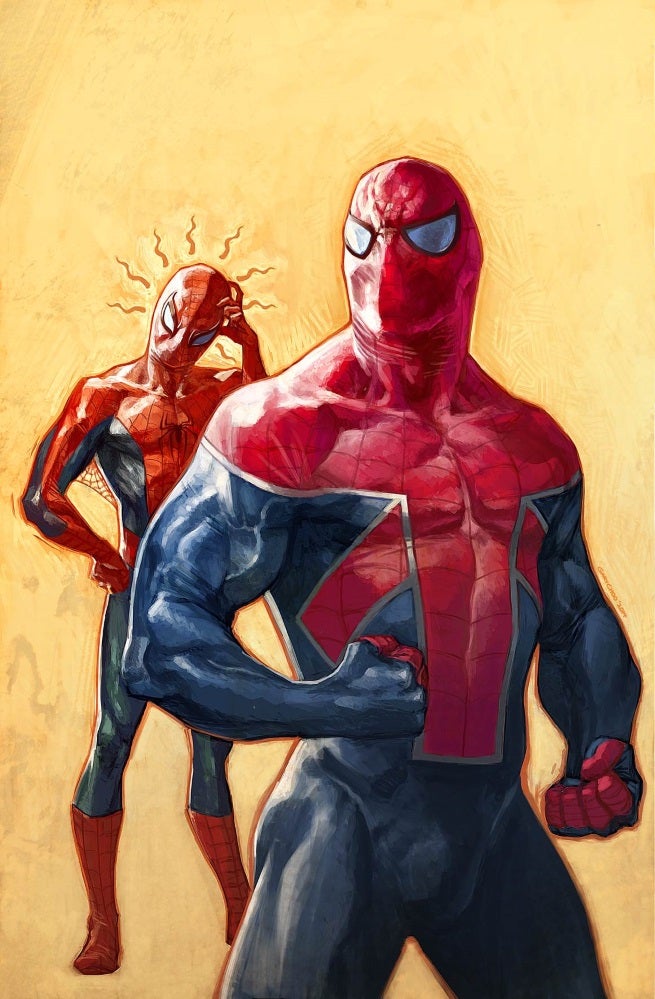 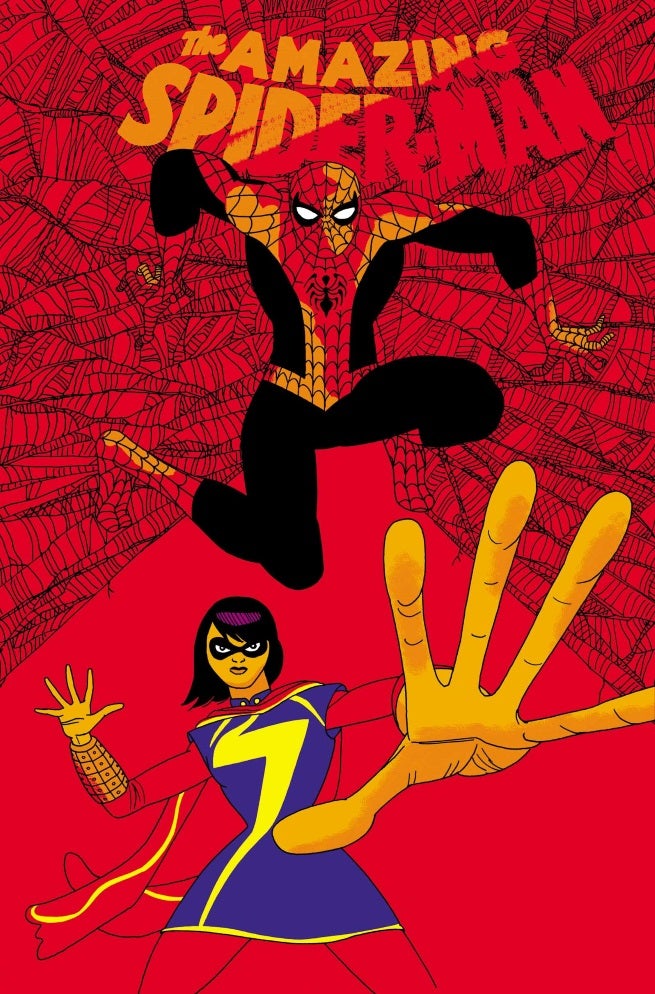 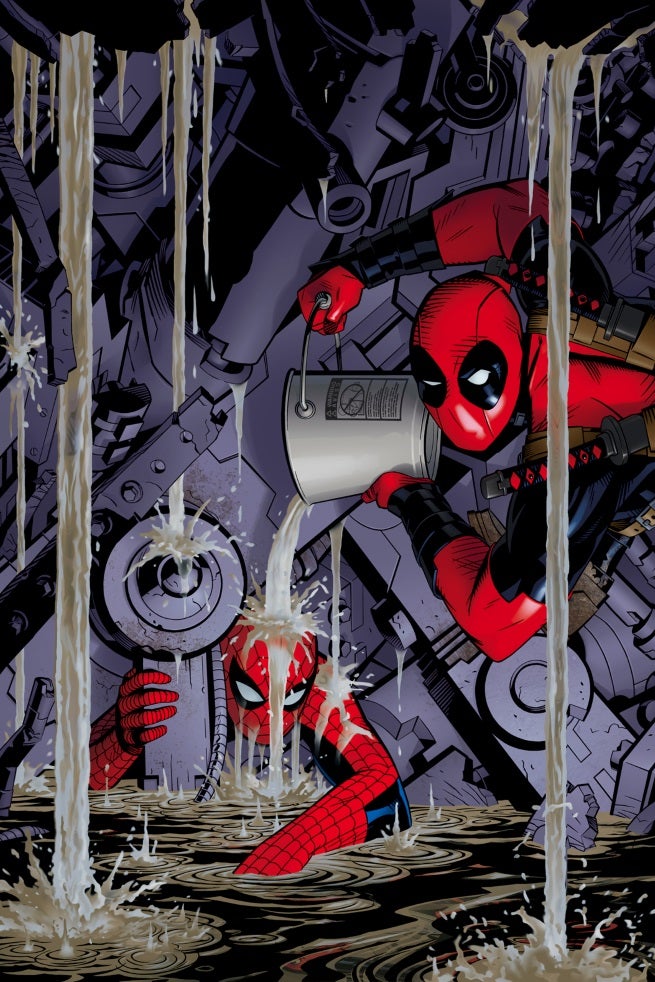 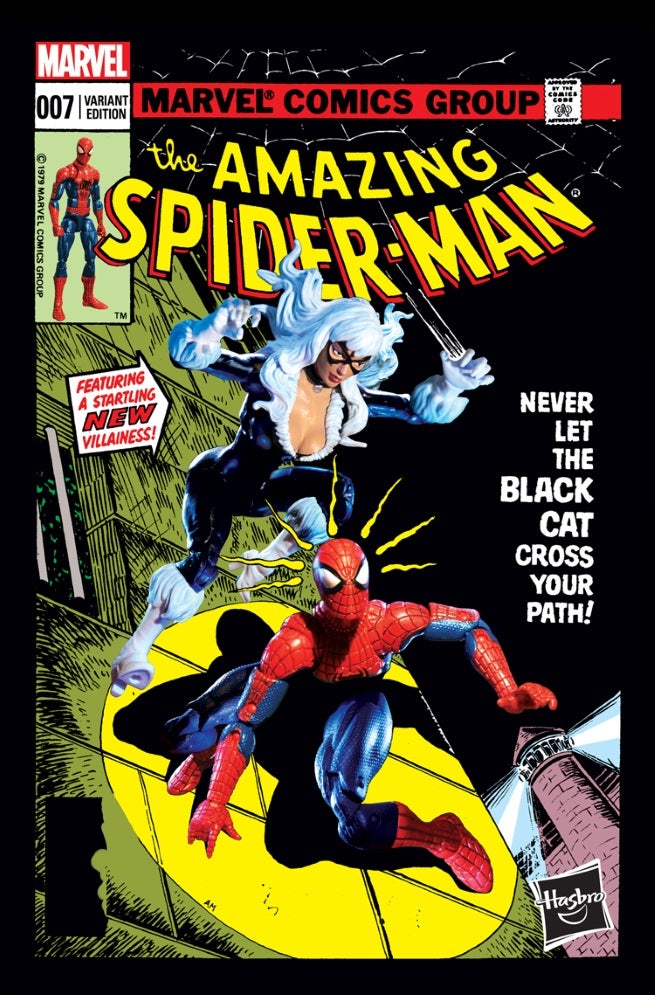 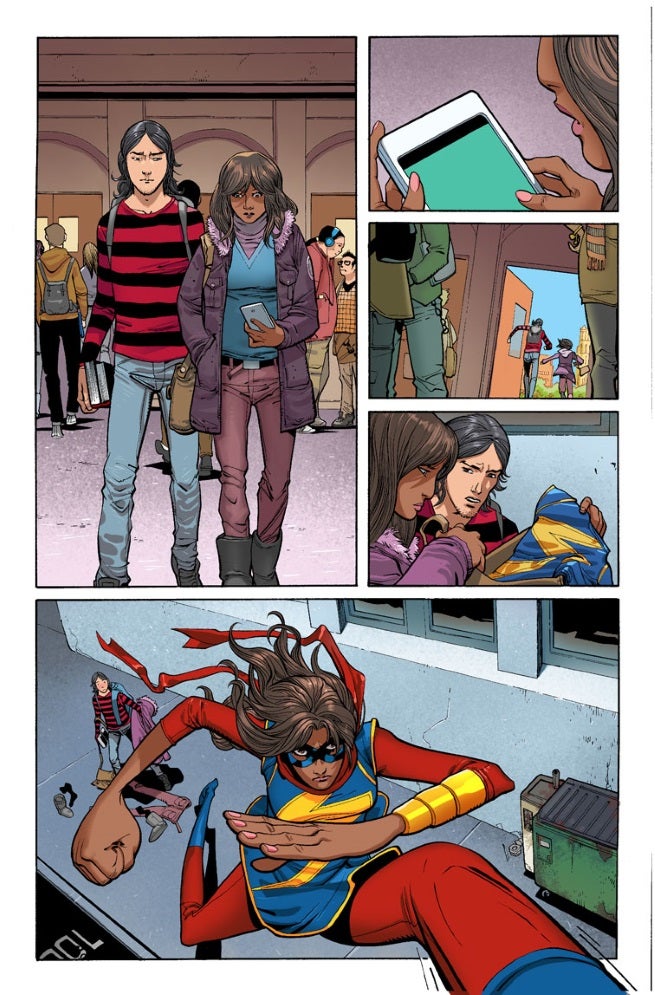 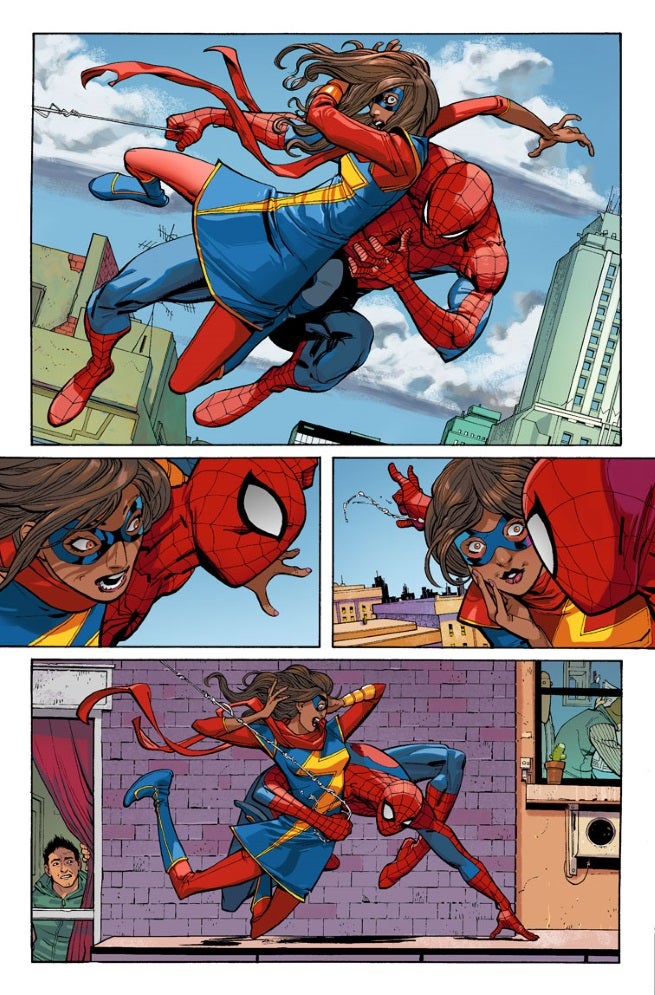 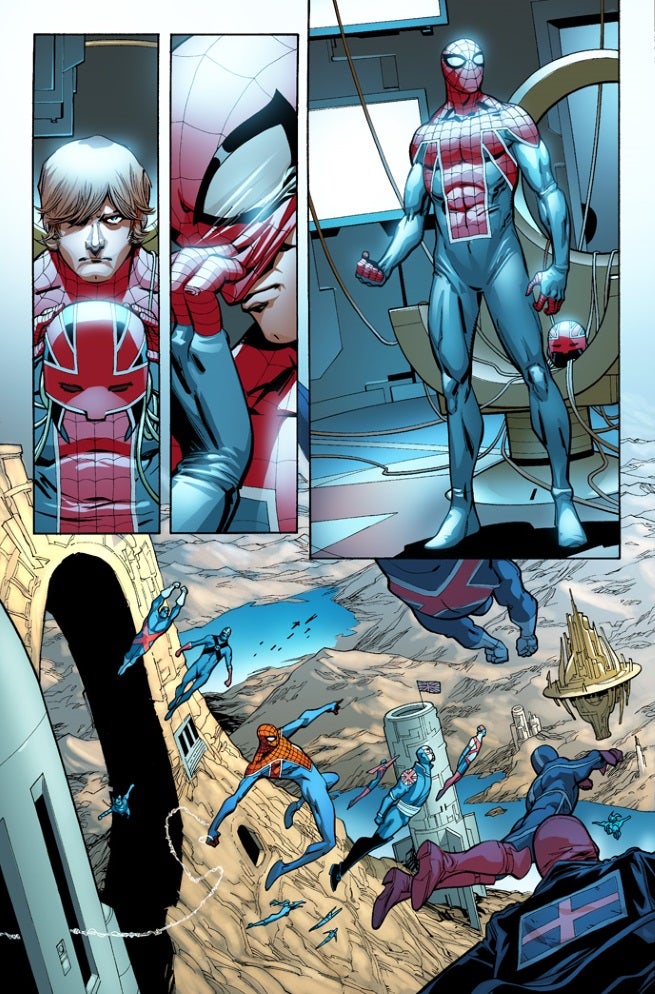 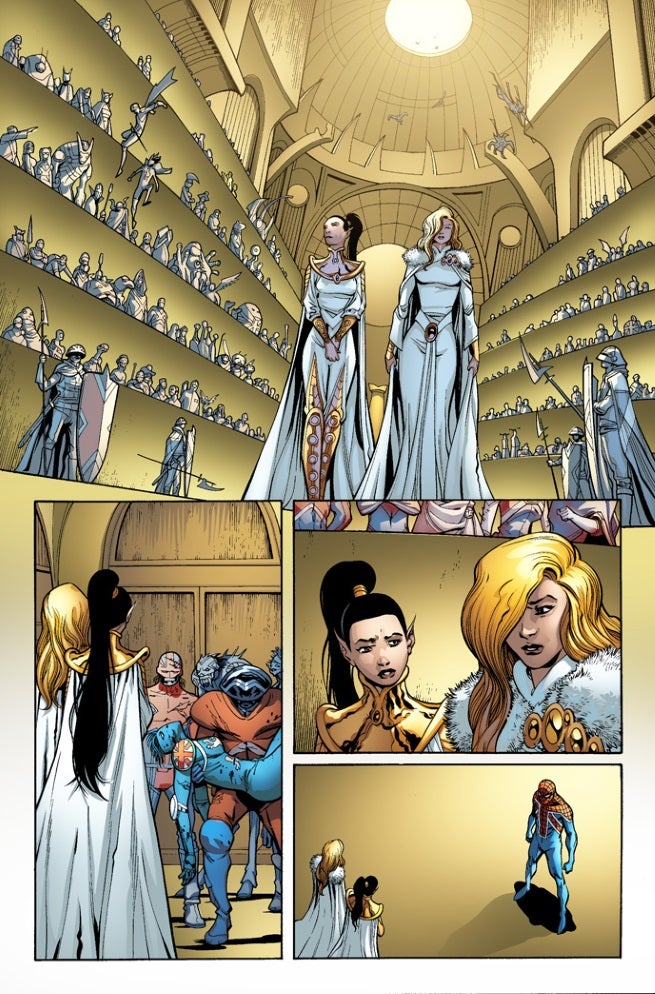