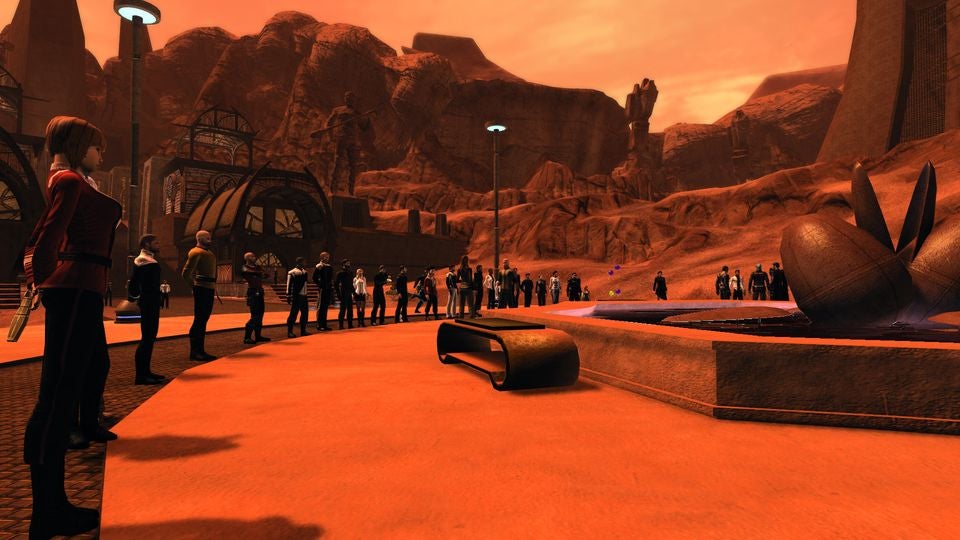 Following in the footsteps of World of Warcraft's magical tribute to the late Robin Williams, Star Trek Online will feature an in-game tribute to veteran Star Trek actor Leonard Nimoy, who passed away yesterday at age 83.

"I want to once again express my heartfelt condolences to the friends, family, and fans of Leonard Nimoy," said executive producer Steve Ricossa in a statement. "Everyone at Cryptic Studios was saddened to hear of his passing and we want to make sure we never forget the cultural impact of the man or the character he played. To that end, the Star Trek Online team will implement a standing in-game memorial to Spock and Leonard Nimoy this Thursday March 5th with our regular weekly maintenance."

"In this way, we hope to keep his memory as alive in our game as he is in all of our hearts," Ricossa added.

Polygon reports that yesterday evening, at least 1,000 players spontaneously traveled to the in-game world of Vulcan to pay their respects, some of whom were captured by Reddit user MrMorlonelycat in the image at top.